The debate over American health care didn't end with the passage of the Affordable Care Act. Now that the law is in place and its provisions are slowly becoming reality, the discussion has shifted to questions regarding whether the benefits are worth the costs, and whether we will actually be a healthier nation once every citizen has health insurance. 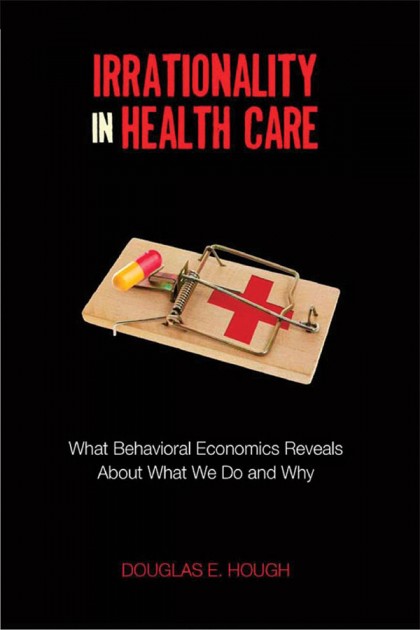 Image caption: In his new book on health care, Douglas E. Hough of the Bloomberg School of Public Health and Carey Business School argues that imperfect people are making imperfect decisions, and behavioral economics does a better job than mainstream economics of explaining and predicting this reality.

Johns Hopkins University health economist Douglas E. Hough hopes that his new book—which looks at the state of American health care through the lens of behavioral economics—will be helpful in framing this new wave of discourse in a more productive way. Irrationality in Health Care: What Behavioral Economics Reveals About What We Do and Why (Stanford University Press) encourages patients, physicians, and policymakers to take a harder look at our actions and reactions so we can make better choices for our health and well-being.

Hough examines 23 health care anomalies such as, Why would requiring everyone to buy health insurance make everyone—including those who don't want to buy health insurance—better off? Why would giving consumers lots of choices in their health care plans be a bad idea? Why do patients insist on getting a prescription, shot, or test when they go to a physician for an ailment?

"Consumers and providers need to recognize the power of these behaviors if we want to improve the performance of the health care system and get what we pay for," says Hough, who has faculty appointments in both the Bloomberg School of Public Health and Carey Business School, where he teaches economics to public health students, physicians, and other health care providers.

Hough, who has served as a research economist at the American Medical Association, says that the problem with using traditional economic theories to shed light on how we make our health care decisions is that those models assume that patients—and even physicians—always act rationally. But most of the time, there isn't enough information available to make a thoughtful choice, Hough says. Patients are not well-informed about the services they buy, and because their health insurance company pays for most of their care, they are disconnected from the real costs. Simultaneously, doctors aren't savvy businesspeople; as healers, they are motivated by a complex set of goals and not just their fiscal bottom line.

"Behavioral economics is more widely applicable to patient and physician behavior in the United States and requires fewer assumptions about human behavior," Hough says. "Patients do not have to act like calculating machines to make sound decisions about their health, but neither are they passive participants in their care. Physicians do not have to be the perfect amalgamation of Marcus Welby and Gregory House in addition to acting as profit-maximizing businesspeople. Behavioral economics allows people to be reasonably rational while also stumbling in predictable ways."

Because standard economic ideas can't be readily applied to the nation's complex health care situation, several "folk theories" have emerged as possible explanations, Hough says, and in the vacuum of sound research, they have become the basis of guidelines and legislation. Hough refers to one theory as the notion of the "idiot patient" who is completely unable to make smart health care decisions—an idea that has formed the basis of laws banishing cigarette ads from TV and trans fats from restaurant fare. Similarly, the idea of a "physician conspiracy" where doctors collude with each other as well as pharmaceutical companies to stifle competition leads to bans on doctor-owned hospitals and to ordering tests performed by the prescribing doctor.

"Something less dramatic, and more ordinary and forgiving, is going on here," Hough says. "Imperfect people are making imperfect decisions, and behavioral economics does a better job than mainstream economics of explaining and predicting this reality." Hough cautions that this application of behavioral economics is new and needs further study before it becomes widely used to inform policy changes. He suggests that new research should include finding ways to help patients make more informed decisions, determining the tipping point between too few and too many choices in health care so patients can easily understand the available options, and using commitment devices and other tools to improve patient adherence to treatment regimens. 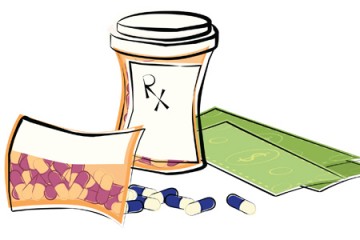