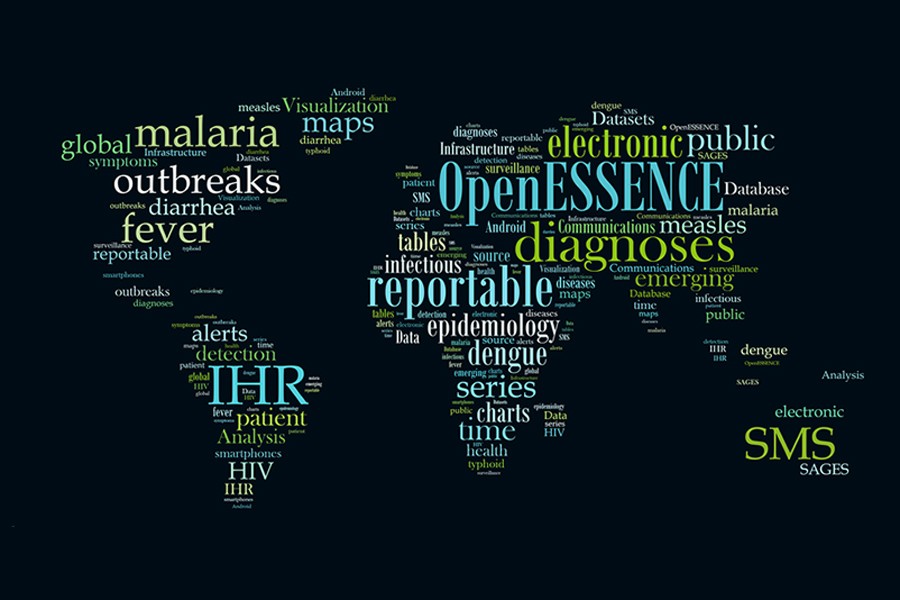 Public health officials around the world, especially those with limited capabilities or resources to meet World Health Organization International Health Regulations requirements for outbreak surveillance and reporting, can use a SAGES system that is both effective and secure. Through this initial open source code release, users can download and customize the various software to fit their needs, as well as contribute to the continued development of SAGES, which can be found at http://jhuapl.edu/sages.

"Having the ability to quickly detect disease cases is critical for global health security," says Lt. Cmdr. Christopher Perdue of the Public Health Service, who is project manager for GEIS.

SAGES analysis and visualization tools are modeled after the successful U.S. civilian and military surveillance systems known as the Electronic Surveillance System for the Early Notification of Community-based Epidemics, or ESSENCE, developed more than a decade ago by APL and the Department of Defense.

SAGES-based systems can use any combination of radios, simple cellphones, Android-based smartphones, tablets, and computers to collect data. In Central and South America, Southeast Asia, and Africa, public health collaborators have used SAGES tools to develop sustainable, customized electronic disease surveillance systems and provide vital end-user feedback to APL during development. "Resource-limited countries have traditionally lagged behind the information technology revolution in public health because of the challenges they face with IT infrastructure, resources, and cost of proprietary software," says Sheri Lewis, APL's Global Disease Surveillance program manager. "SAGES is designed to fit the needs of the local environment and uses the existing infrastructure and technology available, requiring minimal investment."

Those who modify the computer code may share their innovations with other users. APL and GEIS will continue to monitor the SAGES website and update the downloadable version as new components are tested and validated. "SAGES will promote fast and effective public health responses, and we want users to be involved in its ongoing development," Perdue says. "We have designed it to be highly adaptable and easily sustainable, while allowing each national authority to maintain control over its own data systems."