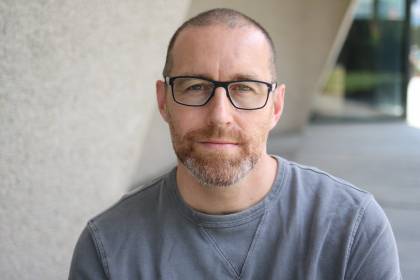 Thomas Rid is Professor of Strategic Studies and founding director of the Alperovitch Institute for Cybersecurity Studies at Johns Hopkins University's School of Advanced International Studies.

Before Johns Hopkins, Rid previously served as a Professor of Security Studies in the Department of War Studies at King's College London, where he developed a Cyber Security module that bridged the gap between technological and political debates.

Rid has shared his expertise on information security through testimony before the U.S. Senate Select Committee on Intelligence, as well as insights on intelligence with the German Bundestag and the UK Parliament.

Rid closely tracked the election interference in 2016, and was one of the first named sources to call out the hack-and-leak as a Russian intelligence operation, only one day after details became public.

He has held positions at the RAND Corporation in Washington, the Institut Français des Relations Internationales in Paris, and served as a visiting scholar at Hebrew University and Shalem Center in Jerusalem. From April to July 2022, he served as a Kluge Fellow at the Library of Congress. Rid also served as a Visiting Scholar at the Center for Transatlantic Relations at Johns Hopkins SAIS from 2007 to 2008.

How Russia and Right-Wing Americans Converged on War in Ukraine

The Staggering Vulnerability of Global Elites