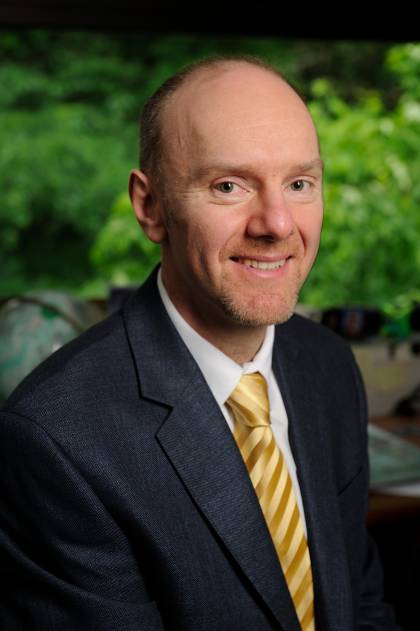 Thomas Haine is a professor of Earth and Planetary Sciences whose research focuses on a fundamental understanding of the physics of the basin-scale ocean and its role in Earth's climate. His research seeks to improve estimates of the geophysical state of the ocean circulation through analysis of field data and circulation model results.

Haine is particularly interested in the high latitude oceans, including the subpolar North Atlantic, Arctic, and Southern oceans. He investigates key physical processes that maintain the state of the extra-tropical upper ocean focusing on fluid dynamics and thermodynamics and their role in controlling changes in sea surface temperatures over time.

Explaining natural climate variability is a prerequisite of addressing mankind's effect on global climate, he wrote on his website. Moreover, he says that this understanding guides our thinking about other oceans in time and space. "Recent discoveries of extra-terrestrial oceans in our solar system and recognition of how much Earth's ocean has changed in the past, galvanizes me to think about the role of oceans in planetary system dynamics writ large," Haine wrote.

He is regularly quoted about the impact of climate change on ocean currents.