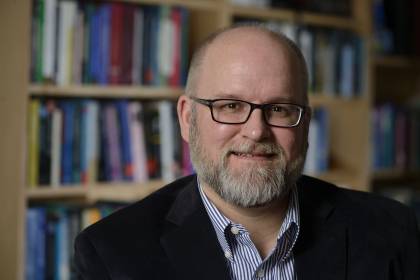 Stephen Morgan is a Bloomberg Distinguished Professor in sociology and education. His research areas include education, inequality, demography, and methodology.

Morgan published an analysis of the 2020 presidential election. The article was based on a study he conducted using the American National Election Study, which is the most precise accounting of voters. The central question he sought to answer is "What will become of the Obama-to-Trump voters?" Those voters totaled about 6 million and were crucial to the outcome of the 2016 election. Without them, Donald Trump would have lost to Hillary Clinton in the Electoral College by a sizable margin, he wrote.

He is co-author of the highly-cited book, "Counterfactuals and Causal Inference: Methods and Principles for Social Research," which lays out the essential features of the counterfactual approach to observational data analysis.

He also co-authored a paper calling for a redefinition of the meaning of "statistical significance." He is currently a principal investigator of the General Social Survey, a biannual survey of attitudes and opinions of the U.S. adult population, which has been funded by the National Science Foundation since 1972.