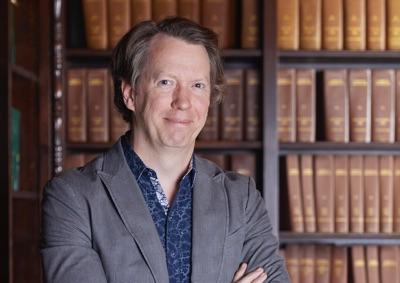 Sean Carroll is a Homewood Professor of Natural Philosophy at Johns Hopkins who explores how the world works at the deepest level. His research focuses on foundational questions in quantum mechanics, spacetime, cosmology, emergence, entropy, and complexity, occasionally touching on issues of dark matter, dark energy, symmetry, and the origin of the universe. He is also Fractal Faculty at the Santa Fe Institute.

Carroll is a bestselling author, whose newest book is "The Biggest Ideas in the Universe: Space, Time, and Motion." He also hosts a popular podcast called "Mindscape."

He has been awarded prizes and fellowships by the National Science Foundation, NASA, the Sloan Foundation, the Packard Foundation, the American Physical Society, the American Institute of Physics, the American Association for the Advancement of Science, the Freedom From Religion Foundation, the Royal Society of London, and the Guggenheim Foundation. Carroll has appeared on TV shows such as The Colbert Report, PBS's NOVA, and Through the Wormhole with Morgan Freeman, and frequently serves as a science consultant for film and television.

Where Do Space, Time and Gravity Come From?

In 'Something Deeply Hidden,' Sean Carroll Argues There Are Infinite Copies Of You

The quantum field theory on which the everyday world supervenes