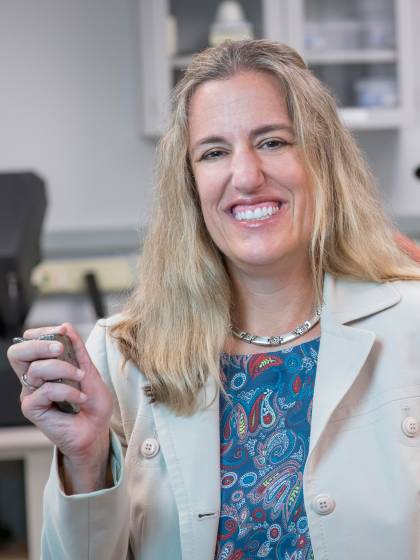 Dr. Nancy L. Chabot is a planetary scientist whose scientific research focuses on understanding the formation and evolution of rocky planetary bodies in our Solar System.

She is the Coordination Lead on NASA's Double Asteroid Redirection Test (DART) mission, the Deputy PI for the Mars-moon Exploration with GAmma rays and NEutrons (MEGANE) instrument on the JAXA Martian Moons eXploration (MMX) mission, and an Interdisciplinary Scientist on the joint ESA-JAXA BepiColombo mission.

Previously on NASA's MESSENGER mission, she served as the Instrument Scientist for the Mercury Dual Imaging System (MDIS) and the Chair of the Geology Discipline Group. She has been a member of five field teams with the Antarctic Search for Meteorites (ANSMET) program, is a Fellow of the Meteoritical Society, and asteroid 6899 Nancychabot is named in her honor. She has served in community leadership positions such as Chair of NASA's Small Bodies Assessment Group, Chair of the Panel on Small Solar System Bodies for the National Academies of Sciences, Engineering, and Medicine Planetary Science and Astrobiology Decadal Survey, and currently as Vice President of the Meteoritical Society.

How It Works issue 168: Discover 7 Wonders of the modern world