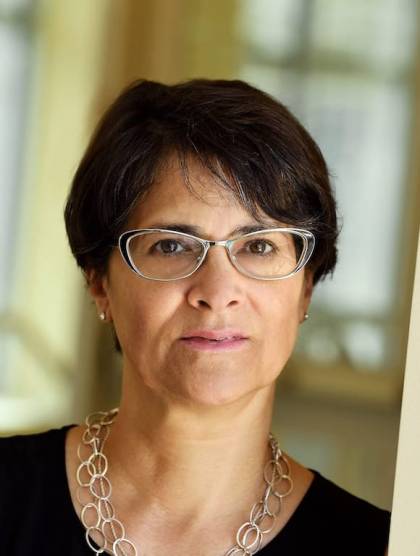 Martha S. Jones is a historian whose work examines how Black Americans have shaped the story of U.S. democracy. She is the author of the 2020 book, "Vanguard: How Black Women Broke Barriers, Won the Vote, and Insisted on Equality for All," which won the 2021 L.A. Times Book Prize for History, was a finalist for the 2021 Mark Lynton History Prize, and named a best book for 2020 by Time, Foreign Affairs, Black Perspectives, the Undefeated, and Smithsonian.

Jones is recognized as a public historian, frequently writing for broader audiences at outlets including the Washington Post, the Atlantic, USA Today, Public Books, the Chronicle of Higher Education, and Time. She has curated museum exhibitions including "Reframing the Color Line" and "Proclaiming Emancipation" in conjunction with the William L. Clements Library, and has collaborated with the Smithsonian's National Portrait Gallery, the Charles Wright Museum of African American History, the Southern Poverty Law Center, PBS, Netflix, and Arte (France).

Jones is an immediate past co-president of the Berkshire Conference of Women Historians, and today serves on the boards and committees of the Society of American Historians, the Library of Congress, the National Women's History Museum. Prior to her academic career, Jones was a public interest litigator in New York City.