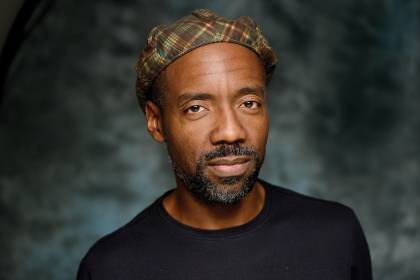 Lester Spence is a professor of political science and Africana Studies specializing in the study of black, racial, and urban politics in the wake of the neoliberal turn, a form of liberalism that favors free-market solutions.

An award-winning scholar, author, and teacher, Spence has published two books. "Stare in the Darkness: Hip-hop and the Limits of Black Politics" won the 2012 W. E. B. Du Bois Distinguished Book Award. And "Knocking the Hustle: Against the Neoliberal Turn in Black Politics" won both the Baltimore City Paper and Baltimore Magazine 2016 Best Nonfiction Book Awards and was named to The Atlantic's 2016 "Best Books We Missed" list.

He has published over a dozen academic articles and several dozen essays and think pieces in a range of publications including The American Journal of Political Science, Political Research Quarterly, The New York Times, Jacobin, Salon, and The Boston Review. He is working on projects examining the contemporary AIDS crisis in black communities, and the growing role of police in major American cities.

Why a black DPD cop got handcuffed by his white colleague