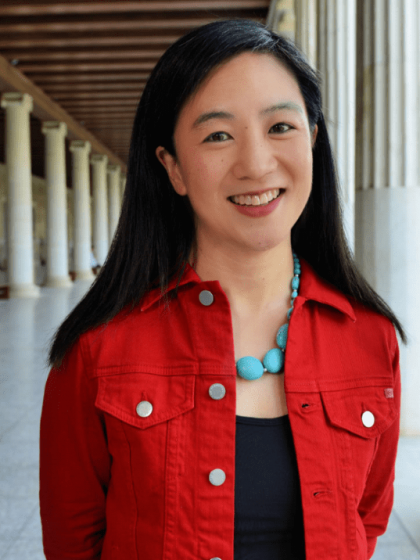 Hahrie Han is the Inaugural Director of the SNF Agora Institute, the Stavros Niarchos Foundation Professor of Political Science, and faculty director of the P3 Research Lab. Han specializes in the study of civic and political participation, collective action, organizing, and social change. She particularly focuses on the role that social movements and civic associations play in generating participation and building power for social and political change.

Han is an award-winning author of four books and numerous articles published in leading scholarly outlets including the American Political Science Review, the American Sociological Review, the Journal of the American Medical Association (JAMA), and elsewhere. She has also written for outlets like the New York Times, the Washington Post, and others. Han is an elected member of the American Academy of Arts and Sciences and was named a 2022 Social Innovation Thought Leader of the Year by the World Economic Forum's Schwab Foundation. Han is currently working on her fifth book, which will have a particular focus on evangelical megachurches.

The best way for Democrats to win in 2020? By ignoring the candidates for now