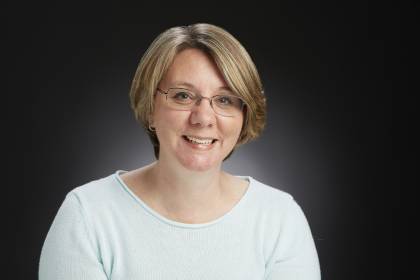 Dana Hurley is a planetary scientist who has modeled processes that deliver, modify, and remove water in cold traps on the moon and asteroids. Her research contributes to the potential use of water as a resource for astronauts exploring beyond low Earth orbit.

She appeared in the media when ABC News reported on her research that found water droplets released by meteoroid strikes on the moon. Her team found the evidence of water with the Lunar Atmosphere and Dust Environment Explorer (LADEE). They found that 29 water releases between October 2013 and April 2014 coincided with when the moon was passing through known meteoroid streams. She was also quoted in National Geographic about India's attempt to land a robotic rover on the moon.

Hurley has participated in the Lunar Reconnaissance Orbiter and Lunar Atmosphere and Dust Environment Explorer missions, and is a member of NASA's Solar System Exploration Research Virtual Institute.