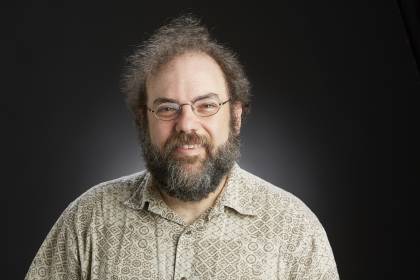 Andy Rivkin's research centers around near-infrared spectroscopy and spectrophotometry of asteroids. He studies asteroids that have evidence of water or organic materials in them, detectable in their infrared reflectance spectrum.

This pursuit has led to studies of asteroids including 24 Themis, an asteroid in the outer belt on which his team found water ice, a first for asteroids. He is active in the broader near-Earth object community, serving as a team member in several efforts to understand and report the impact hazard the planet faces and how to lessen it. He is the co-investigation team lead for NASA's Double Asteroid Redirection Test (DART) mission, being designed, built, and managed by the Applied Physics Lab.

Rivkin is also passionate about the the dwarf planet Ceres, producing several papers in the past few years detailing its unusual composition and variation across its surface, as well a focus paper for the Planetary Science Decadal Survey. He is also leading a group reporting to NASA about the most important unknown factors related to human exploration of an asteroid.