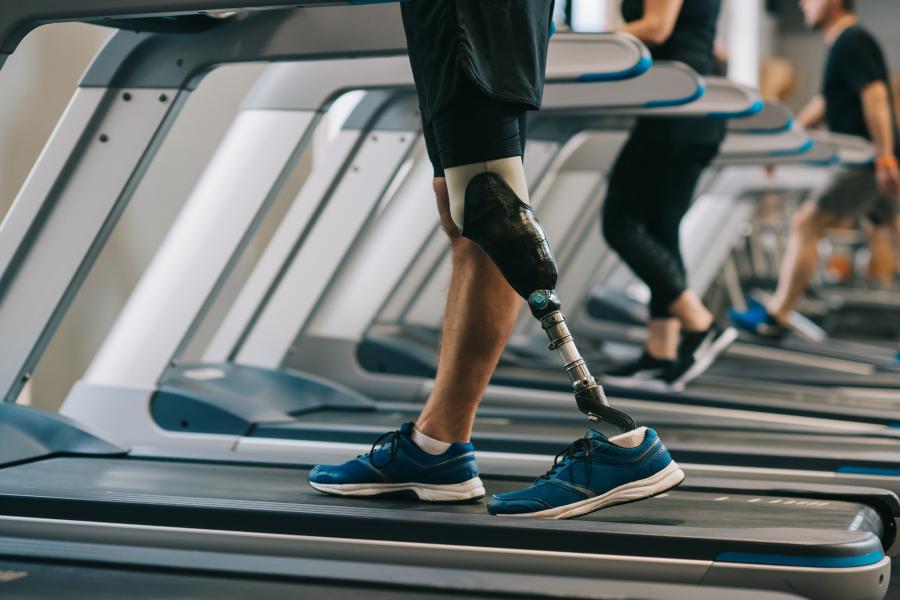 Without the force called friction, cars would skid off the roadway, humans couldn't stride down the sidewalk, and objects would tumble off your kitchen counter and onto the floor. Even so, how friction works at a molecular scale remains poorly understood.

Using complex modeling and computer simulations, a team led by a postdoctoral researcher at the Johns Hopkins Whiting School of Engineering and Krieger School of Arts and Sciences studied friction at both the molecular and macroscopic scale. The team's study results, which appear in ACS Nano, not only shed light on friction in general, but could also inform the design of improved prosthetic devices and artificial joints. 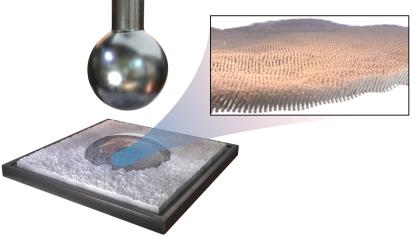 "Friction is puzzling because it is not governed by a single interaction, like attraction between charges; it emerges from a combination of processes that can occur at different scales. In our work, we tried to link the nano and macro worlds for a particular feature of friction called aging, which is when one solid rests on another for a long time without sliding, the force needed to slide them apart increases. We wanted to find out why," said Lucas Frérot, now a postdoctoral researcher at Albert-Ludwigs-Universität's Institut for Mikrosystemtechnik.

Research team members at the Laboratoire de Tribologie et Dynamique des Systèmes at École Centrale de Lyon in France had previously conducted experiments that gave a very detailed picture of the friction response of surfaces coated with fatty acids, an environmentally friendly family of lubricants, but those alone could not explain the phenomenon behind aging. Using measurements of surface roughness and the properties of the single-molecule-thick layer of fatty acid molecules, the team at Johns Hopkins was able to reproduce the aging process in a molecular simulation.

"Our simulation allowed us to try things impossible in experiments, such as what would happen if the surfaces in contact were mathematically flat," said team member Jaafar El-Awady, professor of mechanical engineering at the Whiting School.

They found that the main cause of aging was surface roughness. In fact, the models without roughness did not age at all, according to Frérot.

"This was surprising because the surface roughness measured by the team in Lyon was extremely small; the highest mountain and the deepest valley of the surface would be separated by about the length of one fatty acid molecule," Frérot said.

The team concluded that even such a small amount of roughness is enough to prevent the molecules from making contact over the whole surface, leaving the molecules on the edges of contact spots free to move. Over time, more molecules come in contact, resulting in aging.

Although the mechanism discovered is not the only one that can explain why frictional systems age, the team believes it can be applied to a wide range of systems where chain-like molecules such as the fatty acids they studied form a protective layer on a surface.

"This is the case in biological systems like joints, and if we understand those systems better, we can design better and more durable prostheses. In a more general sense, understanding the physics behind friction is important in the design of sustainable systems. Some studies estimate that about 23% of the world's energy consumption is lost to friction," Frérot said.

Research team members note that the design of the simulations used in this study were originally envisioned by Mark O. Robbins, a professor in the Johns Hopkins Department of Physics and Astronomy, who died in 2020.

"Lucas and I then continued to push on the simulations with our collaborators to achieve its goals successfully, and to dedicate it to Mark's memory," El-Awady said.