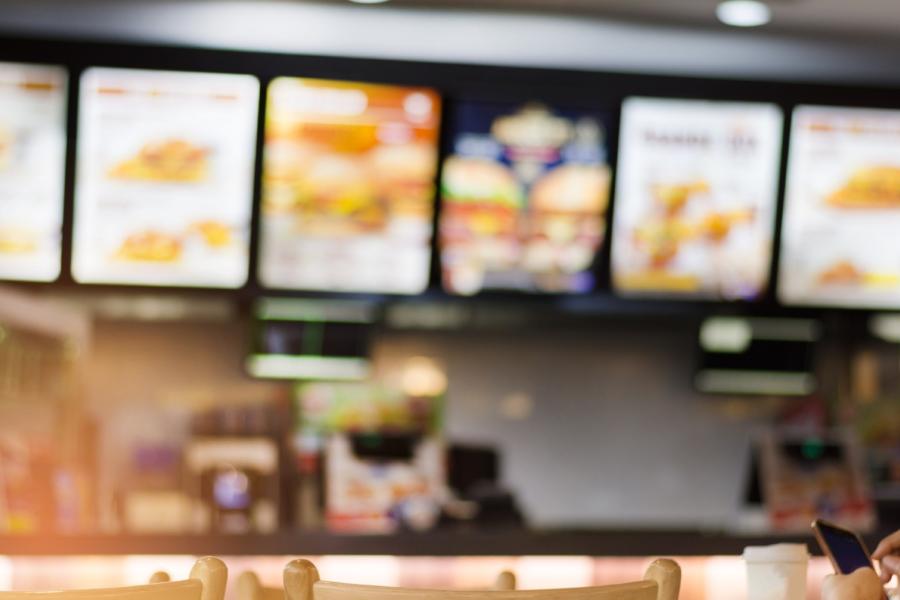 A new study, led by a researcher at the Johns Hopkins Bloomberg School of Public Health, has found that including climate impact labels on a sample fast food menu influenced participants' food choices in favor of more climate-friendly items.

For the study, more than 5,000 online participants were shown a sample menu resembling a fast food menu and asked to choose a single item for dinner. One group of participants received a menu with non-red meat menu items such as chicken sandwiches labeled "low climate impact." Another group received a menu with red meat items—burgers—labeled "high climate impact." A third control group received menus with QR codes on all items and no climate labels.

The study was published online Dec. 27 in JAMA Network Open.

"These results suggest that menu labeling, particularly labels warning that an item has high climate impact, can be an effective strategy for encouraging more sustainable food choices in a fast food setting," says study lead author Julia Wolfson, associate professor in the Department of International Health at the Bloomberg School.

Using labels on menus has long been seen as a potential approach for promoting healthful and sustainable food options.

For their study, Wolfson and her co-authors wanted to test how signaling climate change impacts of fast food menu items might prompt people to opt for less red meat. Red meat consumption has been linked to health problems such as colorectal cancer, stroke, type 2 diabetes, and other illnesses. Less consumption of red meat also would also help to lower greenhouse gas emissions which would help reduce climate change, as beef production is the largest contributor of greenhouse gas emissions in the food and agriculture sector.

In addition to being asked to choose an item for dinner, participants were asked to rate how healthy they thought the item they ordered was. No matter which type of label was on the menu viewed, participants who selected a more sustainable (i.e., non-beef) item perceived their choice to be healthier compared to those who selected a beef item.

To assess the healthfulness of the sample menu items, the researchers applied a widely used measure called the Nutritional Profiling Index. The index measures the healthfulness of foods on a 100-point scale, with 64 and lower considered healthful. The researchers found that the choices of the "high climate impact" label group scored slightly better than those of the control group and the "low climate impact" group. However, none of the items on the menu scored high enough to be considered optimally healthful.

"An undeserved health halo conferred to unhealthy menu items could encourage their overconsumption," Wolfson says. "So we have to look for labeling strategies that create 'win-wins' for promoting both more sustainable and healthy choices."

Wolfson and her colleagues aim to do similar studies in more real-world food-choice settings.