In First Year Seminar, Johns Hopkins undergrads explore the history of LGBTQ people in STEM and how science, in turn, affects the lives of LGBTQ people

Alan Turing was a pioneering British scientist and engineer who is credited with breaking the Nazi Enigma code during World War II, turning the tide of the war for the Allies. He was also a gay man whose brilliant career was curtailed when he was prosecuted by the British government in 1952 for "gross indecency" because of his sexual orientation.

His story and the intersection of queerness and STEM in academia is explored in the new Whiting School of Engineering First-Year Seminar Turing's Shadow: Uncovering What's Hidden in STEM, which was offered for the first time this fall.

First Year Seminars are intended to set the tone for incoming students' undergraduate experience by providing them with an introduction to university life and allowing them to work closely with faculty members as they explore scholarly topics. 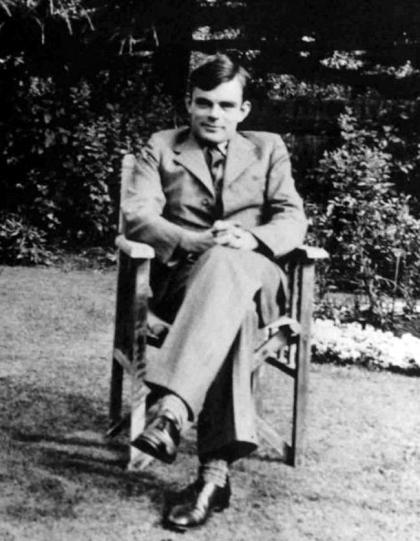 Image caption: Mathematician Alan Turing, considered to be the father of theoretical computer science and artificial intelligence, was also prosecuted by the British government for his sexual orientation. He was posthumously pardoned in 2013.

Though Turing was posthumously pardoned in 2013, his persecution cast a long shadow on the visibility of LGBTQ people in science, technology, engineering, and mathematics—a legacy that co-instructors Michael Falk and Demere Woolway spent the fall semester exploring with their class. (Falk is vice dean for undergraduate education at the Whiting School and professor in the Department of Materials Science and Engineering, and Woolway is executive director of inclusive excellence education and development at Johns Hopkins University.)

"The objective of the class is to track how science has shaped and impacted the lives of queer people, and how queer people have shaped and impacted science," said Woolway, who has a background in queer studies and who served as founding director of JHU's Office of LGBTQ Life. Another important purpose of the class is to provide an opportunity for students to engage with the material and with each other, according to Falk, who identifies as gay and has worked for more than a decade to bring to light issues of gender- and sexuality-based discrimination in STEM fields.

"The class is meant to be discussion-based and to see Alan Turing as a jumping off point to talk with the students about their own experiences—about how LGBTQ people navigate the STEM field and how hard that can sometimes be," he said. 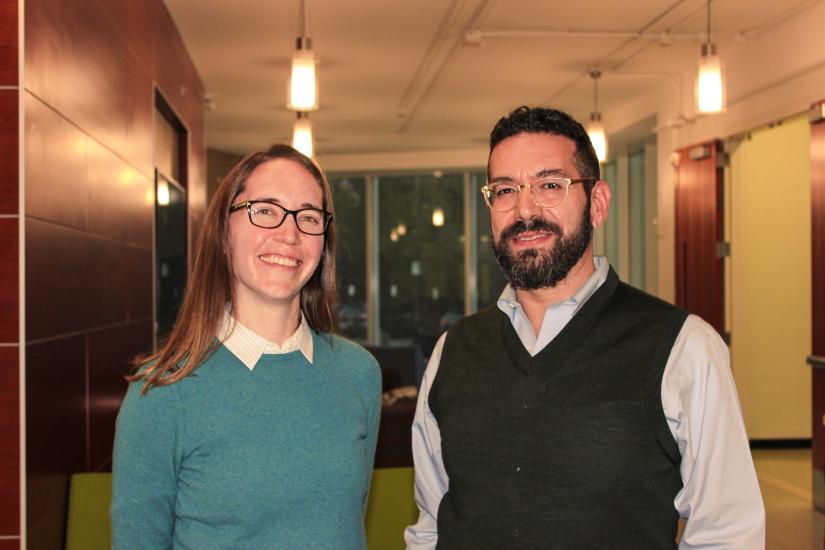 Falk and Woolway have guided students in discussions that explore the impact of scientific knowledge on queer identity, including evidence that there is not actually a "gay gene" (and what that might imply) and what light science sheds on the identities of transgender people. These scientific stories are humanized by a series of LGBTQ speakers who have visited the class to describe their own experiences in STEM, including Bill Kirst, the director of change in commercial systems and business intelligence at Microsoft, creative writer, and host of the podcast Coffee and Change; Hilary Hershey, a cyber software systems engineer at the Johns Hopkins University Applied Physics Laboratory; Allison Tse, a mechanical engineer at PA Consulting; and Nevena Marinković, project coordinator at Piping Rock Health Products.

Course discussions have been enriching, but also sometimes a challenge to cultivate, according to Falk. He attributes some students' initial reluctance to engage with the course content verbally in class not only to the nuances of the material, but also to the recent culture of remote instruction, especially for first-year students experiencing in-person university discourse for the first time.

"One of the interesting aspects for me is grappling with how to bring students into these conversations in a way where they are ready to engage without it being a scary thing," Falk said. "We've managed to do that, but it hasn't necessarily been easy. Sometimes, the literature we are dealing with is very technical. Sometimes, people are afraid of saying the wrong thing. I think you have to somehow navigate all those complexities and sensitivities to get students to realize it's okay, that we're all here to share ideas and explore different experiences, and we have to be ready to be brave about that."

Woolway hopes students will emerge from the class understanding that there's a whole rich world at this intersection of queer people and STEM, and that it is possible to be both and do both.

"What I really hope students take away is a sense of possibility and strength," Woolway said. "Queer people bring so many strengths to STEM and I'm glad we can draw attention to areas where they may have been neglected in the past." 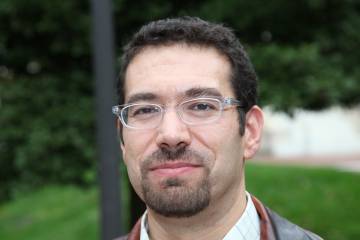