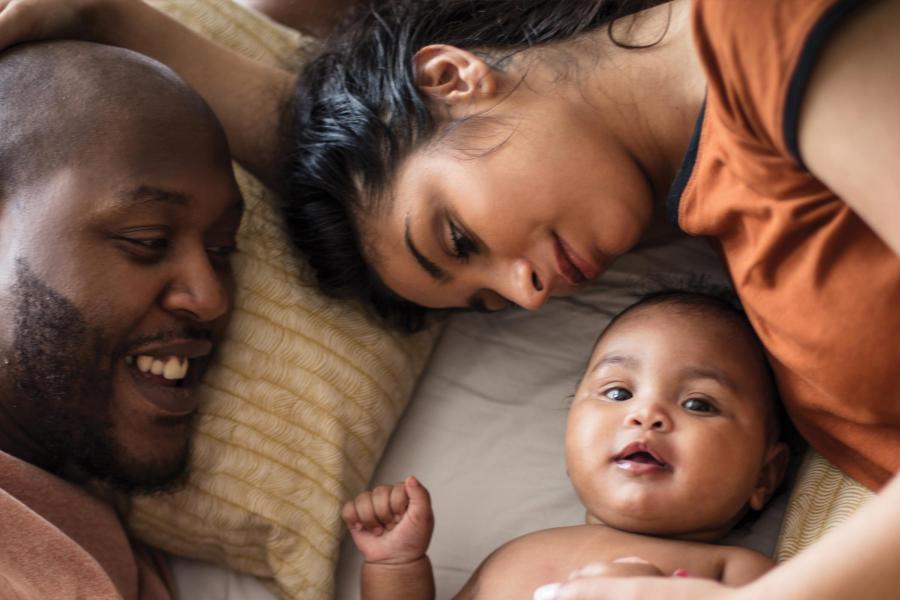 Researchers studying Stockton's pilot program found that the regular payments, begun in 2019, stabilized families' finances and spurred more full-time employment. But they also discovered that many of the 150 participants also showed improved mental health outcomes, including reduced depression and anxiety, and increased energy and emotional well-being. And researchers found that over the program's two years, participants moved from "likely having a mild mental health disorder" to "likely mental wellness" on a scale that measures psychological distress. Some recipients said they felt well enough to stop taking anti-anxiety medications.

As more communities experiment with guaranteed income as an anti-poverty policy, epidemiologists are especially interested in the effects such programs may have on persistent health problems that often afflict people living in poverty.

One year into the program, participants' results include…

"I see guaranteed income as a policy solution to issues of structural racism and economic inequality, yet the links to health have not been clear for high-income countries like the U.S.," says Lorraine T. Dean, an associate professor in epidemiology who hopes to glean more health-related insights from a guaranteed income pilot launched in Baltimore this fall.

Guaranteed income is grounded in the belief that people know best what they need to improve their lives. Instead of vouchers for government-defined essentials, participants receive regular, unconditional cash transfers to put toward whatever they wish: rent, car payments, insurance co-pays, etc.—but also things like prom dresses or birthday cakes, explains Sevly Snguon, an epidemiology PhD student working with Dean and who helped advocate for the California Guaranteed Income Pilot Project, a new program that will distribute grants for pilot programs statewide.

"Guaranteed income provides an opportunity for governments and public health agencies to reimagine how our systems can work better for people compared to what they think is better for people," says Snguon. "This is a critical paradigm shift that is not new to public health values of prioritizing lived experiences and offering tools so communities can make the best decision for themselves."

Snguon adds that the policy challenges assumptions that people in poverty are too "lazy" to work, or that they'll spend money on things like alcohol.

Most guaranteed income programs are targeted toward particular populations, potentially making it a powerful tool to address income inequality and systemic disparities, Snguon and Dean explain.

That's why Baltimore, with its own entrenched disparities caused by redlining and other discriminatory policies, is a ripe candidate for a guaranteed income program, researchers say.

"Guaranteed income gives people the resources to invest in their joy or save for their future. It humanizes people and is part of building more compassionate safety net systems that recognize that people have needs that we cannot always pinpoint."
Sevly Snguon
Epidemiology PhD student

Ultimately, the group decided to design Baltimore's pilot for a group hit especially hard during the pandemic: young parents ages 18–24 living at or below 300% of the federal poverty level—about $69,000 for a family of three.

The Baltimore Young Families Success Fund, as it's been dubbed, will be administered to 200 applicants drawn from a lottery and funded via the American Rescue Plan and private donors. Calling the project a "$6 million investment into the future of our city," Scott's office says the money will pay dividends by boosting the economy and reducing spending on other safety-net services.

"These are generally families with pretty young children, so something like this could change the entire trajectory of the child's life," says Alexandra Smith, Baltimore's assistant deputy mayor for Equity, Health and Human Services. "Having a source of income that is guaranteed for 24 months can give parents confidence to be able to make plans. They can afford to take a half day off from work and take a risk to go interview for a job that may be better for their family."

During the program's onboarding process, parents shared some of their dreams. One mother said the $1,000 a month could give her the flexibility to attend flight attendant training and start a new career. Others said the money would keep them from having to choose between things like clothes for their kids and paying the electric bill.

Many families said the money will give them the freedom to move out of a shelter or their relative's home and into a place of their own. About 14% of the pilot's applicants were unhoused.

Through the pilot, city officials and Bloomberg School researchers (and their partners from the University of Pennsylvania and Abt Associates) will examine guaranteed income's impact on young families' economic standing, as well as their overall health and well-being.

The Baltimore program will also shed light on any changes in whole-family well-being reflected in childcare, quality time spent with children, and any unmet health needs.

"Guaranteed income gives people the resources to invest in their joy or save for their future," said Snguon. "It humanizes people and is part of building more compassionate safety net systems that recognize that people have needs that we cannot always pinpoint."