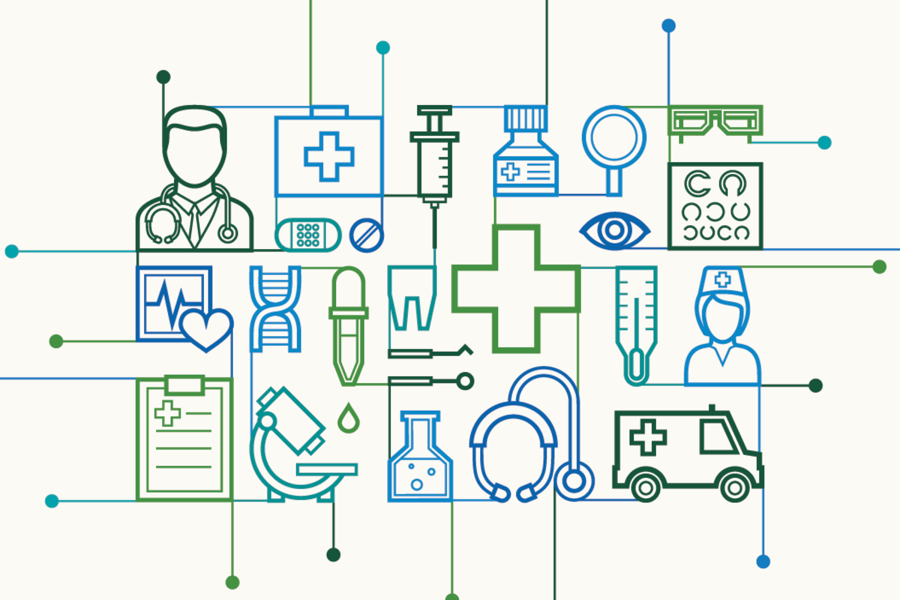 A national commission recommends stitching together the patchwork of local, state, and federal agencies responsible for managing chronic and emerging diseases

COVID-19 has killed more than one million Americans. Distrust in science has hobbled the rollout of life-saving vaccines that scientists developed in historic time. And the cultural chasms cleaved by school closures, quarantines and mask mandates still run deep and wide.

To mend the scars, bridge the divides and avert far worse future outcomes from new crises, experts are demanding that national and state officials work to unify the splintered approach to public health that hampered the pandemic response and has stymied efforts to combat such stubborn epidemics as diabetes, obesity, and overdoses.

These experts assert that since SARS-CoV-2 first emerged nearly three years ago, the virus that causes COVID-19 has inflicted deep physical, mental, and social wounds on the United States that could take decades to heal without elevating and advancing a strategy that prioritizes national public health.

The Commonwealth Fund Commission on a National Public Health System—which includes Ellen MacKenzie, dean of the Johns Hopkins Bloomberg School of Public Health—published a detailed strategy for overhauling the national hodgepodge of more than 2,500 state and local health agencies to better prepare for future threats and better address current ills.

"The scale of this catastrophe demands a commensurate response: the development of a national public health system to protect millions more from ongoing health crises and future emergencies," the Commonwealth Fund's report states.

A formal national strategy and system, the report continues, must work to improve the health of U.S. citizens regardless of their race or socioeconomic status, and restore the trust in public health officials that has sunk to record lows in the pandemic, according to a Johns Hopkins survey.

"The United States lacks a national public health system capable of protecting and improving health, advancing health equity every day, and responding effectively to emergencies," the report states. "While the public health systems of other nations led coordinated responses with strong data systems, networks of advanced laboratories, effective communications, and teams of outreach workers, the U.S. response splintered, leading to widely disparate outcomes across the country."

MacKenzie said the nation is "at a pivotal moment."

"The United States is suffering from stark health inequities and high rates of chronic illness, and we continue to endure a pandemic that has taken more than a million American lives and more than 6 million lives globally," she says. "This has exposed the harsh truth that our nation's support for public health is inadequate. But if we act on the urgency our nation is facing, we can turn COVID's brutal lessons into positive change."

Wax and wane, boom and bust

Federal officials have already admitted to multiple failings in the U.S. response to COVID-19. In April, Rochelle P. Walensky, director of the Centers for Disease Control and Prevention, ordered a sweeping agency overhaul to modernize operations, including its Data Modernization Initiative aimed at improving "data and surveillance capabilities across the federal and state public health landscape." Walensky, a 1995 graduate of the Johns Hopkins School of Medicine, has repeatedly warned how the lack of adequate investments in public health undermine the nation's readiness for the next pandemic.

"If we act on the urgency our nation is facing, we can turn COVID's brutal lessons into positive change."
Ellen MacKenzie
Dean, Blooomberg School of Public Health

Funding for public health "has been waxing and waning, disaster to disaster," she told STAT in September.

The report authored by the Commonwealth Fund Commission on a National Public Health System agrees, and funding is one of the four organizing elements for its 14 recommendations. Congress must provide stable, adequate funding for state and local agencies paired with mandated standards and expectations, especially for guaranteeing equitable distribution of resources to all communities, the Commonwealth Fund report states. The federal government, the report argues, must end its "boom and bust" cycle of increasing support only in emergencies. In exchange, state and local agencies would meet "basic standards" that would be assessed through a "revised accreditation process."

"The chronic underfunding of public health has left behind a weak infrastructure with antiquated data systems, an overworked and stressed workforce, laboratories in disrepair, and other major gaps," the report states.

"Most of the systemic issues with public health data that motivated the Pandemic Data Initiative are still present today," says Blauer, data lead for the CRC and author of the Pandemic Data Outlook blog. "There is still outdated, under-funded, and insufficiently staffed data infrastructure at the local, state, and federal levels, which is now exacerbated by employee burnout. States continue to use their own unique systems of data collection and reporting in the absence of uniformly mandated federal data standards. Many marginalized and under-resourced communities are experiencing a rapid deepening of historic health disparities due to continued inadequacy of demographic data."

The report states that up to $13 billion in new annual investments would be needed to improve the information technology and public health infrastructure—spending that "pales in comparison to the trillions of dollars lost as a result of the inadequate public health response to the pandemic."

Federal coordination under a singular mission

The commission recommends that Congress authorize an undersecretary of public health at the Department of Health and Human Services to formulate a singular mission rather than relying on the competing priorities of the department's 21 agencies, which include the CDC, the Food and Drug Administration, and the National Institutes of Health.

"There is no clear administrative structure that organizes the many federal agencies involved in public health," wrote Joshua Sharfstein with BSPH gradaute Megan Wallace in the New England Journal of Medicine in January 2022 . Sharfstein, vice dean for public health practice and community engagement at the Bloomberg School, helped the Commonwealth Fund Commission prepare its recommendations. "At the state and local levels, variation is the rule, not the exception."

There are 50 state health departments and 2,459 local offices in the United States. Some are standalone departments, whereas others are offices within a broader agency. Some states control the local health departments while most hold no sway over city and county agencies, Sharfstein and Wallace's review notes.

The White House should reconvene the disbanded National Prevention and Public Health Council to help promote coordination across the country, the Commonwealth Fund report recommends.

Moreover, an organized, national public health service should merge its efforts with those of individual health systems.

"Some of the greatest successes in the U.S. pandemic response came about when health care systems rallied to defend their communities, sharing their workforce, data, and communications platforms to advance public health efforts," the report states.

A national public health system must formalize and support these connections with hospitals and medical societies to harness that same collective effort and target it at everyday health issues, the report urges.

The public health sector faces a "crisis of trust" that has grown out of "experiences with racism and discrimination, ideological opposition, and misinformation," the report states.

The public health sector must, the report states, share decision making with communities, expand diversity among its workforce, and "communicate more effectively in the face of misinformation." 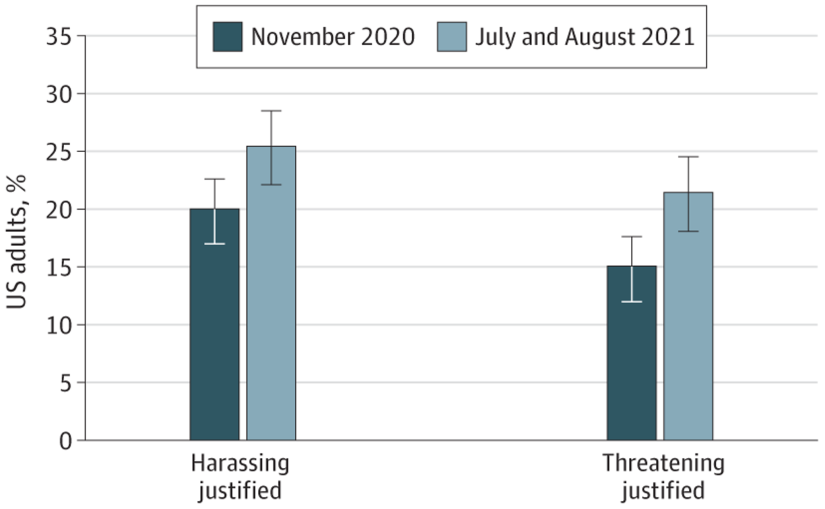 Image caption: Figure shows the percentage of survey respondents who believed that harassing or threatening public health officials was justified in November 2020, before the coronavirus pandemic began, compared to July to August 2021.

"Many public health employees worked incredibly hard during the pandemic and have been subjected to unacceptable treatment and harassment," he adds. "There needs to be federal leadership. In other countries it is very clear how public health decisions are made. In the United States, it's not so clear. We need a coherent system, not a haphazard collection of agencies that happen to have 'public health' in their titles."

A model for the world

The proposals laid out in the Commonwealth Fund Commission on a National Public Health System are ambitious but not unachievable, MacKenzie says.

In fact, many of the recommendations include common-sense approaches and strategies that would simultaneously achieve the goals of strengthening public trust while streamlining public health operations. The report outlines a system that is transparent and accountable, that is built on systems and data that are modern and secure, and that develops engagement with communities and key stakeholders that is reliable and representative and characterized with integrity.

"The challenges are great, but solutions are not out of reach," says MacKenzie. "The recommendations in the Commonwealth Fund report are attainable, with the potential to make a powerful impact."

What's more, she adds, is that these recommendations may not only prepare the United States for the next potential health emergency, but may also help address the health challenges that have plagued the nation for years.

"If we build a smarter, stronger public health system, we can better respond to the next emergency, and confront pressing issues such as maternal mortality and overdose and addiction," she says. 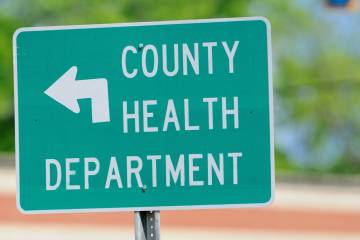 Published March 17, 2022
Among local and state public health officials who resigned or were fired during the first 11 months of the pandemic, more than a third reported incidents of harassment 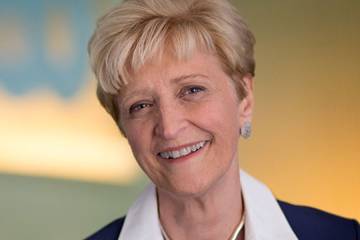