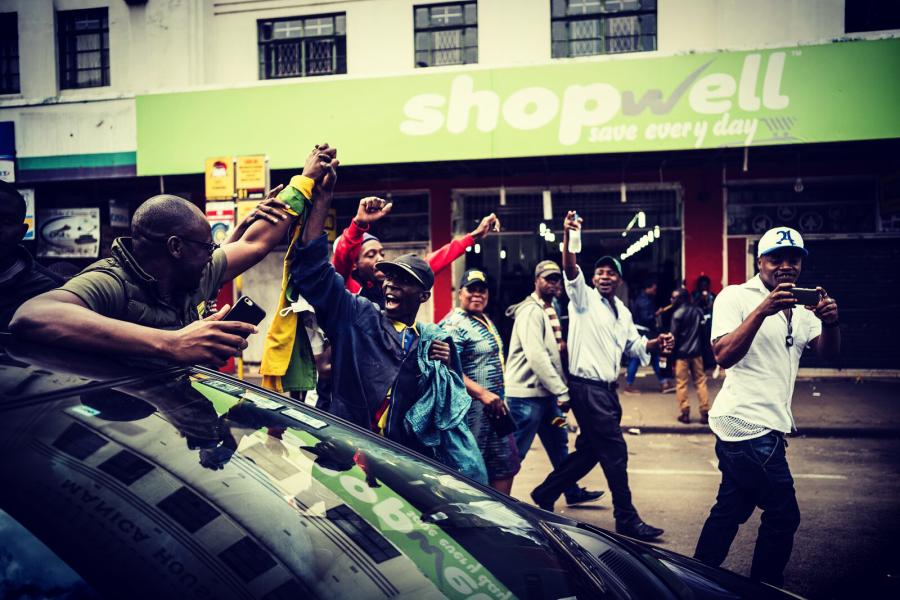 On the frontlines of dissent

Before he became an emboldened activist on the frontlines of Zimbabwe's fight for democracy, pastor Evan Mawarire was nearly apolitical, he says.

"If you'd brought me a newspaper clipping in 2012 of things I did from 2016 on, I never would have believed this could actually be a future I'd be involved in at all," says Mawarire, the first dissident in residence for the SNF Agora Institute at Johns Hopkins. "I was very far from engagement in the political space or anything to do with democracy in Zimbabwe. The only thing I'd done with the democratic process was going to vote, nothing beyond that." 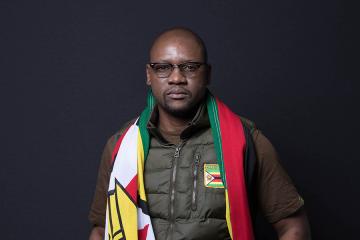 We Stood Up: A Conversation with Evan Mawarire

Mawarire, the SNF Agora dissident in residence, will talk about what it takes for an ordinary citizen to confront a brutal dictatorship, specifically his experience standing up to Robert Mugabe's ruthless dictatorship in Zimbabwe. Tuesday, Oct. 11, 5 p.m., the Great Hall on the Homewood campus. Registration required.

Under the oppressive 37-year rule of Robert Mugabe, there seemed to be no other option in Zimbabwe, Mawarire says. "We were taught that you fear the regime. You don't speak up, you don't get involved, because if you did you could get murdered or disappear."

But Mawarire ultimately reached his personal breaking point with injustice in 2016, posting a viral video and helping kick off a citizens movement known as #ThisFlag. As a result he was forced to endure imprisonment and torture. After multiple arrests and court appearances, the charges against him were suspended pending further investigation and Mawarire was able to escape Zimbabwe.

Today Mawarire continues his activism for post-Mugabe Zimbabwe from the U.S., where he's sounding a warning cry to Americans on the fragility of their own democratic pillars. He's also looking at the global perspective, examining how recent events like COVID-19 have empowered authoritarian regimes. As director of education of the Renew Democracy Initiative, he oversees a network of dissident voices, Frontlines of Freedom—activists from Iran, Tibet, Hong Kong, Taiwan, Venezuela, and other places—who speak to American audiences. Mawarire plans to include some of those voices in SNF Agora events, as well as an Intersession class at Hopkins this winter.

On Oct. 11, the SNF Agora Institute will host Mawarire for an in-person talk on his experiences taking on a brutal dictatorship, and the lessons he can share citizen movements worldwide. Register here for the event, which takes place 5 to 6 p.m. in the Great Hall at Levering on the Homewood campus and includes a Q&A.

In advance of Tuesday's event, Mawarire sat down with The Hub to discuss his latest work and activism.

What message do you have for Americans?

In the U.S. right now, one thing that stands out is the elevation of party position above what's really important. I think that begins with the politicians. To me it does seem that many in the general public do understand that democracy is worth defending, that it's worth more than partisanship, but politicians in the U.S. don't seem to get that. We need politicians to help Americans get back to a place of recognizing that collective democracy is more important than extreme partisan positions.

I come with the perspective of someone who's lived without freedom and understands the great value American democracy holds, and the great danger of losing it. 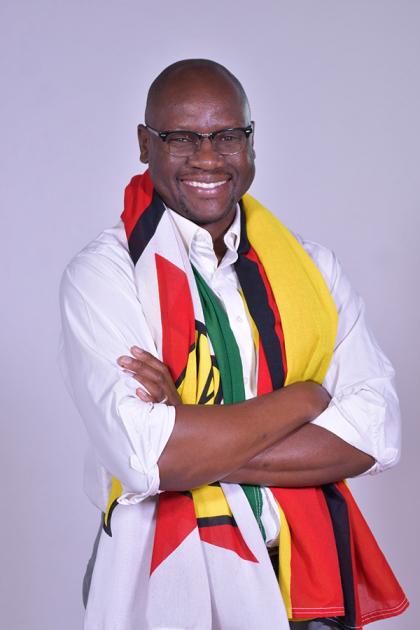 You recently wrote in The Washington Post about the importance of the Jan. 6 hearings. What would you say to the insurrectionists who believe they're dissidents in the same way you are?

I think there's a clear difference between fighting against a dictatorship, as we did in Zimbabwe, and fighting against an established democracy. The people who stormed the Capitol were breaching the fundamental tenets of how a democracy works. One, these were acts of violence, which immediately puts you in a net negative position to activate citizens to correct wrongs. Two, the intent was to disrupt a democratic process this nation has upheld for centuries.

In Zimbabwe, we were mobilizing people to get on the streets and shut the government down, but it was a nonviolent movement operating according to democratic norms, even when our own country does not respect them. I've heard some of the Jan. 6 rioters liken themselves to political prisoners, the targets of persecution, and I'm like, whoa, wait a second. These are two different things. The dissidents I work with come from places where we're jailed and brutalized by authoritarian regimes for requesting democratic rights. What happened on Jan. 6 was violating laws and norms and doing so with violence.

What's the state of your activism for Zimbabwe right now?

I'm advocating for my country's democratic movement in the U.S., particularly to the U.S. government. Recently I was able to meet with U.S. Secretary of State Anthony Blinken and brief him on the situation on freedom of expression in Zimbabwe, and on the citizens' movement that continues today. Currently the sociopolitical situation in Zimbabwe has gotten even worse, as the economy reels again largely due to grand-scale corruption and incompetence, and the democratic space is facing unprecedented attacks.

I'm also connecting with organizations that support democracy globally. To me, this represents an amazing opportunity to mainstream Zimbabwe and the acts of ordinary people that the international world should be aware of.

In Zimbabwe, we continue to empower different expressions of the citizens movement we launched in 2016. When we started, we tried our best to make sure this movement was not something the regime could dismantle. Our structures were loose, without formal registration, and that was a bit of a genius move because we wanted smaller groups to take over. Now the goal is to empower those groups with networks, resources, and training.

Ten years ago, could you have imagined your life the way it is now?

It was unthinkable. You have to understand the culture that Zimbabweans had lived under for years under Mugabe. In the spring of 2015, a young journalist named Itai Dzamara mounted a one-man protest in the middle of the city square in Harare. Within weeks, Itai was picked up by unidentified men in broad daylight, and to this day he's never been seen or heard from again. He left two children and a wife. I always bring up his name because he represents what Zimbabweans have been through.

My late father was a civil servant, who knew how the government operated to develop a one-party state and shut down dissenters. When I began my activism, my dad called me when my first video went out and commanded me to shut it down. Like, you stop it this instant, these people will kill you. But I'd reached a personal point of crisis and was able to trace that back to Zimbabwe's broken government, which had intentionally made us poor. We were going through a second round of economic collapse and I now had two children and a third on the way. And I said, no, I can't do this. This trauma is too much.

I didn't activate until the situation impacted me so personally and significantly. I think a lot of people are like that. But it must be learned that just because something's not affecting you right now doesn't mean it never will. And even if it never does, we have a duty as citizens to speak out against injustice when it happens.