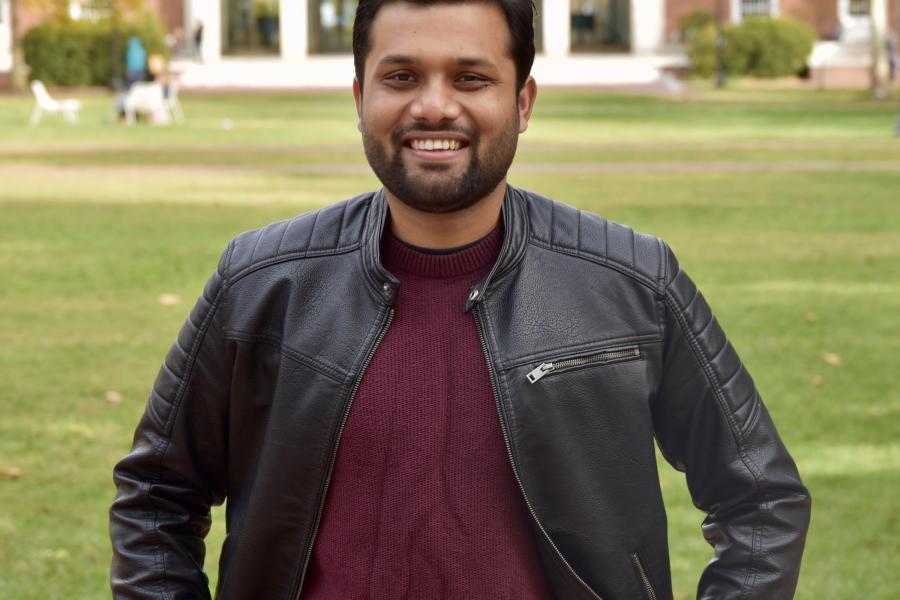 Armed with low-cost but powerful paper microscopes, Johns Hopkins alum Ikbal Choudhury and his team are bringing science education and environmental conservation to teachers and young students in low-resource and low-income communities in the United States, India, and Bangladesh. Through their non-profit Open Field Collective, the team trains teachers in microscopy and spectroscopy techniques to help communities monitor local environmental health.

"Our goal is  both to educate and inspire students and ordinary citizens in scientific exploration by giving them the tools  they need  to monitor the health of the environments in which they live," says Choudhury, who received his PhD in mechanical engineering from Johns Hopkins in the spring.

With funding from the American Society of Cell Biology, National Geographic, and Awesome Foundation, the team developed an algal bloom monitoring program. The program relies on paper microscopes sold by Foldscope Instruments, which cost about $2, and basic spectroscope equipment. For many of the program participants, the program provides their first view of the microscopic world.

"Our goal is  both to educate and inspire students and ordinary citizens in scientific exploration by giving them the tools  they need  to monitor the health of the environments in which they live."
Ikbal Choudhury
Alumnus, Johns Hopkins University

The idea for the programs took seed in 2020 during the COVID-19 pandemic when Choudhury was a PhD candidate working with the Johns Hopkins Institute for NanoBioTechnology. Unable to perform his experiments because of widespread shutdowns, he used his free time to connect with like-minded people on social media who wanted to organize science programs that engage people of all ages.

The algal bloom monitoring program has a special significance for Choudhury, as he was involved in a similar project when he was 13 years old. His home country of India had a national initiative to engage more children in science topics. Children took field trips with scientists and conducted their own experiments. Choudhury's project involved identifying microbes present in drinking water he collected from wells, ponds, and rivers in and around his hometown of Silchar. As he identified species, he was amazed by the diversity of life in a seemingly insignificant pond and found the experience to be a catalyst for his interest in science discovery.

The team had originally tried teaching students in virtual camps, but they soon realized that students' instructional needs varied across the United States and internationally, and they needed teachers as anchor points to implement strategies that worked best with their students. They now train fifth- to ninth-grade teachers in small cohorts over the course of a few short weeks.

"The teachers are the ones really helping us every step of the way and they are finding ways to incorporate the materials into their curriculum," says Ankita Jha, Open Field Collective co-founder and a postdoctoral researcher at the National Institutes of Health.

The team has trained more than 150 teachers and reached 600 students. They have print materials available to people in remote areas or in areas with limited access to digital communications. Their training content appears in different languages, too. The team also noticed that the program has instilled in participants a sense of responsibility and accountability to their local environment.

The team is currently recruiting a new cohort in Nepal and several local governments in India have become involved to help expand the program. While the algal bloom monitoring program has become the organization's flagship program, the team wishes to develop more pilot projects in different fields and communities, such as astronomy.

"We don't want to restrict ourselves to just spectroscopy and microscopy. We are identifying more researchers and teachers who want to get involved with us to make science education more accessible and equal," Choudhury says.

The other Open Field Collective co-founders include Sayak Bhattacharya, a scientist at Johnson & Johnson; Ankit Dwivedi, bioinformatics analyst at the University of Maryland School of Medicine; and Kanika Khanna, postdoctoral researcher at University of California, Berkeley.