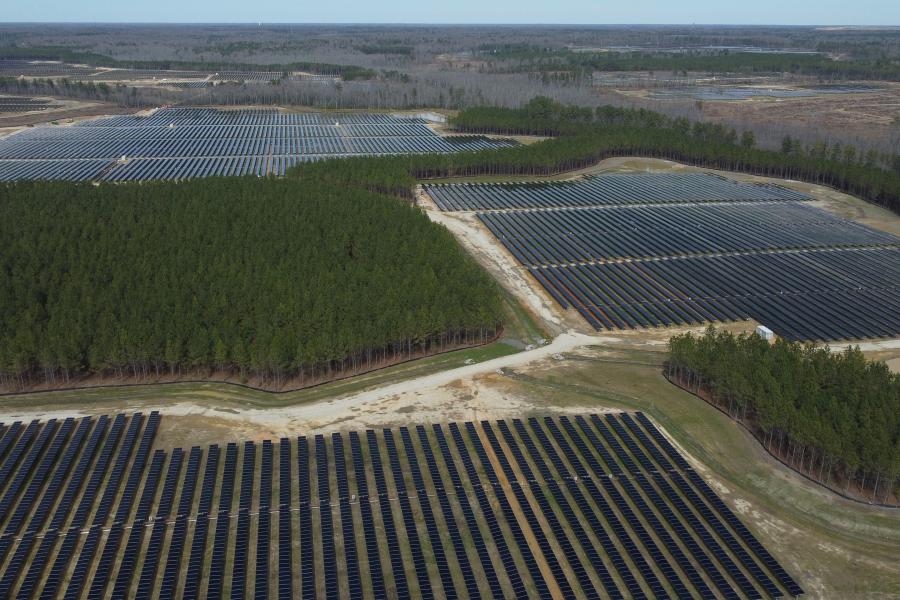 With the development of the Skipjack Solar Center, JHU achieves goal of reducing greenhouse gas emissions by 51% three years early

Supported by a landmark commitment from Johns Hopkins University, a brand-new solar facility is now up and running, providing the university with two-thirds of its annual electricity use from clean power.

With this agreement—one of the most substantial clean energy pledges by any higher education institution in the U.S.—Johns Hopkins achieved its goal to cut greenhouse gas emissions by 51%, three years earlier than its 2025 target set by the President's Taskforce on Climate Change in 2009.

Johns Hopkins joins two other large commercial customers in purchasing energy from the Skipjack Solar Center, developed, owned, and operated by The AES Corporation in Charles City County, Virginia. The purchase is made possible through a long-term agreement with Baltimore-based Constellation, the nation's largest producer of carbon-free energy. Through this collaboration, the solar facility, which achieved commercial operation at the end of May, will produce more than 350,000 megawatt hours of solar power per year, reducing greenhouse gas emissions by more than 150,000 metric tons—the equivalent emissions of more than 32,000 cars annually.

"Taking part in this major, utility-scale development is an opportunity to significantly and fundamentally change the environmental impact of our academic and research activities, and to support the expansion of clean power throughout the region," says Bob McLean, vice president of facilities and real estate at Johns Hopkins University.

Built on the land of a former timber farm, the Skipjack Solar Center is comprised of more than 500,000 solar panels, producing energy that feeds into PJM, the country's largest electricity grid, spanning 13 states including Maryland and Virginia, as well as Washington, D.C. The facility preserves part of the original forest area while providing economic benefits to Charles County.

"By making this long-term commitment, Johns Hopkins has enabled the development of a new-build renewable asset and demonstrated that it is dedicated to takings steps toward mitigating the climate crisis," says Jim McHugh, chief commercial officer of Constellation.

In addition to this large-scale agreement, Johns Hopkins maintains seven solar rooftops installations across its campuses. The university is also currently conducting a wide range of research through its Ralph O'Connor Sustainable Energy Institute, and is working on a new sustainability plan, according to McLean. "More important work is ahead for reducing our consumption and increasing renewable energy sources in order to minimize—and eventually eliminate—the greenhouse gas emissions of our activities," he says. 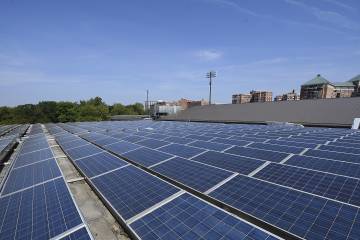 Published April 20, 2022
The 2022 Annual Sustainability Report covers recent successes and looks ahead to the development of a new university sustainability plan 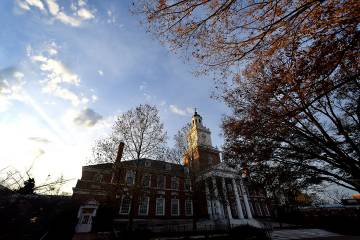 Published April 22, 2021
Through its solar agreement announced in 2019, the university will meet its goal to reduce greenhouse gas emissions by 51% several years ahead of schedule