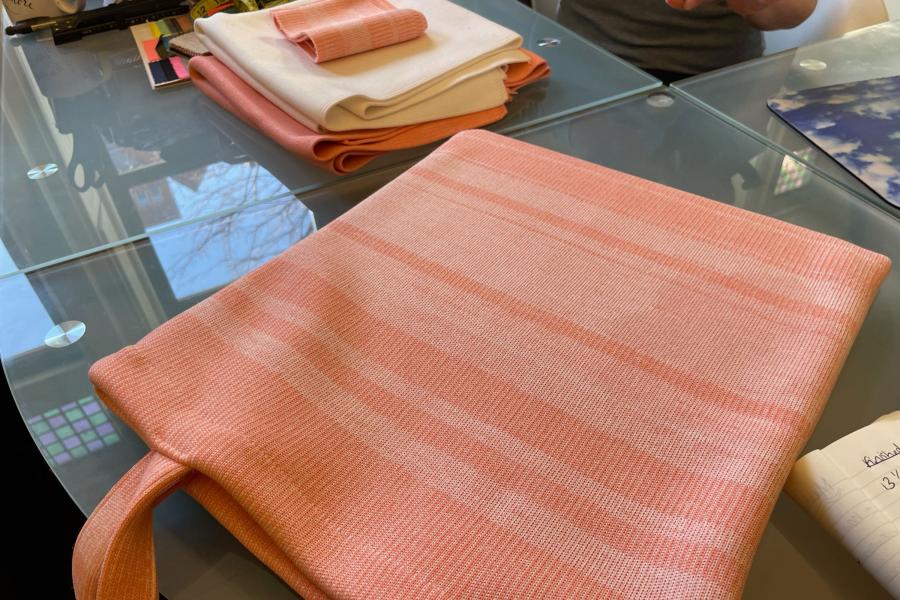 Shanthi Ramakrishna didn't set out to change the world—just her pants.

Each year, Ramakrishna and her family travel from their home in Orlando, Florida, to Bengaluru, India, to visit relatives. On one such journey, in 2018, Ramakrishna, then a high school senior, wiled away her outbound flight time sketching a pair of pants she wanted to have made in India, confident her relatives could help her connect with local tailors to make it happen. 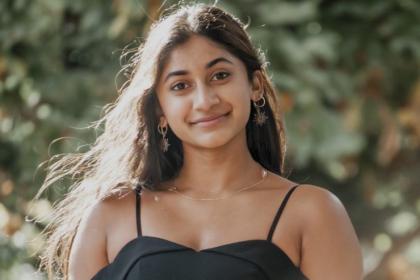 "We found organic, raw, and naturally dyed cotton at an artisan market near where my grandmother lives," she says. To sew the pants, she turned to a mom-and-pop tailor shop happy to be paid a living wage for the work. In the end, she flew home with a suitcase brimming with colorful drawstring pants, some of which she sold to classmates to raise money for local charities.

Her custom pants came with her to Baltimore the following year when she joined JHU as a political science major. But as she became increasingly aware of just how exploitative and environmentally damaging much of the global garment trade can be, she began to look at them differently. Could the pants do some good? She approached the campus chapter of Enactus, an international charity that helps students engage in social entrepreneurship, and then formed the stitched-goods social enterprise Taara Projects, which now includes seven other female undergraduates. She also received funding from the Johns Hopkins Alumni Association and the Johns Hopkins Technology Ventures' Social Innovation Lab, where she was a member of the 2020–21 cohort.

In the ancient Indian language, Sanskrit, "taara" means "star," Ramakrishna says. "We want to be a star point of light to an artisan at risk of poverty," she says. "Our mission is to provide economic empowerment to artisans in search of a living wage, while upholding a completely environmentally conscious end-to-end supply chain." 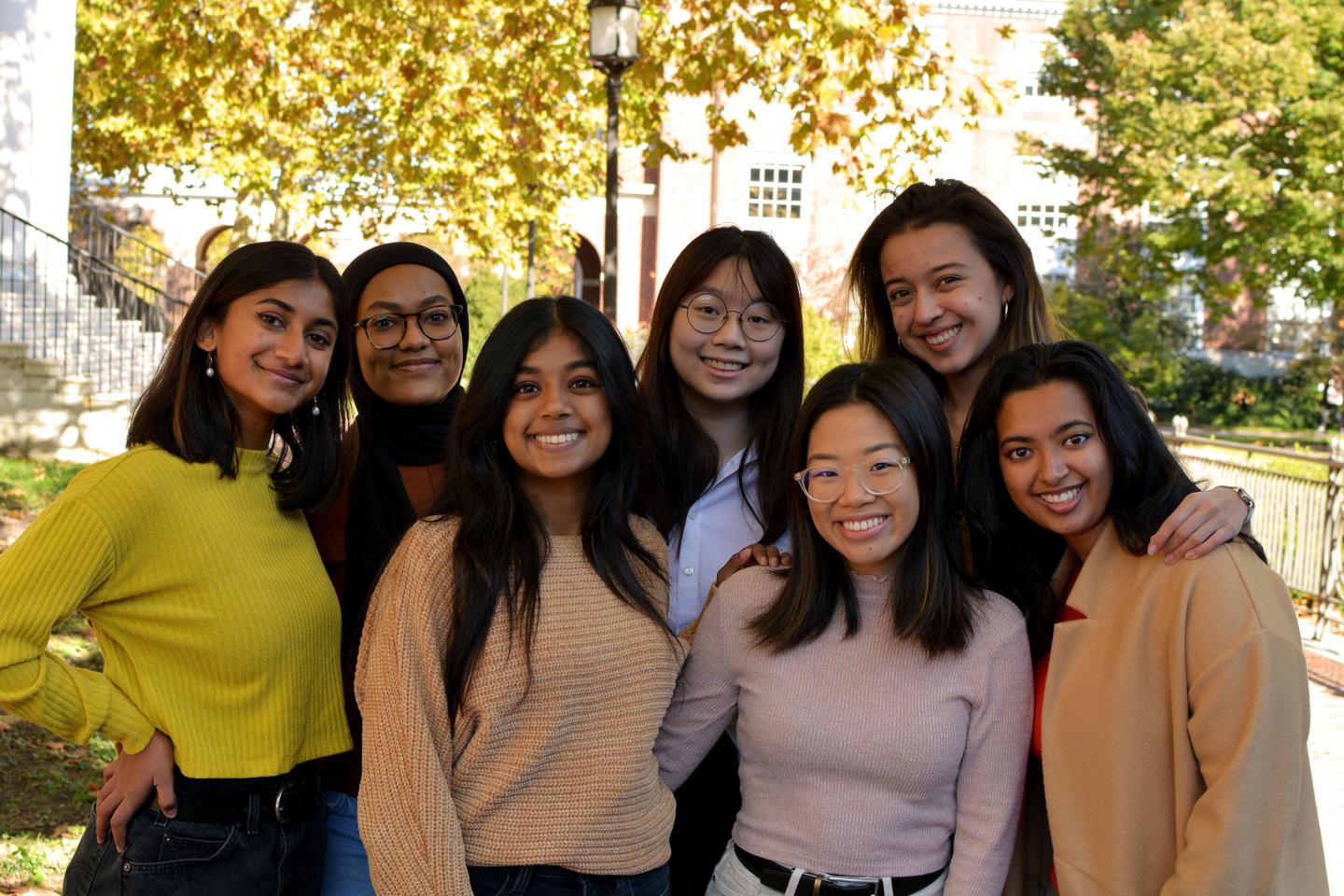 It was all starting to come together when the pandemic hit. The campus shuttered and her team scattered. So, they got creative.

"We were able to adapt and successfully establish partnerships through virtual meetings and orchestrate our very first product launch in April of 2021," she says. Her pants were back, this time made in partnership with the sustainable fashion brand Zy-lk in Chennai, India, where the tailors—a group that includes migrants and people who are hearing and speech impaired—are paid a fair wage. The cotton fabric is "upcycled deadstock," meaning it was left unused by a larger corporation and was otherwise bound for the landfill. "We give it a new life and prevent it from contributing to the insane amount of fabric waste that the fashion industry produces," she says. The run of 120 pants sold out in weeks.

The student-run startup is a bright spot in an industry often mired in abuses. Despite frequent pledges from some of the biggest fashion brands to do better by their labor force, millions of global garment workers are trapped in poverty, toiling long hours in sweatshop-like conditions. A recent study by The Industry We Want, a nonprofit alliance of garment-industry stakeholders, found that garment and footwear workers in more than a dozen key production countries take home, on average, about half the pay needed to achieve a decent standard of living.

For Ramakrishna's next venture, she partnered with another Hopkins-born social enterprise, The New Norm, which recycles plastics into fabric. "We had established our supply chain in India, but we really wanted to give back, even in a small way, to the Baltimore community that supported us so much along the journey," she says.

Lauren Choi, New Norm's founder and CEO, graduated from Johns Hopkins in 2020 with a degree in materials science and engineering. Around the same time that Ramakrishna was making her first pants, Choi learned that China was no longer taking in American plastic refuse for recycling. As the U.S. lacks the infrastructure for substantial domestic recycling, she knew this meant more plastic bound for landfills, incinerators, or the environment. In response, she designed and built an extraction machine in her garage that turns Solo cups—yes, the ubiquitous vessels that fill trash cans after parties—into a usable yarn. She named the resulting family of fabrics "Rogue," and because of the red and white cups, there's only one color option: pink.

"I worked on that through my senior year as a proof of concept and launched a cup collection program on the Homewood campus that got a lot of attention from the student body," Choi says. Choi has since ditched her garage to work with several North Carolina–based labs and research centers that are part of the Manufacturing and Textile Innovation Network.

Their joint project is a tote bag using New Norm's Almarae line of fabrics made from recycled ocean plastic and plastic waste from shore communities. The totes are sewn by a third partner, Baltimore's women-owned Belvidere Terrace Atelier, a small-batch company that employs apprentice sewers from the Cavanagh House, a nonprofit that helps people gain financial stability through skills training.

Sustainability is a priority throughout the process. The totes were created using a zero-waste pattern, Choi says. "A lot of fabric is wasted as scrap in the fashion industry—anywhere from 30% to 45% of a yard of fabric can be thrown away, based on the cut and sew method." The totes, in contrast, were laid out for cutting to maximize fabric usage.

As Choi's company aims to make the fashion world's usage of sustainable fabrics the new norm, she's readily seeking additional partnerships. "We're in early conversations with some really big brands that I think could be an opportunity for us to scale up," she says. Meanwhile, Taara Projects' Spring '22 release was a Ramakrishna-designed cotton shirt, sewn in India by Zy-lk. The Doubledutch Boutique near Homewood campus now carries the products.

This shirt was Ramakrishna's last product as a student on Homewood campus. Soon, some of her pants and shirts will be packed in a suitcase bound for Italy, where Ramakrishna will be pursuing a master's degree at the Bologna campus of the Johns Hopkins School of Advanced International Studies. It's safe to say, Italians know a thing or two about fashion.