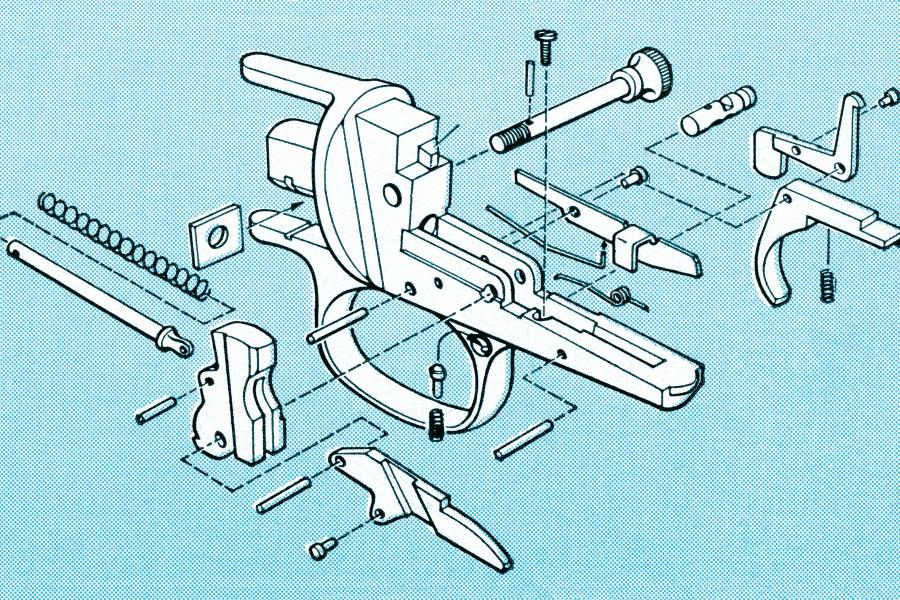 Untraceable by design, the DIY guns are just as lethal as a traditional firearm and often made of the same materials. Alexander McCourt of the Center for Gun Violence Solutions discusses the inherent dangers of ghost guns and details current legislation surrounding them.

While the United States continues to grapple with a solution to gun violence following mass shootings in Buffalo and Uvalde, lawmakers at the state and federal level have recently enacted laws that highlight another dangerous factor at play: ghost guns.

Ghost guns are kits and privately made firearms that are untraceable by design, lacking serial numbers and other identifying markings. Typically available in a "buy, build, shoot" kit online, these guns are distinct from undetectable guns, which are illegal guns made entirely of plastic—once built, ghost guns are just as lethal and often made of the same materials as a traditional firearm.

Because they are sold as kits, ghost guns are accessible and enticing to those who cannot otherwise obtain a firearm due to their inability to pass a background check, either for their age or for previous offenses. And because they come in a kit, they do not currently require a serial number, as they're not a completed frame. Those who are not legally able to obtain a firearm don't break the law by purchasing the kit; they only break the law when they have a completed firearm put together.

Federal lawmakers recently enacted a rule that requires serial numbers for all ghost gun kits, and requires the kits to be treated as a traditional firearm, even before the gun is put together. Slated to go into effect later this year, the rule allows the Bureau of Alcohol, Tobacco, Firearms, and Explosives, or ATF, to regulate ghost guns and ghost gun kits as they would traditional firearms. At the state level, Maryland lawmakers recently enacted a law which prohibits anyone from buying, selling, or transferring an unfinished firearm frame without a serial number. Maryland is the 10th state in the country, in addition to the District of Columbia, to regulate ghost guns.

These new bills come at a time when ghost guns are becoming an increasingly larger issue in the country's fight against gun violence, something Alexander McCourt, assistant professor at the Johns Hopkins Bloomberg School of Public Health and director of legal research at the Center for Gun Violence Solutions, knows all too well.

"From the data we have, we see ghost guns exploding in popularity," McCourt says. "The ATF shared earlier this year that they had made about 24,000 attempts to trace a privately made firearm or ghost gun, and they only succeeded 151 times. These are very, very difficult to trace. The number recovered is getting larger and larger and is on track to increase this year."

To get a better understanding of these recent policies, the Hub spoke to McCourt, who discussed the dangerous nature of ghost guns and where how he sees the issue moving forward.

How do you regulate ghost guns, which are fundamentally untraceable? Are these laws effective?

There are two problems with trying to gauge whether the laws are effective. They haven't been in effect for very long—a couple of years, max—so it's difficult to get a good handle on something when it hasn't been in place very long, especially when it comes to gun laws. The bigger issue is that we just don't have very much data. We have general data from the ATF, and we have anecdotal data from law enforcement agencies saying they've seen big increases in the number of ghost guns recovered. But we don't have data about how many are used and in what crimes, how often different types are recovered, and whether they're recovered from the person who made them or from somebody else. Without that data, it's really difficult to assess whether or not the laws are working.

We've tried to push for more transparency with respect to the data; we want law enforcement agencies to be reporting as much as possible about the guns they recover. That's also true at the federal level, where the general data we do have is difficult to get to, it's not very transparent, and that's even more difficult when it comes to guns that are virtually untraceable.

How much of these regulations relies on the willing participation of manufacturers? How do we ensure there are serial numbers within the kits or on individual pieces?

This is something states have struggled with, because this is a very online phenomenon. If New Jersey has a law, how do they keep their residents from ordering something online? It's difficult, and that's why the new federal rule from the ATF, which should go into place later this year, will make it so that only licensed manufacturers can sell these kits to licensed dealers, and the kits will be required to have a serial number. Basically, what it does is it takes these kits and these pieces and brings them in line with all other types of guns. Ideally the new rule will work in concert with these state laws, making it easier for states to identify these guns that don't have serial numbers, and they can limit the number that are present in the state.

The Biden administration is regulating 'ghost guns.' Here's what the rule does

Are there counterarguments to these regulations, and how do you address those?

A common complaint is that these rules are too restrictive for hobbyists, or that these rules and laws violate the Second Amendment. There's no Second Amendment issue here. All this does is bring these pieces and kits in line with how we regulate every other gun in the U.S. There's nothing that stops a hobbyist from making homemade guns; if the next step now is that they have to undergo a background check to buy a kit or pieces, a hobbyist has likely already undergone a background check for buying another gun, so it's not really a big hurdle.

The main goal with regulating ghost guns is limiting access for people who have a history of domestic violence or are a risk to themselves, and to prevent children from getting guns. These rules aren't intended to target hobbyists.

Where do you see the issue of ghost guns evolving or unfolding over the coming weeks, months, or years? What do you foresee as some of the new issues that will arise?

I think we're definitely going to see litigation related to the ATF rule. It will be interesting to see how that plays out, and also how a future administration might modify enforcement of that rule. Are they going to enforce it differently or are they going to alter it? Those things will be important, and it'll also be interesting to see how states continue to expand their regulation of ghost guns in ways the federal government can't, such as monitoring private transfers or requiring the addition of serial numbers to homemade guns.

I think the biggest next frontier, and the biggest issue that's still lingering, is 3D printed guns. The ATF rule doesn't really do anything about 3D printed guns, but it's really tough because we're not talking about people buying kits—we're talking about people getting code and using that code to print something at home. That triggers a whole host of other legal and enforcement issues, having to figure out how you regulate that. I think that's the next big hurdle.