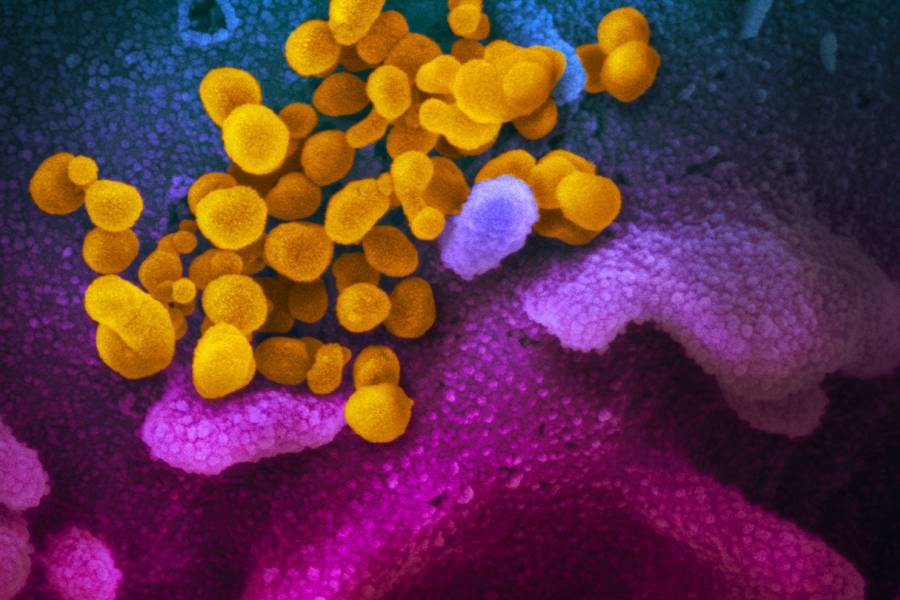 Image caption: SARS-CoV-2 (yellow), the virus that causes COVID-19, emerges from the surface of cells (blue/pink) cultured in the lab.

Scientists at Johns Hopkins University and Scripps Research have characterized 30 antibodies that recognize a wide range of coronaviruses—successfully blocking not only all the SARS-CoV-2 variants that were tested but also other, related viruses, including SARS-CoV-1, which caused the deadly 2003 SARS outbreak in Asia. The antibodies involved were all isolated from people with "hybrid immunity," meaning they had been both infected with SARS-CoV-2 and later vaccinated against the virus.

The research team says that the new details on the antibodies, published recently in Nature Immunology, are a step toward the next generation of coronavirus vaccines, which may help defend against a broader swath of viruses than do current vaccines, which specifically target SARS-CoV-2. 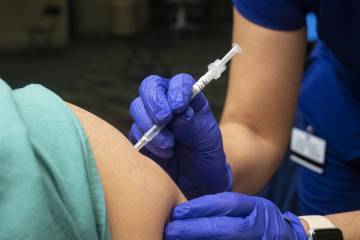 As researchers develop new treatments and vaccines for the ongoing COVID-19 pandemic, many are also working to prevent the next pandemic. Coronaviruses—a broad group of viruses which also cause some common colds—have been responsible for COVID-19 as well as previous outbreaks caused by SARS-CoV-1 and Middle East Respiratory Syndrome (MERS) virus. A vaccine that helps the immune system recognize not only SARS-CoV-2 variants but also other SARS-causing coronaviruses could stop these viruses from spreading throughout the population.

In the new study, Safonova and her colleagues compared antibody responses elicited in 21 people who had recovered from COVID-19, 10 people who had been vaccinated against COVID-19, and 15 with hybrid immunity from both.

People with hybrid immunity showed the strongest and broadest spectrum of antibodies, able to neutralize—or block—five variants of SARS-CoV-2 (alpha, beta, gamma, delta, and omicron), SARS-CoV-1, as well as a pangolin coronavirus and one from horseshoe bats in China. They found that no antibodies from the vaccination-only or infection-only group could neutralize all the viruses.

The team isolated 107 antibodies from two hybrid immunity donors, screening for molecules that could bind to both SARS-CoV-1 and SARS-CoV-2 spike proteins. Then they focused on 30 of those antibodies, many of which also neutralized the bat and pangolin coronaviruses.

Safonova performed the immunogenetic analysis of those antibodies to reveal their common features that are important for neutralization of the virus. What she discovered was that the antibodies share an amino-acid sequence pattern that is essential for the recognition of distinct variants.

And most of those 30 antibodies, they found, recognized the same part of the viruses' structures, called the receptor-binding domain on the spike protein. Certain segments of the receptor-binding domain, the finding suggested, were not changing as different coronaviruses evolved. The 30 antibodies also had similarities when it came to how they were produced by the body, an important clue for researchers in how to design vaccines that prompt the immune system to produce the same antibodies.

To show that the antibodies did not just bind to the viruses in the lab but could actually impact the immune system's ability to fight each pathogen, the researchers observed what happened when mice treated with three of the most potent antibodies—known as CC25.36, CC25.53 and CC25.54—were exposed to SARS-CoV-2, SARS-CoV-1, or the horseshoe bat virus SHC014-CoV. For all three viruses, the mice that had been treated with the antibodies had significantly lower levels of virus in their lungs compared to control mice.

"We saw amazing protection against these three viruses," says senior author Raiees Andrabi, an investigator in the Department of Immunology and Microbiology at Scripps Research. "That tells us that if we are able to induce these antibodies by vaccination, they will likely give you broad protection against diverse SARS-like viruses." 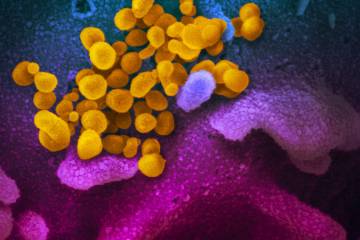 What will it take to develop a vaccine?