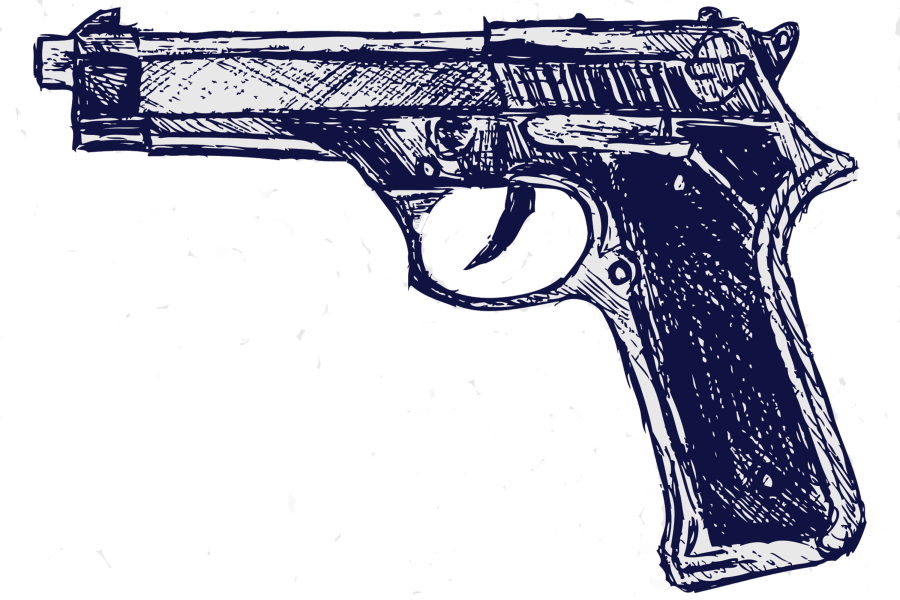 The age of gun violence

Should access to firearms, especially the most lethal types, come with age restrictions? A Johns Hopkins researcher—and gun owner—pleads the case.

Little is known about what motivated a shooter to kill 19 children and two teachers while wounding several others in an Uvalde, Texas elementary school on May 24. But it comes less than two weeks after a gunman fatally shot 10 people and wounded three others in a supermarket in Buffalo, New York.

What unites these tragedies, aside from how closely one followed the other, is that in both cases, the alleged perpetrators were 18 years old and appear to have legally acquired the assault-style rifles they used in the killings.

The Hub reached out to Cassandra Crifasi, director of research and policy at the Johns Hopkins Center for Gun Violence Solutions, for her thoughts on this latest round of gun violence and what policy changes could prevent future tragedies, particularly those aimed at disarming youthful perpetrators.

And Crifasi, an associate professor in the Bloomberg School of Public Health's Department of Health Policy and Management, has an interesting perspective on the topic: she not only studies guns and gun violence, but is herself a gun owner and recreational shooter.

"I am a gun owner for competitive sports shooting. It's a recreational activity that we engage in as a family," Crifasi says. "So I can understand why someone would want to own a firearm for sport or even self-defense. But I also understand what the data and the evidence show on the effectiveness and support for gun safety policies."

Read more about Crifasi's perspective on what can be done now to prevent more tragedies in the future.

What was you first reaction to the news of the Texas shooting?

It honestly felt like a blow. As the details emerged, two thoughts came to mind. One, it's not even been 10 years and we have another tragedy at an elementary school close to the scale of the Sandy Hook shooting. And we didn't even really make it 10 days since the Buffalo shooting. And it was really frustrating and saddening to see some of the things that were coming out from policymakers about, you know, thoughts and prayers, and all the same kinds of things we see over and over again, that really have not helped us make any impact on this issue over the last decade.

The suspected shooters in both Buffalo and Texas were 18. What do you take away from this?

There is inherent riskiness among those aged 18, 19, and 20 years old, and even into the early 20s. There's still a lot of important development that's happening related to risk-taking, impulsivity, and long-term planning that are important when we think about access to firearms. We know that 18-to-20-year-olds have some of the highest risk for gun homicide perpetration, so this is a risky group when they have firearms, but very few states have done anything to address gun access among this age group. Under federal law, you can purchase long guns, rifles, and shotguns from a federally licensed dealer at age 18. Most states don't have any minimum age for possession, meaning that actually, at a younger age, you can have access to long guns. Under Federal law, you can't buy handguns from a licensed dealer until you're 21, but some states allow you to possess handguns as young as 18. And so I think we're really not following what the data tells us. When we think about access to an exceptionally lethal means, like guns, and the riskiness inherent in this age group, we're not making policy based on data.

We should have a minimum age for purchase and possession of firearms of at least age 21. Because we know that there's high risk for firearm homicide perpetration among those under the age of 21—it goes into the early 20s, as well—but 18 to 20 year olds have high risk of using firearms to harm other people. And so if we set policies that say you cannot purchase or possess guns of any kind of gun under the age of 21, I think that could help us address some of the issues that we saw in Buffalo and in Texas.

America has a mental-health crisis and it also has a gun problem. But are the two related?

We have to focus our policy efforts on the things that will give us the most benefit at the population level. And yes, there can be some exceptions. If you're active duty or reserve military, maybe you have an exception for the minimum age requirements, or if you work in public safety as a police officer.

There is an analogy that we can learn from graduated driver's licensing for motor vehicles. So I think most states now have a graduated license process for driving a car. When you turn 16, you have a license that gives you certain rights. As you get older and you pass other requirements, you have some of those restrictions removed. I think we can apply a similar approach to firearms. Say if you want to own a bolt-action or lever-action rifle, shotgun, or a revolver, maybe you get one type of license. If you want to own semi-automatic pistols, it's another, and semi-automatic rifles, it's another type. And maybe there are different age requirements assigned to those, given the different capacity that the firearms have to cause harm.

I think this is less about saying people shouldn't be able to own certain types of firearms, though we could certainly have that conversation. But I think, even in the absence of talking about restricting access to certain types of firearms for everybody, there are things that we can do to make it less likely that somebody's going to cause harm with a firearm.

What do you see as the path forward on such a divisive topic?

I think it's important that we are bringing people together to focus on the areas of agreement, as opposed to focusing on sort of the fringes and all the places we don't agree, because that's not going to help us make progress.

We have over a dozen specific, concrete policies we propose at the Center for Gun Violence Solutions, and we see majority support among all Americans, including gun owners, non-gun owners, Democrats and Republicans—even among NRA members, in some cases. There's a misperception and a false narrative that we don't agree on anything, so we can't get anything done. We need to start with an area of consensus, figuring out how we can make it work, engage all involved stakeholders in the conversation to create these solutions, so that we can address our epidemic of gun violence.