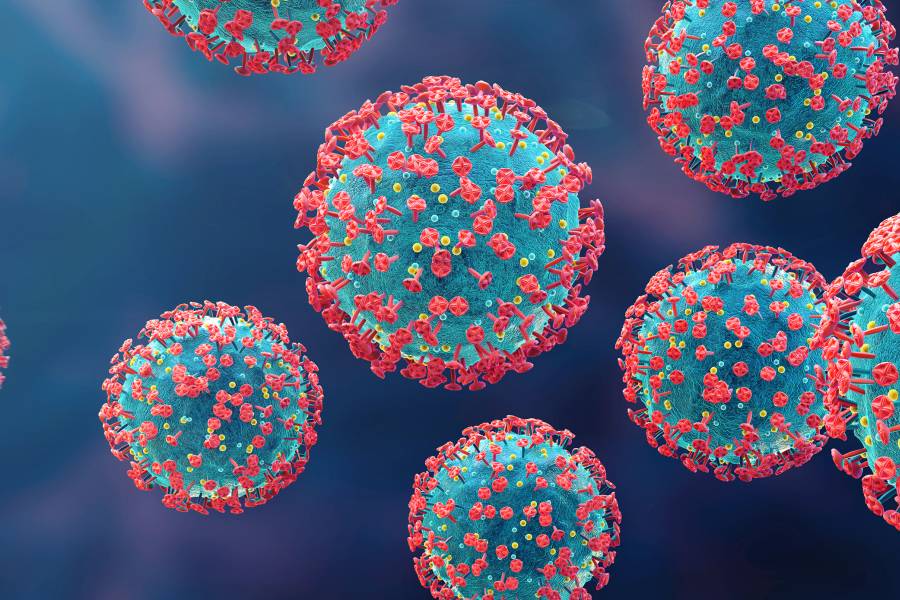 Taking the temperature of the pandemic

As the U.S. reaches one million COVID-19 deaths, where are we in the arc of the pandemic? Epidemiologist David Dowdy explains.

We're in the midst of another COVID-19 surge, with cases rising substantially—but data suggests the average case may be milder, since hospitalizations and deaths are rising only "very gradually," according to Johns Hopkins epidemiologist David Dowdy.

The recent uptick follows a few promising months: From mid-February through the end of April, deaths from COVID-19 fell by more than 75% across the globe, the most dramatic and sustained drop we've seen, Dowdy said on May 10 during a COVID-19 media briefing with experts from the Bloomberg School of Public Health.

Accurate data is impossible to track now, he said, as most COVID-19 testing is now performed at home—or not at all. "Numbers of confirmed cases are no longer a reliable indicator of the burden of COVID-19, as they are a dramatic underestimate of the total number of new cases," he said.

Dowdy emphasized that "vaccines are still highly effective, even against our current variants." But worldwide, more than 3 billion people are still not fully vaccinated, an estimated 40% of the population, Dowdy said. "A particular concern is China, which has seen a number of large outbreaks in major cities like Shanghai and Beijing," he said, while the population is vulnerable due to low rates of exposure to the virus and of effective vaccinations.

Below is a lightly edited transcript from the online question-and-answer session.

What do we know about the emerging variants? Data suggest that omicron and its variants may be more virulent than delta, but people aren't getting as sick.

The average case of COVID-19 does seem to be getting milder, but this is probably more because the U.S. population is building up immunity, not because the variants are necessarily getting milder or weaker on their own. For people who are still unvaccinated and don't have that immunity built up or have weakened immune systems, this virus is still very dangerous and potentially deadly.

With the case numbers now assumed to be substantially undercounted, is there any reliable source of data out there?

No source of data is perfect, but we do have multiple streams of data that can be helpful. Hospitalization numbers are not perfect, but are certainly better than case counts now, because most hospitals are still reporting that data. Death counts in areas like the U.S. are still useful, but a lagging indicator. We also have new data sources coming—for example, wastewater surveillance.

Though none of these sources is perfect, when they're all trending up together, we can get a sense of when there's a new wave coming, for example.

What criteria would need to be met in your opinion for the pandemic to be over?

But it is reasonable to think about when should we consider this no longer to be in a pandemic phase. And I personally would think that could be when the burden of illness due to COVID-19 is along the same lines as that of other infectious diseases like the flu, for example. So I think that would be a reasonable benchmark, but we're not there yet. And it is important to recognize that even though the pandemic may move into a new phase, COVID-19 is not going away.

The US is running a fever. Which way will it go?

With cases on the rise, are we looking at a potential summer surge where masking will be reinstated, or are we never heading back in that direction?

I think it's important for us to realize that in some ways we are already in the midst of a surge. There are indicators that the amount of transmission happening in this country right now—while not the same as it was this past winter—is at levels that we were seeing during the delta wave and almost that of winter 2020-21.

But what we're not seeing is the same rise in hospitalizations and deaths. So we're seeing a small uptick, but not the same tremendous rise that we've seen with some of these previous waves. I think in some ways this is encouraging in that we're starting to see a divergence between the number of cases and the number of hospitalizations and deaths, but it's also a little bit discouraging that we've been through all this and we're still seeing an uptick in the number of people getting admitted to the hospital and people dying.

So I think we're seeing a surge—whether that's going to require us to go back to more restrictive policies, I think still remains to be seen.

Are we heading toward additional boosters for everyone eligible under 50?

I do think it's important to highlight the need for those at greatest risk. So those whose immune systems are weak, those who are older, to make sure that you've been vaccinated, boosted, and gotten that second booster. We're starting to see that the older population, the immunocompromised populations, are again accounting for a larger and larger fraction of people in the hospital and people dying. So those boosters are very important.

Whether or not we're heading for boosters for everyone under 50, I think that's still a question that remains to be seen.

Are we going to see vaccine shots that have been adapted to fight new variants?

Moderna has announced that they're planning to put together a bivalent vaccine. So one that would have both the old vaccine formulation and a new omicron-specific formulation together in one shot. We hopeful that that will come out and will be effective, but it won't be here for a few months.