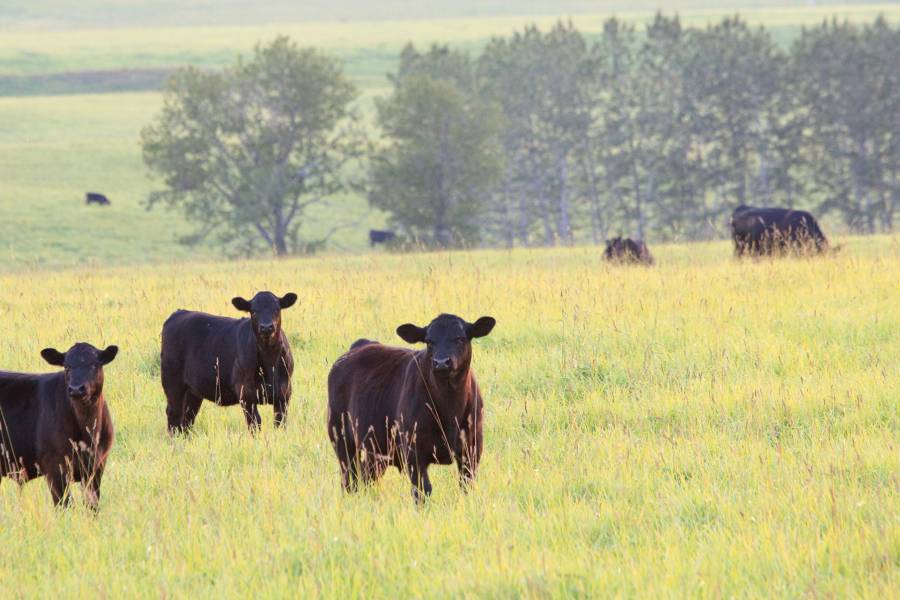 Vaccines are a critical tool in the protection of humans and animals against pathogens, but a major challenge for vaccine development is understanding why vaccines work better for some individuals than others.

To answer this question, a research team led by Yana Safonova, assistant professor in the Department of Computer Science at the Johns Hopkins Whiting School of Engineering, studied black angus cows and their varying responses to the Bovine Respiratory Disease, or BRD, vaccine. The team's findings were recently published in the journal Genome Research.

BRD is the leading cause of natural death for cows and costs the cattle industry an estimated $900 million a year. Medication is expensive, so cattle producers rely on vaccinations to mitigate the problem.

Conducting research for the U.S. Department of Agriculture, Safonova and researchers from the University of California, San Diego sought to understand how the unique genetic structure of cows and other bovine animals such as bison, buffalo, and antelopes were creating antibodies from the BRD vaccine.

A large-scale study of human immunogenetics could aid in understanding vaccine response variations ahead of the next pandemic.

"We wanted to answer one particular question: Why are some individuals within the population of black angus cows responding very differently to the same vaccine?" Safonova said.

The researchers examined a distinguishing feature of bovine immunity: the long complementarity-determining region H3 loops in the antibodies they create. Bovine antibodies with such ultralong CDR H3 loops have been found to neutralize certain strains of HIV, and Safonova and her team have discovered that they are also one key to developing antibody responses against BRD.

Using a new computational tool that they designed, Safonova and her team analyzed sequencing data from antibodies produced by the black angus cow population and pinpointed genetic variations in antibodies associated with immune responses.

The researchers found that while the creation of these unique antibody structures was triggered by each vaccine dose, vaccine efficacy (how well the vaccine actually works) is determined long before the individual mounts an immune response. Segments of DNA called variable, diversity, and joining immunoglobulin genes, also referred to as IG genes, are what produce antibodies and control individual responses to a vaccine.

This means vaccine efficacy for an individual is pre-determined before the vaccine is even administered.

Because the team's method can reveal these genetic markers, cattle producers could potentially use this information to selectively breed cows that are less susceptible to BRD based off their genetic predisposition, said Safonova.

The researchers say that their study is the largest personalized immunogenetics study across any species to date, and that their results open doors to applying immunosequencing to human vaccine studies. In-depth immunogenetics research would allow scientists to discover patterns in the human genome that determine the body's programmed response to vaccines. In fact, Safonova says a large-scale study of human immunogenetics could aid in understanding vaccine response variations ahead of the next pandemic.

Safonova explained, "With new strains of COVID-19, new variants, and the need for vaccinations, we can show that this type of study will work for many different subjects. We want to highlight how we can study [the vaccination process] across different genomes."