Study of more than 8,000 women showed eating a diet of vegetables, fruits, fish, nuts, olive oil, and whole grains while pregnant lowered risk of the blood pressure disorder by at least 20% 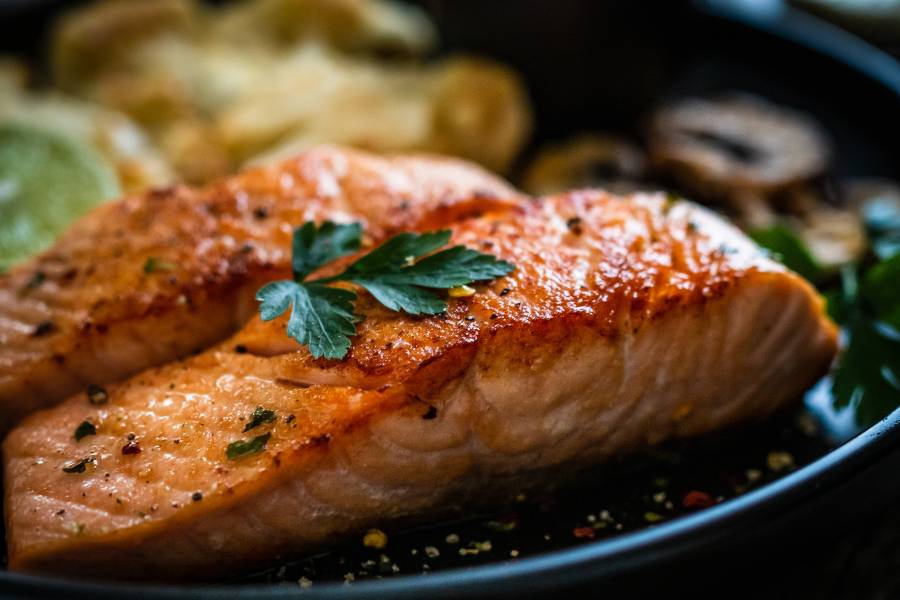 A new Johns Hopkins Medicine study that surveyed a racially diverse group of more than 8,000 women has added to evidence that following a Mediterranean-style diet could lower the risk of preeclampsia by at least 20%.

​​​​​​​Preeclampsia is a potentially lethal complication of pregnancy marked by high blood pressure and organ damage that emerges in late pregnancy or shortly after giving birth. Worldwide, it is a significant cause of maternal and fetal death and premature birth. In the United States, preeclampsia occurs in about 2%-6% of women, and twice as often in Black women compared with other racial groups.

A report on the new study, published in the Journal of the American Heart Association, found that women who self-reported eating a Mediterranean-style diet had a 20% or greater reduced risk of developing preeclampsia overall, even after accounting for a variety of other risk factors.

A Mediterranean diet largely consists of vegetables, fruits, fish, nuts, olive oil, whole grains, and significantly limited amounts of red meats and processed foods. It has been linked for decades to reduced risk of cardiovascular disease.

Black women who ate a Mediterranean-style diet most frequently had a 26% reduced risk of preeclampsia compared with those who ate the diet least frequently.

"The United States is the only developed country with a rise in maternal mortality and morbidity, so we are excited about this new finding that strengthens recommendations that following a healthy diet is a safe way to help reduce the risk of pregnancy complications," said Anum Minhas, chief cardiology fellow at the School of Medicine and lead author of the study.

For the study, researchers surveyed 8,507 women enrolled in the Boston Birth Cohort study between 1999 and 2014, a project originally designed to investigate the genetic and environmental factors associated with premature births. Overall, 47% of study participants were Black, 28% were Hispanic, and the remaining 25% were white or other races. The average age was 28 years old.

Participants were asked to complete a dietary survey within 24-72 hours after giving birth, with questions focused on how often Mediterranean-style foods were consumed throughout pregnancy. Based on the responses, participants were assigned a diet score and sorted into three groups for analysis and comparison. Higher scores reflected higher frequencies of Mediterranean food consumption.

A total of 10% of surveyed women—848—developed preeclampsia. After adjusting the groupings for age, race, education, marital status, smoking, previous pregnancies and obesity, investigators report that:

In addition to a healthy diet's link to overall better pregnancy outcomes, the study, Minhas says, suggests that racial differences in rates of preeclampsia in the U.S. might be more related to socioeconomic factors than genetic or biological ones since all racial groups benefited from the diet.

"While our findings strengthen the case that adherence to a healthy diet reduces pregnancy complications, clinical trials are still needed to precisely evaluate the benefits of the Mediterranean diet in diverse groups of pregnant women," cautions Noel Mueller, associate professor at the Johns Hopkins Bloomberg School of Public Health and senior author of the study.

Adds Erin Michos, associate director of preventive cardiology at Johns Hopkins Medicine and co-author of this study: "Lifestyle is impactful—one can change the trajectory of their health through following a healthy diet, combined with regular physical activity and not smoking." 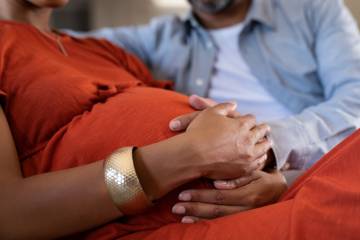 Published Jan 7, 2022
U.S.-born Black women are at higher risk of preeclampsia than their foreign-born counterparts, suggesting biological, cultural, and social factors may contribute to the development of the blood pressure disorder 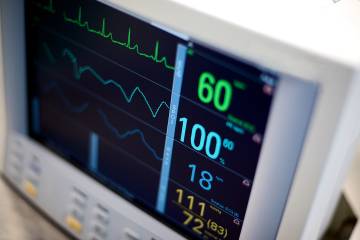 Published Oct 8, 2020
The study, performed by researchers at the Bloomberg School of Public Health, analyzed data on 754 mother-child pairs in Massachusetts.