Finding adds to evidence that unicellular organisms have "regulated cell-death" processes like those found in animals; discovery could one day lead to new antifungal drugs 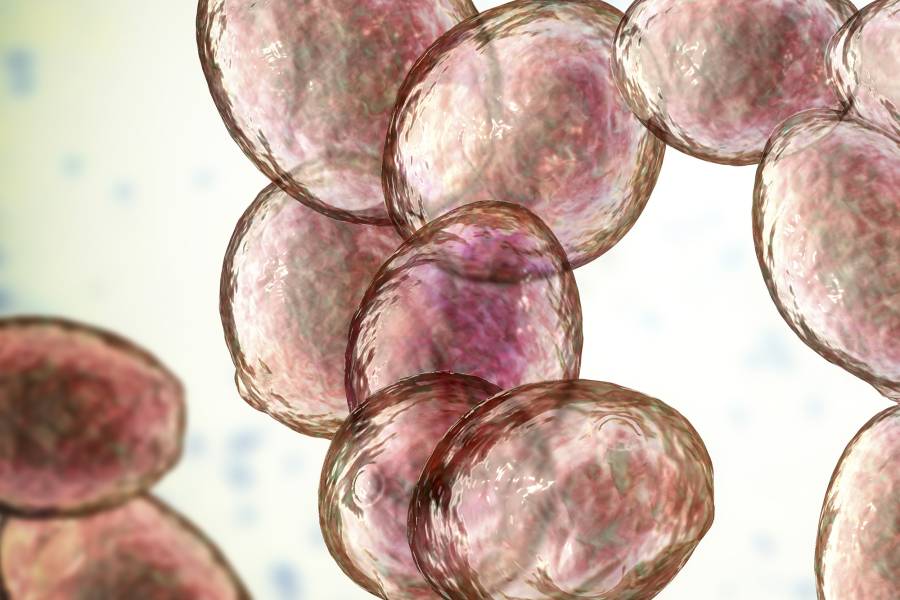 The cells of some yeast species undergo what appears to be a self-destruct process following certain kinds of stress, according to a new study from researchers at the Johns Hopkins Bloomberg School of Public Health.

The findings suggest that these single-celled organisms, thought to be among the earliest forms of life, have programmed or regulated cell-death mechanisms like those that are known to work in animals and other complex organisms. Future drugs to treat yeast and other fungal infections might target such mechanisms, the researchers say.

The study is published April 12 in Cell Reports.

"This is an exciting area of biology that has been neglected, and could offer powerful new strategies for killing pathogenic fungi—not just in the realm of human medicine but also in agriculture and veterinary medicine," says study senior author J. Marie Hardwick, a professor in the Department of Molecular Microbiology and Immunology at the Bloomberg School.

"I hope this will stimulate scientists to get interested in this area of fungal biology. It is rather surprising how long this part of biology has been hiding from our view."
J. Marie Hardwick
Professor, Department of Molecular Microbiology and Immunology

"Programmed cell-death" or "regulated cell-death" mechanisms are well known in animal cells. Typically activated by certain kinds of stress or damage to a cell, they cause further, usually fatal destruction to the cell—even though the cell might otherwise have survived. Such mechanisms are thought to have evolved as primordial forms of "altruism," allowing the sacrifice of damaged and likely dysfunctional, potentially cancerous cells to protect the wider organism. Indeed, cancers often enhance their growth and survival by defusing these self-destruct mechanisms, the best known of which is called apoptosis. Several approved and experimental cancer drugs work by inducing apoptosis.

Scientists had broadly assumed that such cell-death mechanisms were present only in more complex organisms whose cells are more clearly interdependent and belong to a larger organismal structure. However, in recent years, evidence has emerged that some bacteria, and even some multicellular, structured forms of fungi, also have their own such mechanisms.

In the new study, Hardwick's team, including first author Zachary Stolp, a doctoral student at the Bloomberg School during the study, found the first solid evidence of one of these mechanisms in yeast, which are unicellular fungi—fungi that exist as unstructured collections of cells.

Initially the researchers observed that a brief heat treatment of Saccharomyces cerevisiae, a much-studied model organism used in brewing and baking, kills only some yeast cells, and only after an hours-long delay—hinting that the heat triggers a sequence of cell-death-promoting events.

Next, they subjected the yeast cells to the heat treatment after systematically knocking out individual yeast genes. They discovered that when certain genes were absent, the yeast cells were much less likely to die from the treatment, and those cells that did die perished more slowly. This again pointed to the possibility that a distinct cell-death process, reliant on key genes, was at work.

The scientists linked the death-resistant gene knockouts to a four-protein complex in yeast cells called AP-3. They confirmed in further experiments that when AP-3 is intact, the cells die off in a normal way following the heat treatment, but the cells are relatively spared when AP-3 is not intact and can't function.

Within yeast cells, AP-3 normally works as a carrier of various proteins to balloon-like compartments called vacuoles. Acidic and filled with protein-breaking enzymes, vacuoles digest unwanted proteins, allowing their molecular building blocks to be stored and recycled. The researchers found strong evidence that certain proteins carried to vacuoles by AP-3 in the hours prior to heat treatment are transformed by the heat stress in a way that damages vacuoles, causing them to leak their corrosive contents, which soon destroy the surrounding yeast cell.

Without the delivery of these deadly cargoes by AP-3, though, this process doesn't occur and the cell is much more likely to survive.

The researchers showed that this same cell-death process appears to occur when S. cerevisiae cells are exposed to modest doses of two other stressors, acetic acid and hydrogen peroxide, though, again, the process is forestalled and cells become more likely to survive when AP-3 is absent. They also showed that not only S. cerevisiae but also the disease-causing yeast Cryptococcus neoformans, which contributes to hundreds of thousands of deaths around the world annually, resists the lethal effects of such stressors when AP-3 is absent.

Hardwick says that her lab is still working to determine precisely which of AP-3's protein cargoes are responsible for this cell-death mechanism, and which other fungal species might have the mechanism. But for now, the findings indicate that some yeast species have at least one regulated, AP-3-dependent, cell-death pathway. This represents an advance in understanding the biology of yeasts and other fungi, and points to the possibility of developing treatments that enhance or otherwise exploit these pathways to kill disease-causing fungi.

"I hope this will stimulate scientists to get interested in this area of fungal biology," Hardwick says. "It is rather surprising how long this part of biology has been hiding from our view." 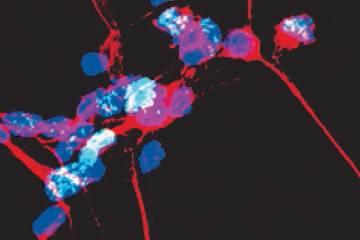