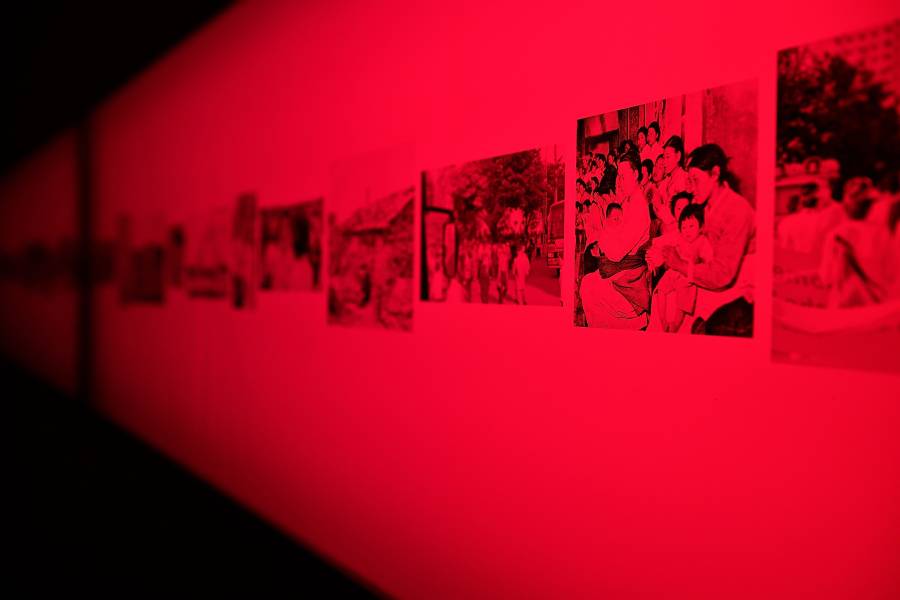 Jane Jin Kaisen's art can easily be considered the work of a historian. Her experimental films and multimedia installations are the fruits of years spent digging through archives and visiting locations loaded with histories that continue to reverberate in the present. 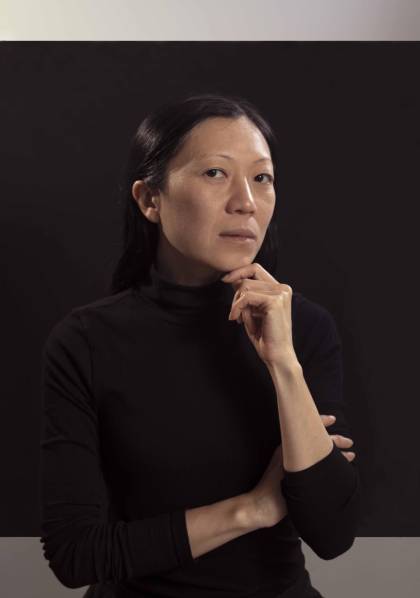 "I take an interdisciplinary approach," says Kaisen, a professor at the Royal Danish Academy of Fine Arts and the 2022 artist-in-residence at the Johns Hopkins Center for Advanced Media Studies. "Within the different works there's a lot of historical research and engagement with different cultures, communities, and conversations." Through these connections, Kaisen weaves together multilayered narratives, incorporating elements as diverse as archival footage, poetry, performance, interviews, and staggering cinematography captured in historically charged spaces around the globe.

As a collaboration between the Center for Advanced Media Studies and Critical Responses to Anti-Asian Violence—or CRAAV, an initiative developed by Johns Hopkins faculty—two of Kaisen's installations are currently on view at Baltimore's SNF Parkway Theatre, where two of her films will also be screened April 7–10. The program is among the most recent of CRAAV's ongoing efforts to promote dialogue about the pervasive issues facing Asian American and Pacific Islander communities.

Just as Kaisen, who was born on Jeju Island, South Korea, and is based in Copenhagen, dissolves disciplinary distinctions through her practice, her work thematically challenges borders that separate time, space, and gender. Her feature-length narrative experimental film Community of Parting (2019), which will be screened on April 7 and followed by an artist Q&A and panel discussion, presents a nonlinear montage drawing from the Korean shamanic myth of Bari, a princess abandoned at birth for being born a girl. After saving her parents' lives, Bari is offered half her father's kingdom, but she chooses instead to be a mediator between the living and the dead. Kaisen interprets "this kind of active choice to be in between" as a feminist refusal to abide by the rule of borders. The myth is repeatedly invoked across the film through the words of various speakers and the rituals of shaman Koh Sunahn, a survivor of the state-executed massacre in 1948 on Jeju Island that claimed the lives of an estimated 30,000 islanders.

Traumatic history and ritual performance also appear in the two-screen video installation Strange Meetings (2017). One projection displays footage of the crumbling interior of a South Korean treatment facility for sexually transmitted diseases—used in the 1970s to detain women in sex work servicing U.S. soldiers—followed by a scene just outside the building's walls where a fire-eating drag performer entertains local residents. The opposite screen focuses on the hands of a former detainee of a similar STD treatment facility as she draws and describes the building's floor plan from memory.

Center for Advanced Media Studies Director Bernadette Wegenstein, a professor of media studies, sees Kaisen's work as an opportunity to explore challenging issues with students. This semester, Wegenstein is teaching an undergraduate course on Kaisen's residency with Clara Han, a professor of anthropology and the CRAAV faculty member who led the effort to bring Kaisen's work to Baltimore. Thinking about the violent histories that surface in Kaisen's work, Wegenstein asks: "How do you talk about such difficult topics? How do you represent them?" Kaisen says the medium of experimental film has allowed her to "carve out an aesthetic language to approach something that is almost unspeakable, and to reach that texture with the work."

CRAAV is the product of the desire of Johns Hopkins faculty members to find ways to discuss the immeasurable effects of historical and racist violence. The initiative emerged as a response to the mass shootings that took place in Atlanta in March 2021, which claimed the lives of eight people, six of whom were women of Asian descent. H. Yumi Kim, assistant professor in the Department of History, recalls feeling concerned for her Asian American and Pacific Islander students at the time of the shootings. She spoke with Han and their colleague Erin Aeran Chung, an associate professor of East Asian politics in the Political Science Department, who shared Kim's sense of urgency and quickly organized a virtual roundtable discussion. Through the CRAAV programs that followed, Kim says, the initiative has focused on understanding "how anti-Asian violence is not a simple equation." The tragedy in Atlanta, she notes, was not an isolated incident but rather is linked to the United States' wars and military presence in Asian countries.

Relationships like this crystallize in Kaisen's work. The Woman, the Orphan, and the Tiger (2010), a film made in collaboration with Guston Sondin-Kung that will be screened April 8–10, connects the intergenerational trauma shared between three groups of women: those forced into sexual slavery by the Japanese military between the world wars, those involved in sex work around U.S. military bases in South Korea since the Korean War, and those who have been adopted from South Korea to the West. The photographic installation Apertures | Specters | Rifts (2016) similarly bridges time by interspersing beneath translucent red panels a series of photographs taken by a Danish member of an international women's delegation to North Korea in 1951 with images captured by Kaisen herself in 2015 while also visiting the country as part of a delegation. "The reading of images is never neutral," Kaisen says, thinking in particular about historically polarizing representations of the Korean War. "They're saturated by all the baggage that is being brought to them. So the red filter is a kind of way in which to emphasize that we are always seeing reality through a filter."

Han stresses the importance of avoiding one-dimensional readings that reduce the significance of Kaisen's work to Asian identity. "It's an expression of our own initiative: that we don't allow it to be simply cast as a politics of identity, so that only Asian people would go to the Parkway, or that this is relevant only to Asian people," she says. "This is relevant to all of us insofar as we are all marked by the violence of the world."

Jane Jin Kaisen's Community of Parting will be screened and followed by a panel discussion and artist Q&A at the SNF Parkway Theatre on April 7 at 7 p.m. Screenings of The Woman, the Orphan, and the Tiger and additional screenings of Community of Parting will take place April 8-10. Kaisen's installations Strange Meetings and Apertures | Specters | Rifts are on view at the Parkway now through April 10. All programs are open to the public. Tickets to film screenings can be purchased on the Maryland Film Festival's website.