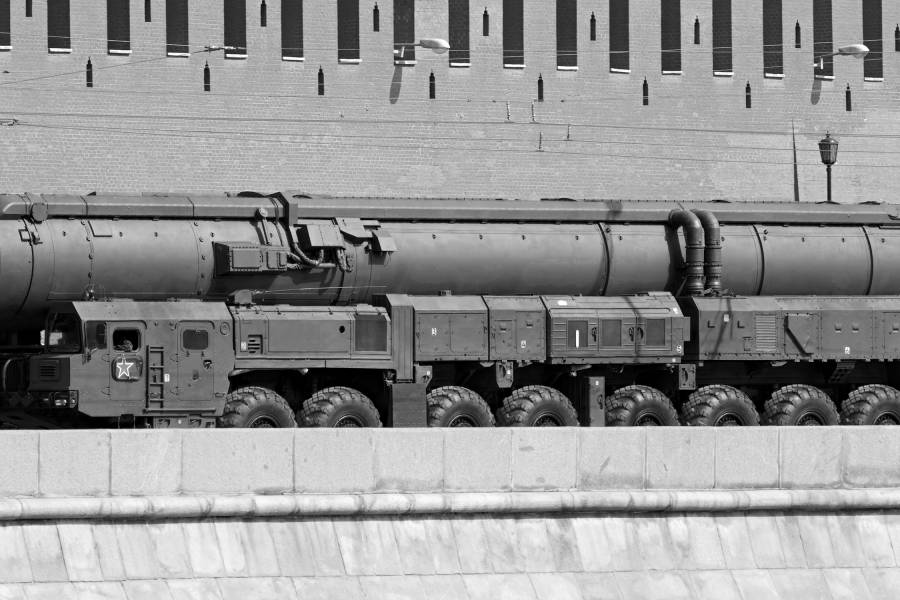 Francis Gavin, an expert in foreign policy, statecraft, and nuclear proliferation at Johns Hopkins, discusses this delicate stage of Russia's conflict in Ukraine

Ukraine has staunched the Russian invasion of its borders for two weeks now, holding off an army hellbent on occupying its cities even as its attacker reportedly launches violent and illegal assaults on civilian targets such as evacuation routes and hospitals. But despite Ukraine's resistance, and despite the U.S. and its allies leveraging their substantial economic power to impose crippling sanctions, Russian President Vladimir Putin appears steadfast in his effort to continue his offensive.

Any outcome—a Russian defeat or a Russian victory—could bring further death, destruction, and chaos to the region, simply because Putin wields one of humanity's most profound dangers: nuclear weapons.

For insights, the Hub spoke with Gavin, who is the author of Nuclear Weapons and American Grand Strategy (Brookings Institution Press, 2020) and is the director of the Henry A. Kissinger Center for Global Affairs and the Giovanni Agnelli Distinguished Professor at the Johns Hopkins School of Advanced International Studies.

He discussed Russia's nuclear strategy, the deterrence power remaining to the U.S. and its allies, and why, when a nuclear power is led by an authoritarian, its potential defeat is as delicate a situation to navigate as its potential victory.

What has Russia's nuclear strategy been to this point?

Russia has more nuclear weapons than anyone in the world. If you were to look at all the elements of power that comprise state power, Russia is fairly unimpressive. Its economy is smaller than Texas's. It's not an especially innovative economy. It's not one that has what we would call elements of soft power and attractive power. It's certainly large and has lots of natural resources, but it has flat, if not declining, demographics. What it does have is lots of nuclear weapons, and those nuclear weapons mean that even though its economy may not rank in the top, it must be taken seriously. 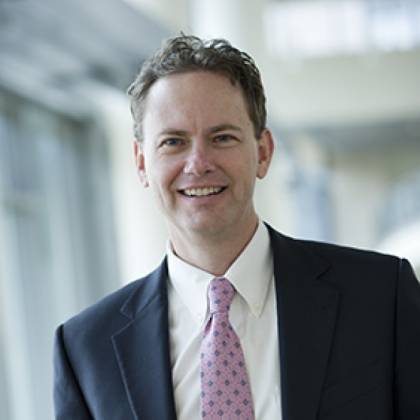 I think Russia has fully relied on their nuclear arsenal because they know that having nuclear weapons means both that people have to pay attention to it and that, in a conflict like this, even if things were going poorly, the United States would not directly attack Russian forces because we're deterred by the nuclear weapons, and the Russians are quite aware of that.

Was Putin merely saber-rattling when he put his nuclear forces on heightened alert? How likely is it that a nuclear attack could take place? How concerned should we be?

Once wars begin, they generate all sorts of complexity and unintended consequences, and the kinds of things we take for certain during peace time change during war time. So that's an important consideration going in. I think that the odds of some kind of nuclear exchange are almost an impossibility because, whatever Putin's motivations, they aren't to bring ruin to himself and the end of his country, which is what would happen. But I think there are two scenarios that worry people. They are still very low probability, but they're ones that have nevertheless increased.

If, in the effort to signal that nuclear weapons are part of Putin's thinking, you have more mobilization and looser command and control, you increase the possibility of either an accident or a miscalculation. The other scenario is if the war is going badly for Putin—where it looks like he's losing and the West is delivering arms, say, across the Polish border—it's still very low probability, but the Russians have more tactical nuclear weapons than anybody. And that's the kind of scenario that I think would really worry people. We have seen a sea change in how Europe has responded to this crisis, but when you start talking no fly zones, you start talking about sending jets and things like that, you run the risk of an escalation, especially if the ground war is going poorly. You could see the possibility of Putin saying maybe this shouldn't be off the table. Again, I want to emphasize that it has a very, very low probability of this happening. 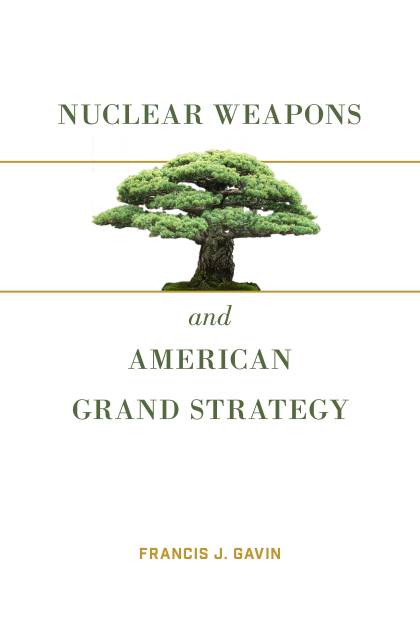 I also think that one has to imagine how it would be received in the chain of command in the Russian military as well. Do they follow that order? Does it inspire people who are concerned about Putin to say "enough is enough?" As you can see, this kind of speculation shows why this is so scary—because we just don't know. And when you just don't know and it involves catastrophic weapons like nuclear weapons, you should be spending a lot of time thinking about it very, very seriously.

The big news last week was the seizure of the Ukrainian nuclear plant. What is the risk of Putin now having control of this power plant?

When we think of Ukraine, of course, we always think of the meltdown at Chernobyl, which was so traumatic. This complex [Zaporizhzhia] is much safer than the one at Chernobyl. You can't just blow one up. It's not like in a James Bond movie. But once the reactor is shut down, it takes several days, even weeks, for the cooling to take place and it needs water and electricity. If those are cut off, then you could have real problems. In general, one doesn't like to see any fighting around nuclear plants.

One imagines that the Russian logic here is given that a large percentage of the Ukrainian electricity is nuclear, this gives them an ability to control the flow of energy. So I would say it's a concern and a worry, but the dangers are perhaps different than the ones people generally have in their imaginations. Let's put it this way: If I was in a position of responsibility, this is something I would watch very, very closely. And I've spoken to people in positions of responsibility, I know that they are watching it very, very closely.

What are the options for deterrence? What is on the table, and what should be on the table?

The great challenge here is that you're dealing with an authoritarian state that has done something horrific, illegal, and terrible, and should have to pay a price for it. And preferably they would lose the invasion. On the other hand, you have a state that is a proud power; that has nuclear weapons; that bears a sense of deep grievance, fair or unfair; and that is now in a situation where, because of the economic whirlwind they've brought upon themselves, are going to find themselves in difficult circumstances.

As a high-level friend in the administration said to me: "Preparing for Putin's loss is even more dangerous and concerning than planning for his victory."

It requires effective statecraft. Because you want to support Ukraine. You are cheered by how the Europeans have rallied together. You cheer how the Ukrainians have fought. You are pleased that the Russians have not done well. But on the other hand, you don't want to escalate. And the last thing you want is an authoritarian leader who's cornered. And so I think you do two things at once: You keep pressure, but then you have to find possible diplomatic off-ramps.

I think we're in a very worrying part of this invasion. The Russian military doing better is not good. And the Russian military doing worse is not necessarily good. And I'll say that people often hope for that magic bullet—literally and figuratively—of a coup in Russia. But they've spent a lot of effort coup-proofing their regime. It's not something to make a part of your policy calculation.

Is there anything else you wish more people understood about the situation in Ukraine?

I think it's helpful to divide the perspective, as historians often do, into a short-, medium-, and long-term point of view. In the short term, things have gone better than people have expected, even though there's been a lot of tragedy. The Russian military has fought more poorly. Ukrainians have held together. The West has rallied, their sanctions have come together and have been powerful. In the medium term, I think you're facing an ungodly war with enormous human costs. There will be a refugee crisis. I think there could be some dark times in the medium term.

But in the long term, I think, ironically, there may be things to take some hope in. If you look at the reaction in places like Germany, Finland, or Japan, and if you look at the private sector and their response of leaving Russia, I think people are realizing that authoritarianism is a real challenge and that the values of openness and freedom and liberty are worth fighting for. We can have different types of political systems—Sweden's is very different from the U.S.'s, which is much different than France's, which is different than Japan's—but this situation has forced people to choose sides between authoritarianism and what my friend Rebecca Lissner calls "the open world." There's a clarity here about the stakes and about what's worth fighting for and preserving. Putin did in 10 days what the Americans have not been able to convince the Europeans to do in 30 years. I think that the idea of having it both ways—of being able to make money while still either being an authoritarian state or being in business with an authoritarian state—really is going to be less plausible in the future. And I think in the long run, that's ultimately probably a good thing. 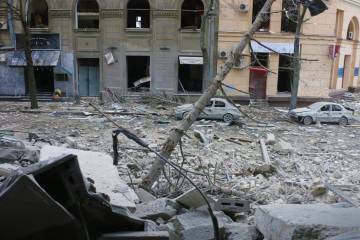 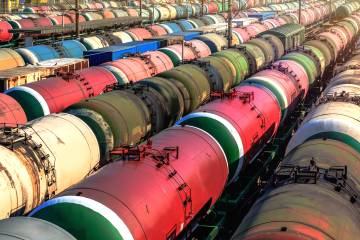 Published March 2, 2022
Alessandro Rebucci, an expert in global economics and finance, discusses how economic sanctions could affect Russia and the global economy 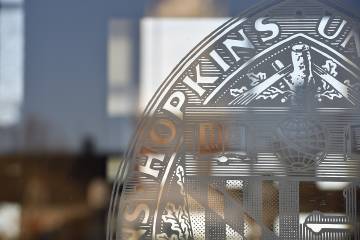 Published March 3, 2022
Resources are available to members of the Hopkins community who have been affected by the unfolding crisis