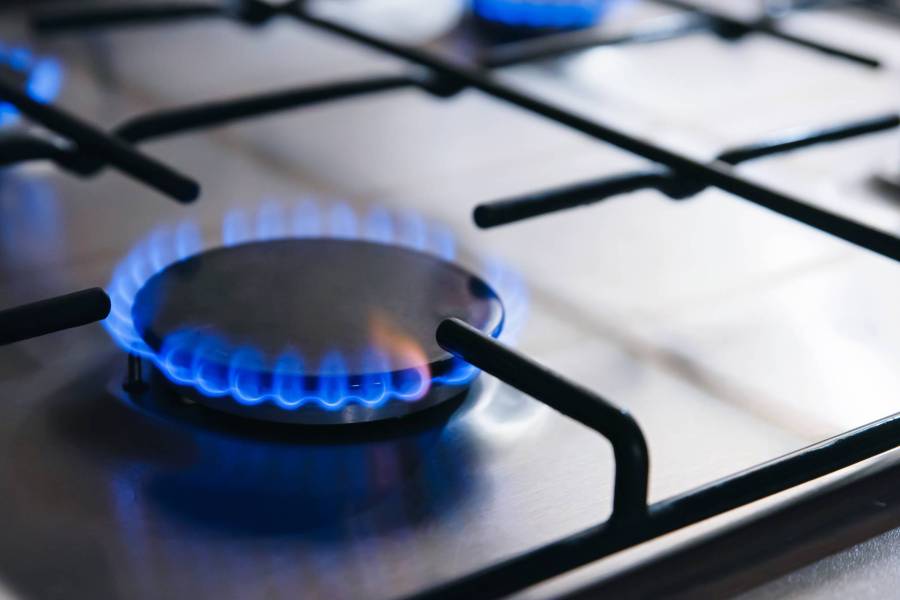 Gas stoves might pose risks to both our planet and health

In more than 40 million American kitchens, cooking takes place through instantaneous fire—the glowing blue flame of a gas stove. Although it has served as a mainstay appliance for more than a century, the gas stove is now becoming a policy flashpoint as concerns rise over its environmental and health impacts.

Recently, a study from Stanford University presented eye-opening findings on the emissions the appliances release, estimating that all the gas stoves in the U.S. may pose an annual climate impact equal to that of 500,000 cars. The new research comes as dozens of U.S. cities have taken measures to ban gas appliances from new construction and further cut off reliance on fossil fuels. The movement started in Berkeley, California, in 2019, and last month New York City became the largest municipality in the country to do so. Medical experts have also become increasingly outspoken in their warnings about indoor air pollution from gas stoves, which are known to exacerbate and trigger symptoms of asthma and other respiratory issues.

With the prevalence of gas stoves across the U.S., and the costs and infeasibility of replacing them, it's unlikely to see the appliances disappear anytime soon. The politics are also fraught, with challenges from the fossil fuel industry—and corresponding laws enacted by at least 20 states, including Arizona, Georgia, Ohio, and Texas, to prevent their cities from restricting gas use.

From the standpoint of climate change, natural gas is troublesome. A nonrenewable fossil fuel culled from the earth by drilling and hydraulic fracking, natural gas emits two planet-warming greenhouse gases: carbon dioxide (from burning the gas), and methane (from gas leaks). Of the two, methane dissipates more quickly but is 80 times more potent over 20 years, according to the Stanford study.

For cities and states that have set targets for net-zero greenhouse gas emissions, "burning natural gas is incompatible with those goals," says Scot Miller, a Johns Hopkins assistant professor of environmental health and engineering who studies greenhouse gases and air pollutants. In general, climate-friendly policies emphasize shifting away from burning fossil fuels that produce greenhouse gases and, instead, increasing reliance on electricity that can be powered by renewable sources such as solar and wind. The Biden administration's climate plan calls for government incentives to induce people to switch from gas in their homes to all-electric.

In 2019, natural gas made up 32% of energy consumption in the U.S., according to the Energy Information Administration. By estimates of the same agency in 2015, gas stoves accounted for a slim portion of that, less than 3%. But because methane is so potent, "small leaks can have a significant impact," Miller says. And leaks can be fairly common along different stages of the natural gas infrastructure, from drilling and piping to the slight but still harmful vapors that exit household stoves, even when turned off, he says.

The recent Stanford study reveals only a hint of the problem inside kitchens, as indoor air quality remains unregulated by the Environmental Protection Agency. However, an EPA spokesperson told The Washington Post last month that the agency intends to update its annual greenhouse gas inventory in 2022 to include emissions from inside homes and buildings.

Natural gas also produces the byproduct of nitrogen dioxide (NO2), an air pollutant that can reduce lung function, cause inflammation of airways, increase asthma attacks, and exacerbate other respiratory issues, according to the American Lung Association. A growing body of medical literature has established a link between cooking with gas and childhood asthma, including one meta-analysis from 2013 finding that children living in homes with gas stoves face a 42% increased risk of asthma symptoms and a 24% increased risk of an asthma diagnosis in their lifetimes. A Johns Hopkins study from 2008 found similar associations.

In January 2020, the stalwart New England Journal of Medicine published an editorial warning against "the false promise" of natural gas, citing "health and environmental hazards and reduced social welfare at every stage of its cycle."

"I think it's important that better information gets out, is more publicly available, so people are aware of the potential risks," says William Checkley, an associate professor of medicine at Johns Hopkins with expertise in acute lung injury.

Checkley emphasizes the importance of proper ventilation, including range hoods above the stove, which "can eliminate a good amount of NO2 and protect people in the kitchen." However, unlike other gas appliances such as water heaters, federal regulations don't require gas stoves to vent to the outdoors.

"I think it's important that better information gets out, is more publicly available, so people are aware of the potential risks."
William Checkley
Johns Hopkins School of Medicine

A recent UCLA study notes that the effectiveness of ventilation "usually depends on appliance quality and maintenance." Because of that fact, the health burdens tend to be disproportionately high among low-income citizens, who are more often renters with little choice over their appliances—and more likely to live in small spaces where pollutants are more concentrated.

Compared to coal and oil, natural gas has been hailed as a cleaner-burning, lower-carbon fuel. During the Obama administration, Miller notes, gas was positioned as an ideal "transition" fuel to bridge between coal and oil of the past and the renewable energy sources that will become more available in the future.

That line of thinking remains realistic in the short term, Miller says, as hopes for a greener electricity grid look 10 to 20 years out. "If we stopped using natural gas in our homes at the moment, we would increase our use of coal," which is more dangerous for the climate, he says.

"It's an interesting public policy challenge and really a difficult problem to answer in terms of generating a strong climate strategy," Miller says.

A similar kind of realism can apply when considering the health impacts. Checkley, who works in global settings including some with extreme poverty, notes that many households rely on burning wood or coal for cooking, posing graver health consequences than gas. "The residents are not able to afford gas, and electricity is not an option because they're off the grid," he says. In the U.S., however, "resources are more readily available to move us to cleaner fuels like electricity-based cooking."

A 2020 report from the Physicians for Social Responsibility and three environmental groups recommended steps an individual can take, when possible, to reduce risks from gas stoves. Hood ranges with fans that vent outdoors are always preferable, and fans are more successful when you use the back burners. If vents aren't available, try to cook with the windows open. Also try for alternative cooking methods that don't use gas, including toaster ovens or electric induction cooktops.

While gas stoves themselves might not be the No. 1 concern in terms of pollutants, the larger goal of reducing use of greenhouse gases is of urgent importance, Miller says, as emissions only continue to increase globally. "The question of whether we should get rid of gas stoves and other gas appliances really depends on what we as a society, and our governments, decide is the best path forward for reducing our greenhouse gas emissions," Miller says. "There's a lot of debate over which policies are most effective, but personally, I would argue that any measure that helps reduce our emissions is a good measure."