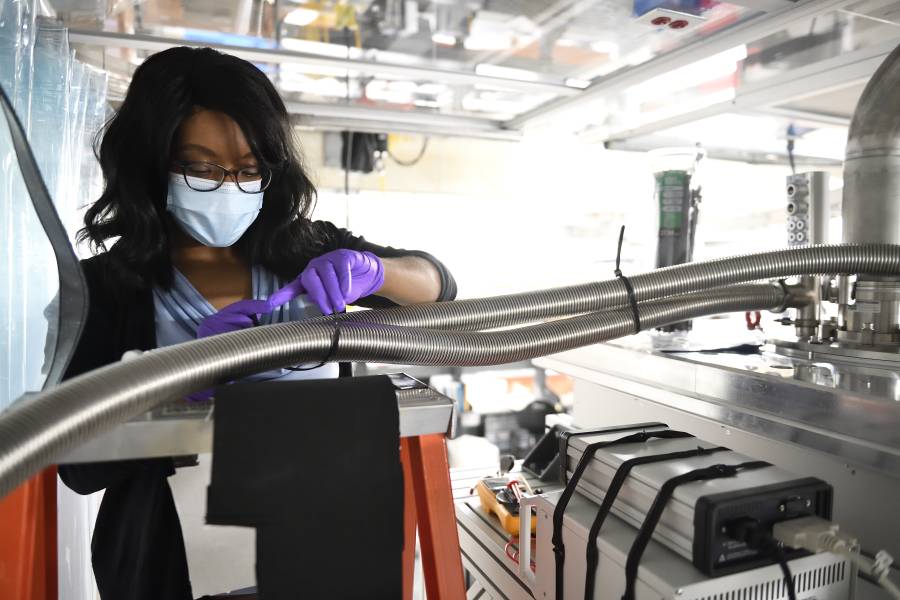 Image caption: Danielle Speller in her lab, where she works on identifying new particles and radioactive decays. 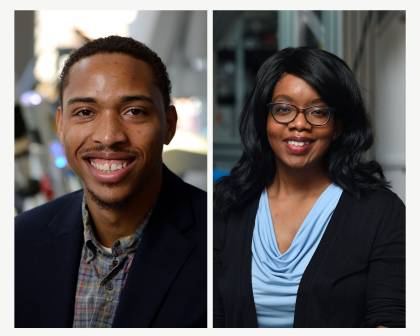 Brown says he looks forward to using the fellowship funds to support his work studying the connection between humans and robotics and collaborating with Johns Hopkins Medicine to further the medical implications of his research. His work focuses on how humans' sense of touch impacts their ability to perform dexterous manipulation tasks, such as grasping an object. For those who use prostheses, that sense of touch is absent, but Brown is interested in understanding how a person's dexterity changes when performing tasks through prostheses. To replicate the sense of touch in these scenarios, Brown and his research team develop novel robotic haptic feedback devices—tools that artificially substitute touch through mechanical sensations such as force and vibration. His research has implications not only for amputees and those who use prostheses but also for increasing accuracy and precision with robot assistance for surgeons who perform complex, minimally invasive procedures. 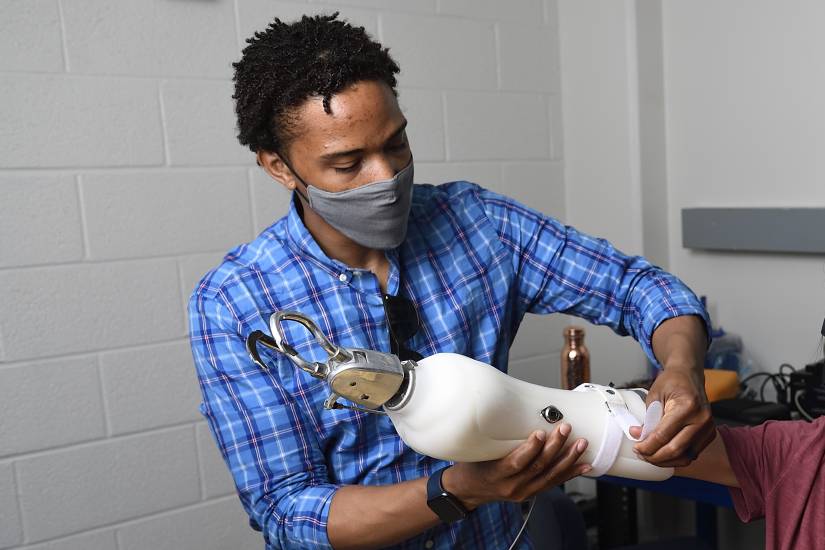 Image caption: Jeremy D. Brown works with a prosthetic arm. His work focuses on how humans' sense of touch affects their dexterity.

"Many researchers I admire are Sloan Fellows," Brown says. "Inclusion in this community is an honor for which I am truly humbled. In addition to catalyzing my research, I hope my recognition encourages other faculty in complementary fields to overcome imposter syndrome in pursuit of advancing interdisciplinary science."

Speller's research focuses on finding new particles and radioactive decays. Her team is particularly interested in specific particles called axions, which could help explain the presence of invisible mass in galaxies. She and her team search for axions by using turntable cavities immersed in large magnetic fields. If axions interact with the magnetic field, the interaction would appear in the collected data as a small amount of excess power. All of her work in nuclear and particle physics is designed to create a fuller, more accurate description of the natural world. Speller plans to use the fellowship funds to gain research support for a graduate student and to purchase equipment which will allow her team to build and collect data to continue the search for axions.

"The Sloan Research Fellowship is an honor, indicating support from the community of scholars and providing an important source of early funding in the realization of my research goals," Speller says. "I am excited, and I look forward to joining other fellows in continued research and the pursuit of a deeper understanding of the natural world."