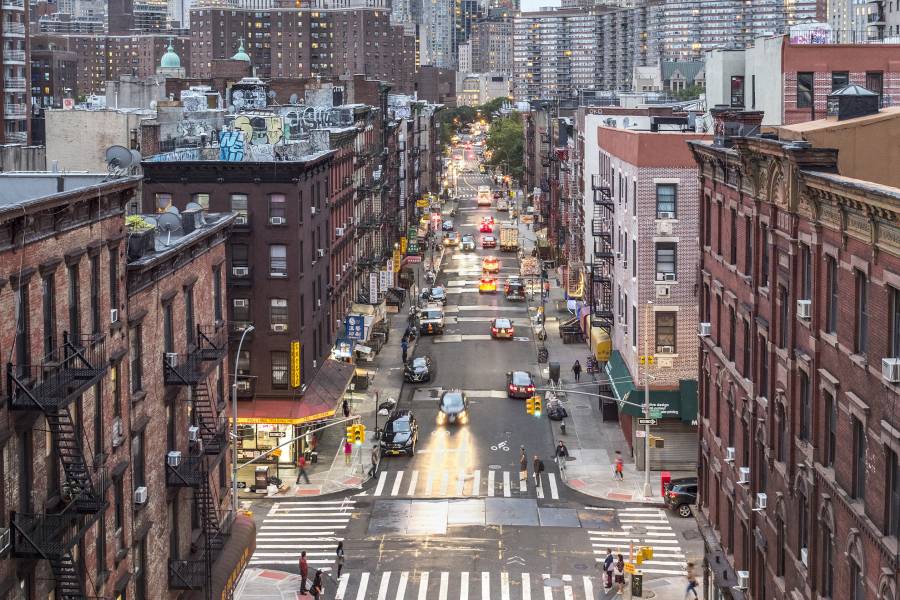 As municipalities clamor for a slice of President Biden's $1.2 trillion infrastructure spending bill, one Johns Hopkins scientist is re-examining one of the basic elements of road-building: determining the width of road lanes. But determining the width that provides the highest level of safety, access, and comfort for every road user—drivers, cyclists, and pedestrians—is complex, says Shima Hamidi, an assistant professor in Johns Hopkins' Department of Environmental Health and Engineering, which is shared by the Whiting School of Engineering and the Bloomberg School of Public Health.

It's a data problem, she says, and she wants to help cities solve it.

Hamidi is undertaking a massive collection of data on urban streets across the United States to answer one question: How low can cities go on street width to make room for bike lanes and wider sidewalks?

For the study, which is funded by Bloomberg Philanthropies, Hamidi and her research team will examine a national sample of urban street segments from 11 major cities in 10 states. They will collect data on road features, traffic, and safety data for about 5,000 roads and road segments and will account for a range of geometric, urban design, and traffic factors such as lighting, crosswalks, traffic calming measures, medians, existing bike and pedestrian infrastructure, and volume of cars. The data will then be compiled into a model to determine the "tipping point" for the safest lane width for the class of road.

"Pedestrian and cyclist fatality rates have increased in the United States, even during the pandemic, despite a significant decline in traffic volume and car accidents. The biggest reason is the lack of dedicated bike lanes and sidewalk infrastructure."
Shima Hamidi
Assistant professor, Department of Environmental Health and Engineering

"Everything we do is in urban areas, which are more likely to be used by pedestrians and cyclists," Hamidi says. "We hope to use the data to show that narrowing lanes and using the extra space for bike lanes and wider sidewalks within the existing infrastructure maintains safety for drivers while providing the safe cycling and walking spaces that city dwellers want and need."

As part of the project, officials in Salt Lake City, Utah, have pledged to use the results to change their current road design practices. Hamidi hopes that, faced with the data, other cities will follow their example.

For insights into the study, Hamidi spoke with the Hub about how streets are designed now, how they could be improved, and what that means for the safety of drivers, cyclists, and pedestrians.

My experience with cities in the United States is that in many cases, travel lanes are wider than what they should be, sometimes by several feet. This is based on a perception that the wider the lane, the safer it is for cars and drivers. But my hypothesis is that it works quite the opposite. It makes the street less safe overall, and in this war of who owns the streets, it gives priority to cars. This practice of wider lanes does not allow pedestrians, cyclists, and other users to get the most out of that experience, just because of this argument that wider lanes make the street safer for drivers.

Why do you think this work is important?

There has been constant competition for space on urban roads. In most American cities, the automobile is the winner of this competition, making it a challenge to find space for bike lanes and sidewalks. At the same time, American cities have seen increased demand for walking and biking in recent years, particularly since the emergence of the COVID-19 pandemic. In fact, 2020 and 2021 were the biggest years for cycling since 1973. Unfortunately, pedestrian and cyclist fatality rates have increased in the United States, even during the pandemic, despite a significant decline in traffic volume and car accidents. The biggest reason is the lack of dedicated bike lanes and sidewalk infrastructure.

One of the easiest and most cost-efficient ways to make space for cyclists and pedestrians is to narrow travel lanes and parking lanes. We think the data will show that this can be done without compromising driver safety. This adjustment in lane width could offer the opportunity to add bike lanes and widen sidewalks within existing infrastructure for as little as $5,000-$30,000 per mile.

What impact do you think this research will have?

The biggest barrier to narrowing traffic lanes is the mindset of traffic engineers. It's difficult to convince them, even with data, that wider lanes are not necessarily safer. We are so pleased that the Bloomberg grant includes funding for communication efforts. Once we collect the data, we will interview city officials, policy makers, planners, and traffic engineers for a series of videos designed to educate their peers on this issue and convince them to rethink how they approach street design and lane width. 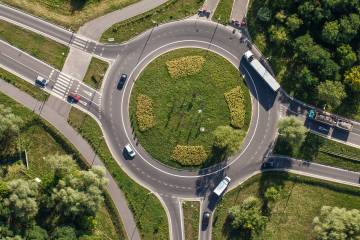 Published May 13, 2021
Safe System roads are designed to minimize mistakes made by drivers, pedestrians, and cyclists and to limit the damage when accidents do occur