Safe System roads are designed to minimize mistakes made by drivers, pedestrians, and cyclists and to limit the damage when accidents do occur 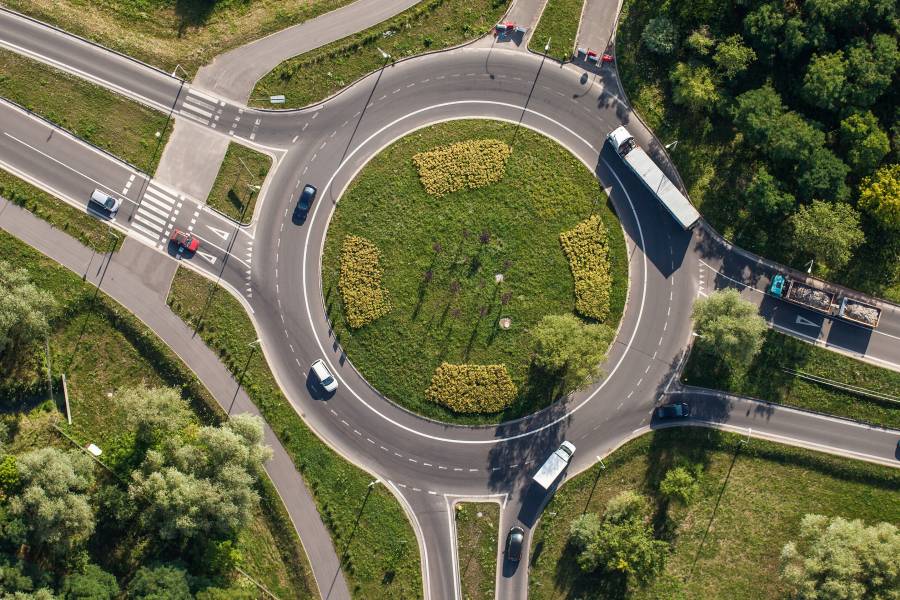 A new approach to road safety that relies on design and engineering principles—the "Safe System" approach—could lead to dramatic reductions in vehicle-related deaths and injuries if implemented in the U.S., according to a report from a consortium of experts convened by researchers at Johns Hopkins Bloomberg School of Public Health and the Institute of Transportation Engineers.

The Safe System approach engineers road systems so that they are safe when used intuitively, the way people tend to use them. A Safe System minimizes the chances for mistakes by drivers, pedestrians, and bicyclists, and reduces the intensity of crashes when they do occur. This approach—which may include the use of roundabouts, separated bike lanes, rumble strips, and other measures—has already been applied successfully in several other countries. In Sweden, where the approach was first implemented, road deaths fell by about 67% from 1990 to 2017.

The report's authors advocate that the Safe System approach can improve road safety equity if it is implemented in ways that close the safety gap between well-served and historically underserved communities.

According to the National Safety Council, highway deaths increased 8% last year over the previous year even though people were driving considerably less, with an estimated 42,000 deaths in motor vehicle crashes and 4.8 million injuries. Since 2009, the traffic death rate has remained relatively steady at about 11 deaths per 100,000 population, and crashes have persisted as the leading cause of death among young people. The rate of traffic deaths in the U.S. declined sharply between the 1960s and 1990, largely as a result of the car safety revolution.

"With this report, we're encouraging policymakers to adopt what would be a paradigm shift in the approach to road safety in the U.S., with the potential to dramatically reduce the vehicle-related injuries and deaths that we've been seeing on a daily basis," says co-author Shannon Frattaroli, associate professor in the Department of Health Policy and Management at the Bloomberg School and director of the Johns Hopkins Center for Injury Research and Policy.

"We see the Safe System approach as a way of engineering safety into the road system—making safety natural and intuitive for those who use the roads, so that the way they'll feel most comfortable driving or walking is the safest way," says co-author Jeffrey Michael, a former senior official at the National Highway Traffic Safety Administration who is now a distinguished scholar in the Department of Health Policy and Management and the Leon S. Robertson Faculty Development Chair in Injury Prevention at the Bloomberg School.

The traditional strategy for road safety in the U.S., the authors note, puts much of the burden of responsibility on the people driving, walking, or cycling on the roads. By contrast, the Safe System approach is designed to place a greater burden on the design of roads and vehicles.

"[N]ormal human lapses in judgment or diligence are expected, and roads are configured so that such errors do not lead to death or serious injury," the co-authors write. "Even with a forgiving design, crashes will occur in a Safe System, so roads are designed to limit crash forces to survivable levels."

Specific design changes in a Safe System include:

As the authors of the report note, studies of Safe System measures indicate that they lead to dramatic drops in traffic deaths—for example, a roughly 80% reduction in severe crashes after the installation of roundabouts, and a 97% reduction in high-energy, head-on collisions with median barriers.

Overall, the Safe System approach has been linked to substantial traffic fatality reductions. Countries that adopted the approach in the 1990s show large drops in deaths between 1990 and 2017—with a 47% reduction in Australia, 48% reduction in New Zealand, 80% percent reduction in Spain, and 67% reduction in Sweden.

One of the Biden Administration's clearest priorities is to redress a history of underinvestment in road safety in communities of color, and the authors recommend that the Safe System approach be used to do this.

"Some communities currently have much more than their share of exposure to traffic-related hazards, due to larger thoroughfares going through their neighborhoods, for example, and/or fewer safety measures," Michael says. "It's how our transportation system developed over the years—but we now have an opportunity to change our approach."

The report's recommendations include requiring that Safe System principles be followed when federal funds are used for road design and operation, and setting up special programs to implement Safe System measures in historically underserved communities. 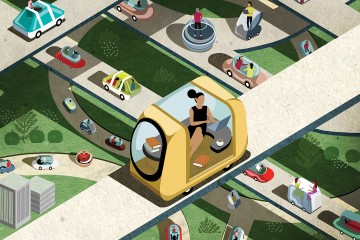 In the driver's seat

Published Summer 2018
Self-driving cars have the potential to make roads safer. But what do we do while they learn from their mistakes? / Johns Hopkins Magazine