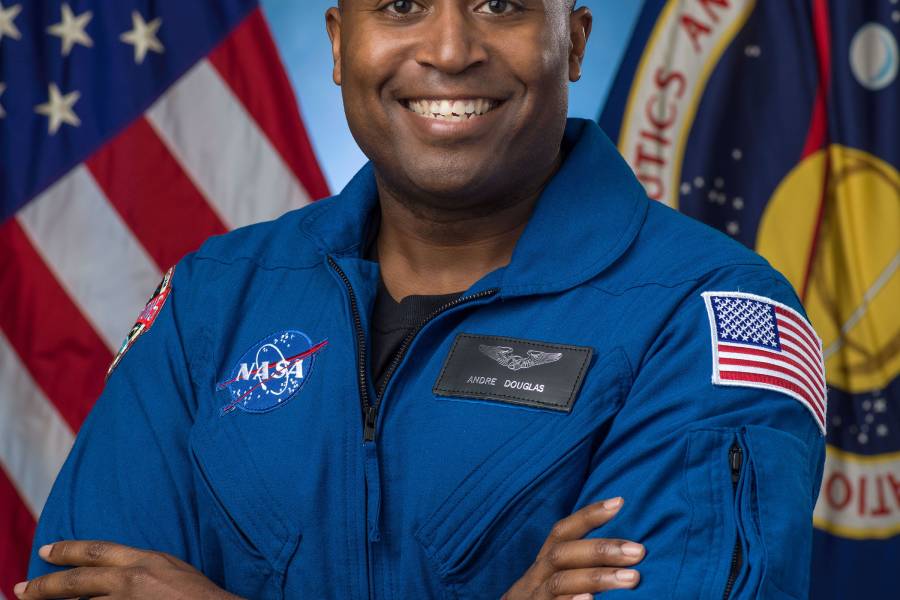 Whiting School alum and former APL employee Andre Douglas is one of 10 astronaut candidates who recently began training with NASA, the culmination of a life spent dreaming of the stars

For most kids, "I want to be an astronaut when I grow up" is a cute line, the stuff of fantasy. For engineer Andre Douglas, it's a goal now within reach.

Douglas, 35, who received his master's degree in electrical and computer engineering from Johns Hopkins in 2019 while working at JHU's Applied Physics Laboratory, was recently inducted into NASA's newest astronaut candidate class—one of 10 selected from a field of more than 12,000 candidates. With his wife and son, he moved from Maryland to Houston in December to settle in at the Johnson Space Center, where he'll train for two years in robotics, jet flights, and space walks while learning the Russian language skills he will need aboard the International Space Station.

From an early age—decades before he would earn degrees from the Coast Guard Academy, the University of Michigan, Hopkins, and George Washington University—Douglas was tinkering with telescopes and learning the constellations, he says. In high school he handed in book reports about black holes and nuclear division. "When I got older and understood that the job of an astronaut is to purposefully explore space and the universe, and help answer questions for scientists—I thought it was perfect," he says. 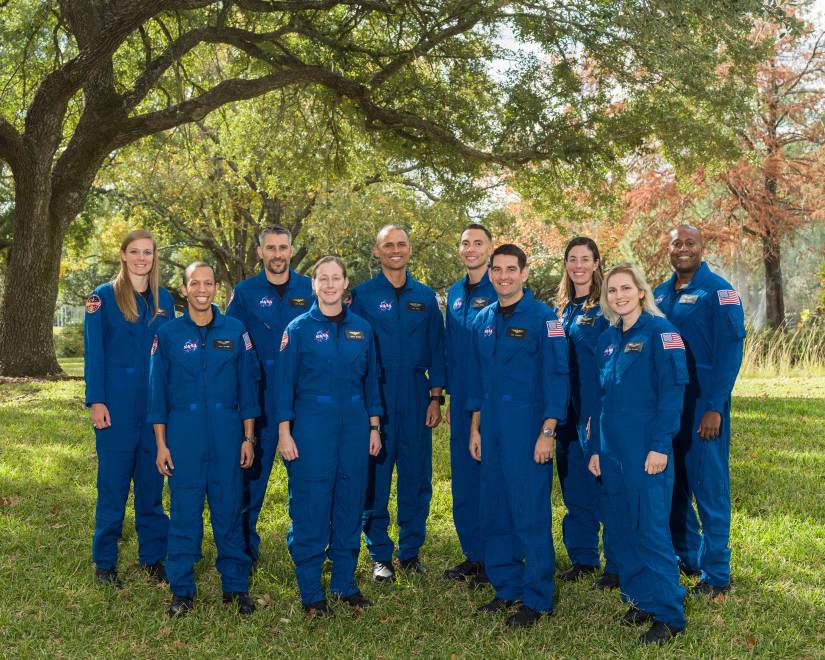 Douglas pivoted from a military career to join APL in 2015, working to improve ballistic missile defenses, pilot unmanned surface vessels, and—bringing him closer to space—support planetary defense missions for NASA. "I made a major decision in my life, in the middle of my military career, to chase space exploration," he says.

Upon graduating from NASA's training, Douglas may take on missions such as research aboard the space station, commercial spacecraft launches, or walking on the moon. He's among NASA's 23rd class of astronaut candidates since 1959, and is also a member of its Artemis generation, which will endeavor to land the first woman and the first person from a minority group on the moon before pivoting to the next big goal: sending the first astronauts to Mars.

"My way was definitely unconventional, having a Coast Guard engineer end up as an astronaut," Douglas says. "I always tell people—it sounds cliché, but follow your passion. There's many paths to getting there."