'There are some early signs that we're headed in the wrong direction,' Johns Hopkins epidemiologist Jennifer Nuzzo says

A plateau in U.S. COVID-19 cases following several weeks of declining infections is a "worrisome" indication for a potential spike this winter as people congregate inside more often because of holidays and colder weather, a Johns Hopkins University expert said Friday.

The United States had been reporting case declines of 10% or more each week throughout September and October, but the 508,332 cases reported this week is nearly the same as last week, according to data from the Johns Hopkins Coronavirus Resource Center. 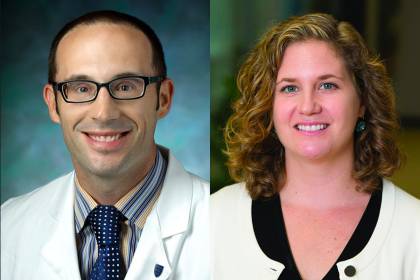 "This week compared to last week, the cases have pretty much stalled," said Jennifer Nuzzo, the CRC's epidemiology lead, during a Friday online briefing. "That's worrisome for two reasons—one, because we like to see the declines continue, but also because where we're stalling is at a level of weekly case numbers that are still well above what we saw at the lower periods at the end of June and in early July."

The average daily case counts this week stands at 73,000, about the same as it has been for the past two weeks. Cases have increased in 22 states, located mostly in the Midwest and West.

"There are a number of states where these increases have persisted for two or more weeks, and that's usually the metric we look for to say a trend is happening," added Nuzzo, a senior scholar at the Center for Health Security at the Bloomberg School of Public Health. "So there are some early signs that we're headed in the wrong direction."

The stalled case numbers have not translated into increases in hospitalizations or deaths, she added. But those are typically "lagging indicators" that wouldn't show signs "for a number of weeks."

"It's really urgent that we do more to address the stalling," Nuzzo said.

The best solution? Increasing immunity in the population through vaccination.

"Unfortunately, if you look at the data in terms of the progress we are making with vaccinations, we seem to be doing a lot more third doses than first and second doses," she said. "And there's still a long way to go."

The United States has fully vaccinated just about 59% of its population, less than 50 other nations, according to CRC data. That leaves the nation in a "much more vulnerable situation" for increasing transmission, she added.

"In the United States I would say any optimism has to be tempered a bit, [especially] when we look at what's happening globally," Nuzzo said.

Cases that had been on the decline around the world are increasing, especially in Eastern Europe and Africa.

"This emphasizes that this global pandemic is very much not over," she said. "And that we must make more progress in increasing vaccine uptake not just here in the United States, but globally. Because what happens elsewhere could come here."

Those worrisome trends, however, are not visible in Maryland.

Brian Garibaldi, the CRC clinical lead and medical director for the Johns Hopkins Biocontainment Unit, said COVID hospitalizations in Maryland have continued to decline to about 600 hospitalized patients, down from about 1,000 a month ago. The patients who do arrive in intensive care units are either unvaccinated or have compromised immune systems, Garibaldi said.

"We must make more progress in increasing vaccine uptake not just here in the United States, but globally. Because what happens elsewhere could come here."
Jennifer Nuzzo
Coronavirus Resource Center epidemiology lead

"There is reassuring data from the CDC … that the risk of hospitalization and severe disease is much higher in unvaccinated individuals," he added. "So the vaccines are still holding against the delta variant."

More than 67% of Maryland's population is fully vaccinated, while the national average still hovers below 60%.

"We still need to push very hard to get people who have not yet gotten their first series of vaccines to get vaccinated, and that includes children," he said. "Many people are very excited about the fact that children ages 5 to 11 are now eligible to get vaccinated. But it remains to be seen what that enthusiasm is going to be for vaccinating kids."

The federal government authorized emergency use of the Pfizer/BioNTech vaccine for children this week.

The risk of a rare side effect of inflammation of the heart, called myocarditis or pericarditis, is "far greater" from COVID than it is from a vaccine.

"The vaccine for children is safe and effective. ... Kids are much more likely to get severely ill from COVID than they are to have even a mild side effect from the vaccine," he said. "The risk benefit far favors getting vaccinated for children 5 to 11, as quickly as possible. The sooner we do that the better off we're going to be in preventing what we hope is not going to happen: a winter surge as we all go inside and start congregating more."

"We still need to push very hard to get people who have not yet gotten their first series of vaccines to get vaccinated, and that includes children."
Brian Garibaldi
Coronavirus Resource Center clinical lead

Until more children are vaccinated the nation still needs to support steps that are known to be effective at mitigating transmission, such as mask mandates, especially in schools where many unvaccinated people gather daily.

"The data is very clear that in schools that have masks, transmission is much lower than in school systems that have not implemented masks," Garibaldi said.

He added that people should get their flu shots—in addition to their COVID vaccines—and consider wearing masks in areas where flu infections are high.

While flu cases remain low currently, Garibaldi said there has been an increase in RSV, or respiratory syncytial virus, a common respiratory virus with cold-like symptoms.

Garibaldi said he is still wearing a mask indoors due to COVID but also to avoid the other seasonal viruses.

"I think it's still appropriate to continue to wear masks indoors and to be really diligent about hand hygiene and to really consider getting vaccinated if you're eligible and haven't done so," he said.