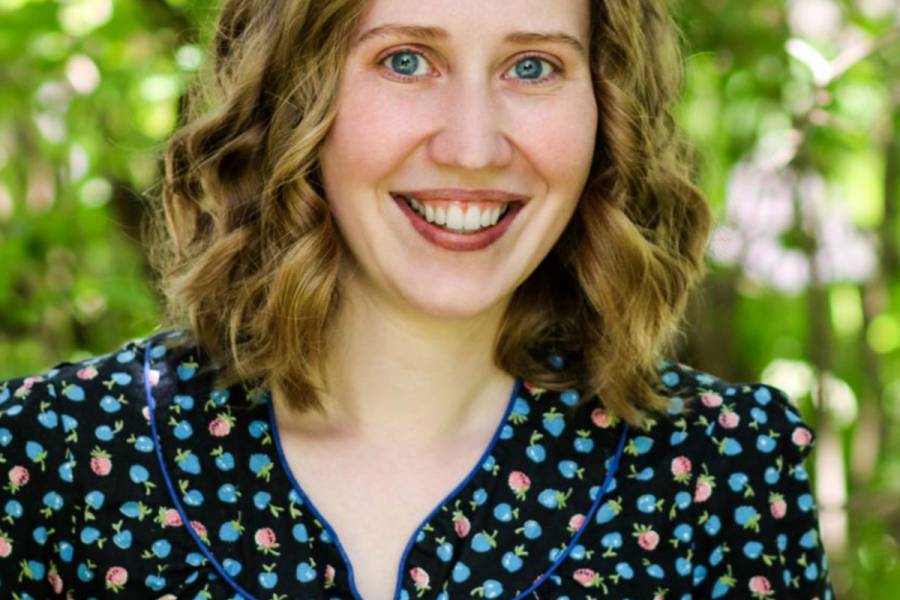 As a doctoral candidate in human genetics, Anna Moyer spends her days researching the genetic cause of Down Syndrome. But outside the lab, she works to improve the life of those with intellectual disabilities in a very different fashion: through her recipe collection website, Accessible Chef.

Accessible Chef is home to more than 350 recipes specifically designed to be used by those with intellectual disabilities. The recipes feature step-by-step instructions, an added focus on visual elements, and simple-to-use checklists for ingredients. For more than a decade, it's been a central hub for accessible recipes nationwide.

"People with intellectual disabilities have a right to become as independent as possible and to make decisions about their own lives. That includes decisions about why and when they eat," Moyer said. "I think that teaching cooking is both an essential life skill but it's also really important for self-determination." 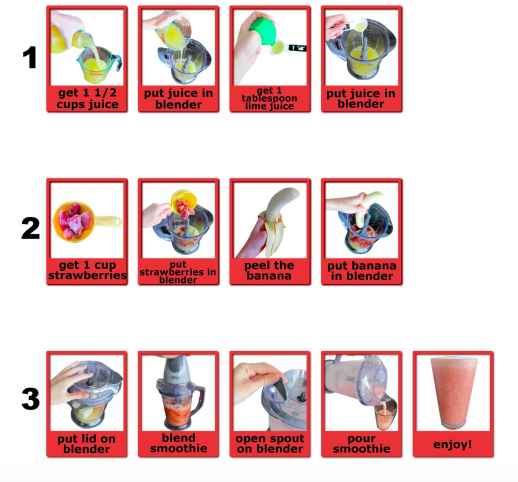 Image caption: The Accessible Chef recipes use simple language and pictures to be more easily understood.

Today, the site receives about 75,000 page views monthly, but when Moyer launched the project in 2010 as a high school junior, she expected that it would be viewed by only about a dozen people. Created as a part of her Girl Scout Gold Award project, the website originally featured only a couple dozen of Moyer's own recipes.

"I had been volunteering in a life skills classroom [for people with intellectual disabilities] in middle school and had made connections with the life-skills teacher there," Moyer said. "With her help, I started making visual recipes, because at that time, most life-skills teachers had to make their own, and it's a really tedious process. I realized there wasn't anything on the internet to allow them to share resources, so I thought I might be able to provide that."

Initially, Moyer thought the website would exist solely as a proof-of-concept project, viewed by the Girl Scouts judges and friends and family. But after leaving home for the University of Alabama, she said she started getting emails out of the blue from parents, life-skills teachers, and therapists who had found the site on their own and were hoping for more updates.

Moyer, who was busy with her undergraduate studies, didn't have time to continually design and photograph new recipe ideas, but she realized that Accessible Chef could be a hub for people worldwide to share the work that they had already been doing on their own. With the help of her friend, a computer science major, Moyer added the site's first recipe creator which allows readers to go step-by-step and add their own meals. Since taking the recipe creator online, Accessible Chef has added more than 300 user-submitted recipes. In addition to the ones already shared, there's a queue of nearly 700 recipes to be posted.

According to Moyer, the visual recipes are based on an evidence-based practice called task analysis, where a complicated task is broken up into discrete, easy-to-follow steps. Eventually, as a person learns the individual steps, the prompt can be removed and the person is able to complete the job totally independently. 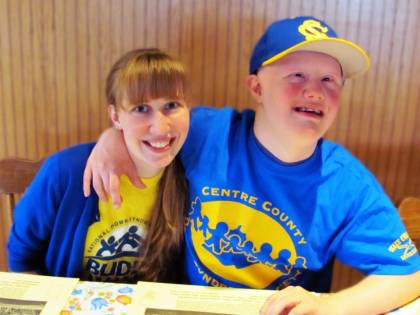 One of the first kitchen students to use the Accessibility Chef website is Moyer's younger brother Sam, who was born with Down Syndrome.

"He's learned to cook some simple foods using the recipes," Moyer said. "I usually end my recipes with the word 'Enjoy!' so now whenever he cooks anything and he finishes he usually says 'enjoy!' so I know the recipes have had an effect on him."

For Moyer, seeing the impact of the website on people's lives is incredibly rewarding.

"When I'm working in the lab, I know my research is pre-clinical and it's going to be years if ever for it to actually have an impact on the lives of people with intellectual disabilities, but this is something that's been really fruitful in a practical way right now," Moyer said.