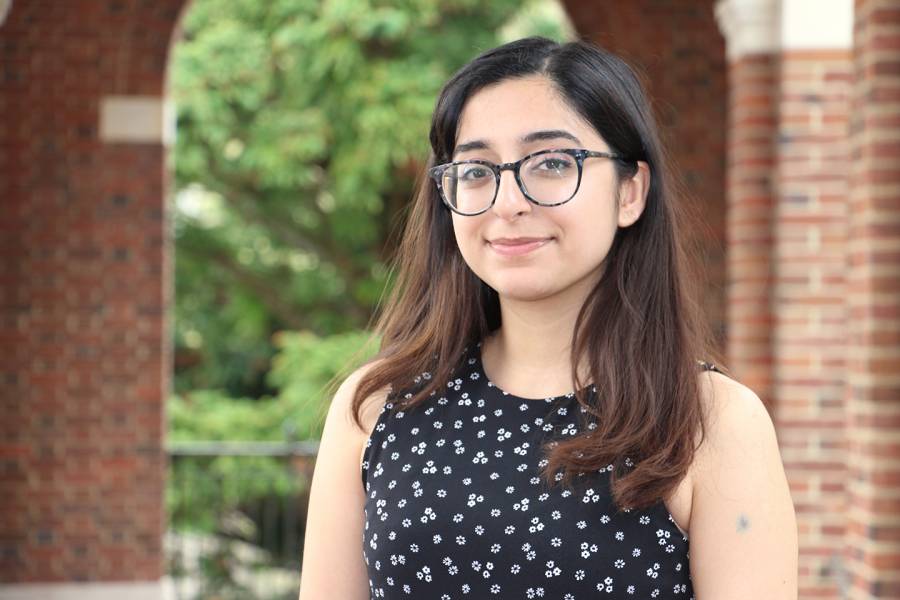 Taz Shah, who has spent the past few years researching and teaching about community nutrition, doesn't believe in diets. She jokes that part of the reason she wants to be a licensed dietitian in the future is so she can make this controversial statement with more weight behind it.

Her explanation, though, is more nuanced. According to Shah, diets tend to moralize nutritional choices that may be beyond people's control, and this especially stigmatizes low-income communities and people of color who may lack access to healthier options.

A JHU class of 2019 graduate with a BA in public health studies, Shah was recently awarded a prestigious Bill Emerson National Hunger Fellowship, an 11-month program geared toward providing fellows with a deep understanding of hunger and poverty. As a Bill Emerson National Hunger Fellow, Shah will spend five months working with a yet-to-be-determined community organization and an additional six months with an organization or government agency focused on national anti-hunger and anti-poverty policy. The year will also include leadership trainings and networking opportunities with hunger and poverty policy leaders.

"I've worked in local government, I've worked in public health and food insecurity work for two years now…and for the most part, I would be the only non-white person in the room, especially when I was working in policy environments," Shah says. "It really put me off of working in [the field] because it constantly felt like involving racial work was going to be an addendum or a vanity project. I really wanted to work with the Emerson [Fellowship] because it's so intentionally diverse, and it really seeks to make the next generation of people who work in hunger and policy be representative of the communities they serve."

As a JHU student, Shah battled with food insecurity herself. She notes the irony of completing coursework and research in community-based nutrition while she herself struggled with lack of access to nutritional options, citing a disconnect between nutrition education and the lived experiences of those experiencing food insecurity. According to Shah, this problem is not unique to her experience:15-35% of four-year college students experience food insecurity while in school.

"The Emerson...seeks to make the next generation of people who work in hunger and policy be representative of the communities they serve."
Taz Shah
Bill Emerson National Hunger Fellow

"When I started to see these disconnects even in my own life, I realized that in every job I want to hold, the work we do for people has to have people who are from that community involved in it," Shah says.

With this in mind, Shah worked as a homelessness consultant for the Sacramento County Department of Health and made it her goal to have people who experienced homelessness inform the government's homelessness services. She recently had the chance to continue this work with EndsideOut, a Baltimore-based nonprofit addressing childhood obesity and malnutrition in BIPOC communities.