Simi Aluko, Ellie Kim, and Mafalda Santos have been recognized for their dedication to the arts and artistic community

Three graduating seniors representing each of the three undergraduate schools at Johns Hopkins University have received prizes for their artistic endeavors as students. Similoluwa "Simi" Aluko, a playwright and senior at the Whiting School of Engineering, has been awarded Johns Hopkins' Louis Sudler Prize in the Arts, and Mafalda Santos, a senior at the Peabody Institute, and Ellie Kim, a senior at the Krieger School of Arts and Sciences, will both receive the President's Commendation for Achievement in the Arts.

Since 1983, The Sudler Prize has been awarded to a graduating senior from the School of Arts and Sciences, the School of Engineering, the Peabody Conservatory, or a fourth-year student from the School of Medicine who, in the opinion of a committee, has demonstrated excellence and the highest standards of proficiency in the visual or performing arts. The award, which comes with a $1,500 cash prize, honors outstanding amateurs who are not pursuing their artistic discipline as a major or a profession. Past winners have been recognized for disciplines as diverse as stand-up comedy and photography. 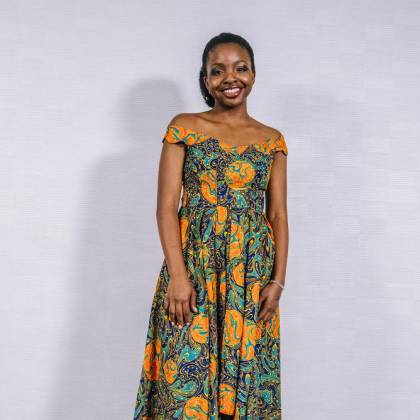 "It is always a pleasure to review the students' work," said Winston Tabb, Sheridan Dean of University Libraries, Archives and Museums, who chairs the Sudler Prize Committee. "But it was especially heartening after a year of uncertainty and tumult to be reminded of our students' creativity and resilience. We had a very strong pool of nominees this year and it just proves that Hopkins students have an unshakeable commitment to the arts."

Aluko—who majored in civil engineering—submitted a portfolio that consisted of a play, How Palm Wine Sours, and a short story, The Yoruba Man, both of which explore Yoruba culture. Yoruba people are indigenous to Nigeria in West Africa, and Aluko is of Yoruba heritage.

The Sudler jury was impressed not only by Aluko's play, which, as she noted in her application "showcases Yoruba culture through non-conventional English dialogue: Nigerian Pidgin English, and transliterations, proverbs and expressions from Yoruba," but also by the fact that she produced and co-directed the play, which the jurors viewed on video.

The jurors further appreciated the way in which Aluko framed her achievement: "I am especially proud that I have—through my art—lived up to President Daniels' charge to my class during our convocation ceremony to: 'be the class that bridges divides. Be the class that models for all of us the best habits of civil society—habits of debate, dialogue, conflict resolution, consensus-building, or perhaps even compromise.'" 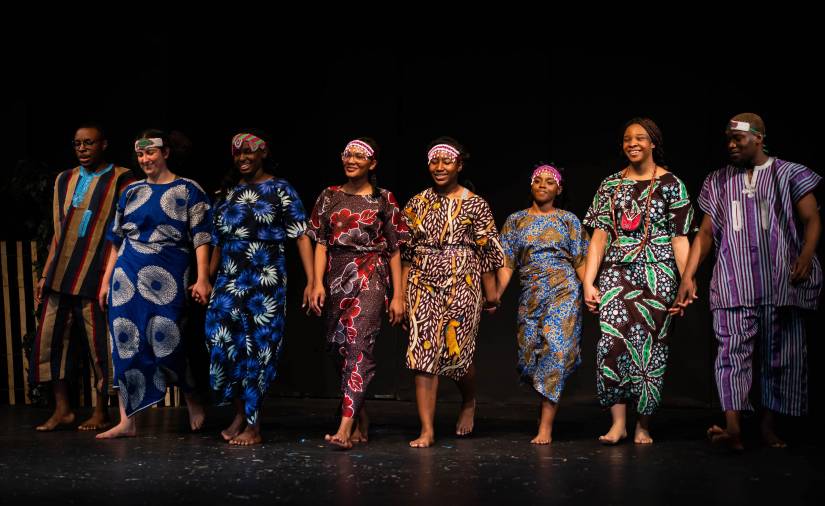 Image caption: The final curtain call for How Palm Wine Sours, which was staged in early 2020.

The staging of the play in early 2020 was supported by the Office of Multicultural Affairs, African Students Association, Dunbar Baldwin Hughes Theater Company and Multicultural Leadership Council, as well as the faculty of the theater department. The successful production also allowed Aluko to re-register the Dunbar Baldwin Hughes Theater Company, the only Black and multicultural theater group on campus, which was previously in poor standing.

"I feel very blessed and very grateful to my mentors in the theater department—Peg Denithorne, John Astin, Joe Martin—who always supported and encouraged me, sometimes more than I encouraged myself," Aluko said.

Aluko's post-graduation plans will take her to Stanford University, where she will pursue a degree in Sustainable Design and Construction. She also has no shortage of ideas for how to spend the $1,500 prize money. She might stage her play in Lagos, "once it's safe to do so," she said, or she might put some of her winnings toward her new business, which creates and curates new African literature for readers. What is certain, she said, is that she "will keep writing and telling stories that educate, empower and entertain."

The President's Commendation for Achievement in the Arts originated in 1989 to recognize graduating seniors who, while demonstrating artistic excellence, also used art in service to the Homewood campus community. The winners of this award are selected by the university president and the students' names will appear in the commencement program.

Santos and Kim shared the President's Commendation for their respective initiatives that strengthen the ties between Hopkins and Baltimore through the arts.

Santos, a cello performance major at Peabody, said her commitment to community outreach stems from her belief that "music is a tool that should always be at the service of other people." 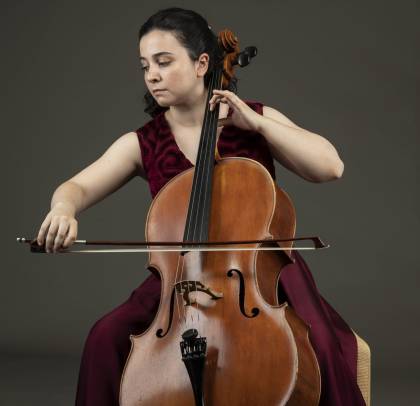 To that end, she sought opportunities to perform at various spaces around Baltimore, including the Walters Art Museum and Penn Station, and cultivated relationships with other local organizations, such as Our Joyful Noise, Azure Family Concerts, and If Music Be the Food. She also embraced Peabody groups like Creative Access, a student-led organization that performs for seniors every month, and Inspired Aging, a new and entirely virtual alternative to Creative Access.

Perhaps most rewarding was helping to pioneer the Sensory Friendly Performance Project at Peabody. In 2019 she was part of a trio that performed the first concert at Peabody designed for audience members with neurological differences.

Then, in 2020, she synthesized all these experiences into her own project, creating an initiative that designs free innovative musical storytelling programs for schools, concert venues, private homes, and recording projects. For this project she was awarded Peabody's $5,000 Launch Grant in 2020. 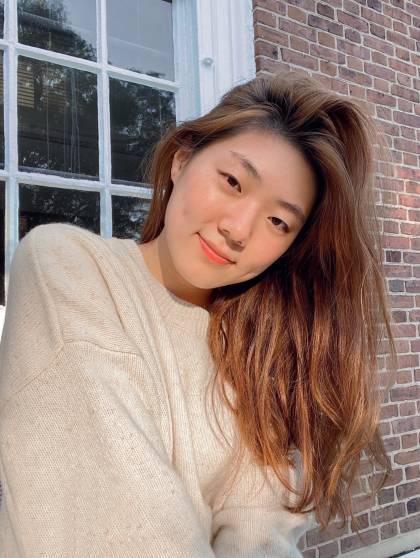 Although she took formal violin lessons for most of her childhood, Kim did not understand the allure of performing until she came to Hopkins and joined the Hopkins Symphony Orchestra. After her first performance with the orchestra, she overheard audience members rhapsodizing about the concert and realized that she had failed to appreciate the contribution the audience makes to performances.

"What is the point in playing music if not to touch the heart of at least one person in the audience?" she wondered. "Music bonds those who participate in its performance—performers and listeners."

Inspired by this realization, she sought to collapse barriers she perceived between Johns Hopkins' myriad a cappella groups.

"In my Korean-interest a cappella group, we rarely interacted with other singers on campus. In general, Hopkins a cappella was highly divided," she wrote in a statement accompanying her application. "Furthermore, cultural a cappella groups were consistently overshadowed by the others in important decisions, causing distrust among students."

Her solution was to co-found the Inter A Cappella Council, or IACC, a governing body of representatives from each of the 13 a cappella groups on campus that meets regularly to exchange ideas, make decisions, plan events like Acaformal, and advocate for resources.

In addition to promoting cooperation amongst Hopkins' various a cappella groups, she noted that "the IACC had a ripple effect and motivated the theater and dance groups to form councils of their own."

"I hope to . . . leave a legacy of cooperation through music at Hopkins," she added. 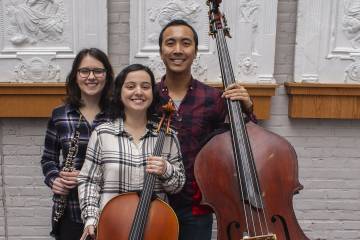 Published April 5, 2019
The interactive concert, held in partnership with advocacy organization the Musical Autist, is designed to appeal to people with neurological differences 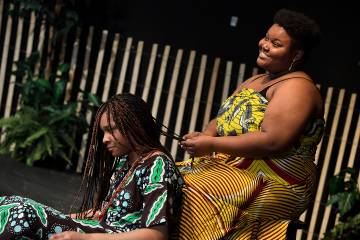 A story of love, politics, culture, and history