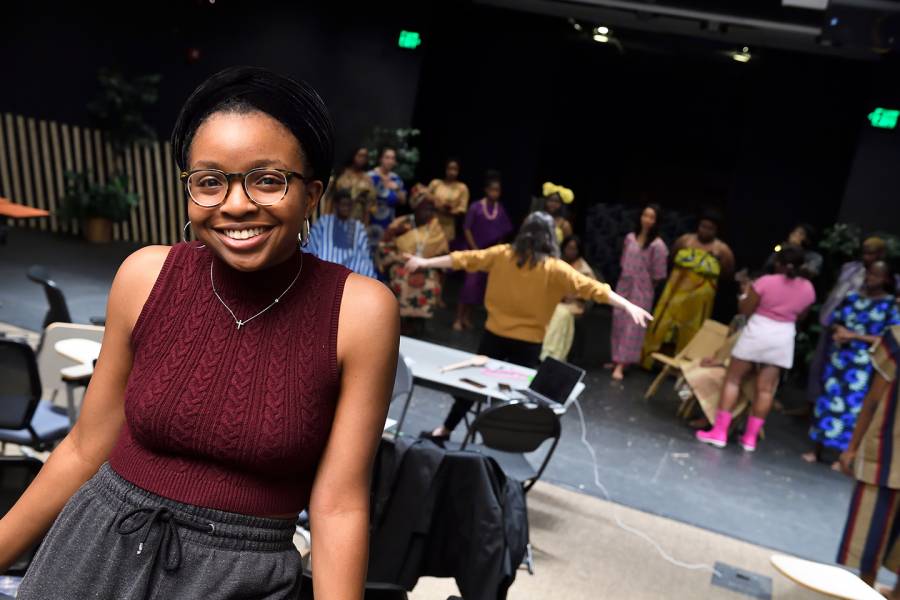 A story of love, politics, culture, and history

Similoluwa Aluko believes in the transformative power of theater. In her new play, How Palm Wine Sours, the junior civil engineering major hopes to use her platform to connect her cultural heritage and history with modern issues of identity, development, and progress.

Taking inspiration from her home country of Nigeria, Aluko wrote and co-directed the play, which premieres Friday, Feb. 28 in the Arellano Theatre.

How Palm Wine Sours is a multi-generational story about women, love, and politics in the Oyo empire of West Africa. The piece of historical fiction follows a young woman who is supposed to be married to a prince, but is publicly humiliated and jilted at the altar. Many years later, the next generation has to figure out the relationship between those two families.

"It's about how one man's mistake comes back and haunts a number of women, and how society puts women in tough situations and then will condemn them for turning out bitter," Aluko said. "But that's what happens when you treat someone with hate and contempt." 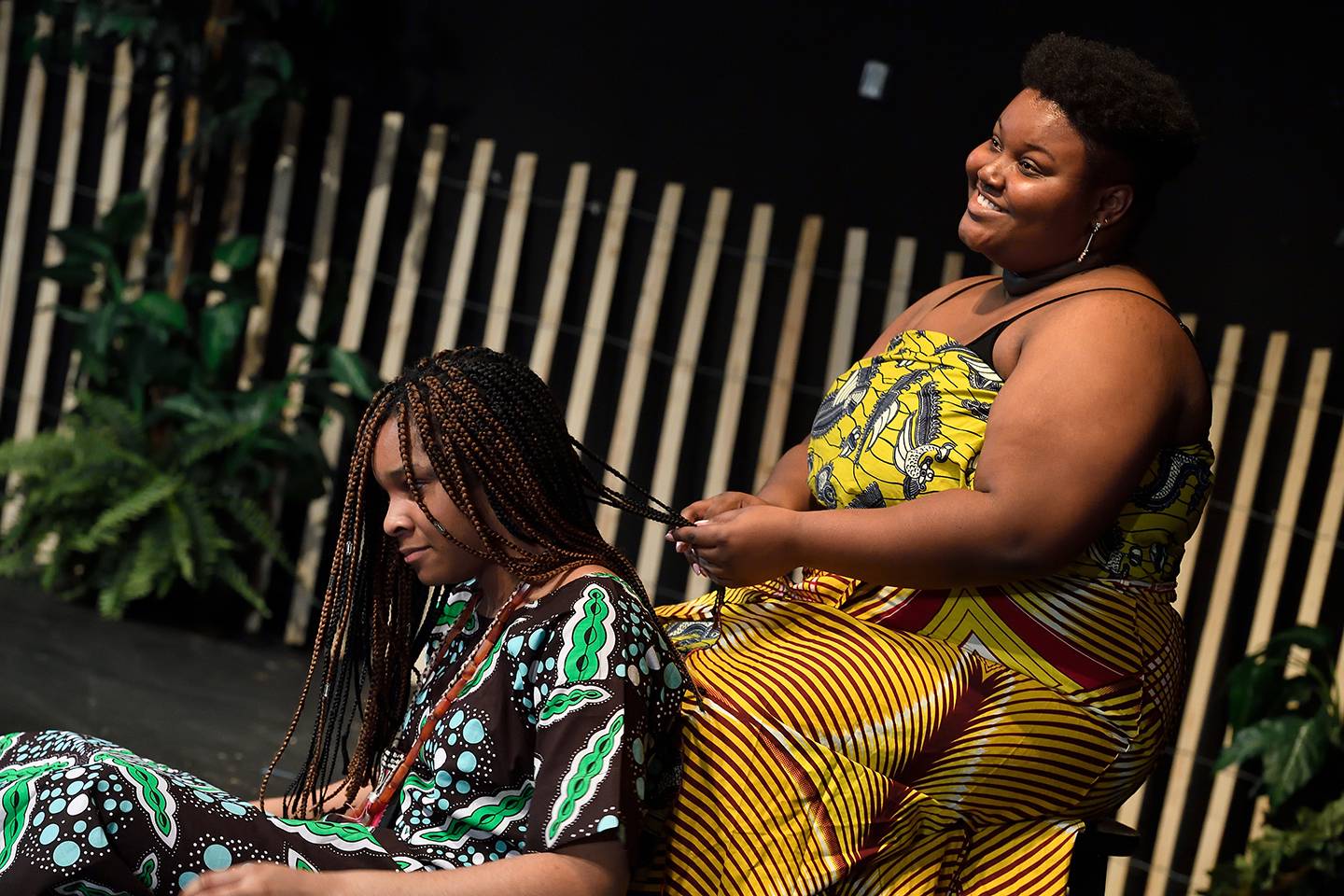 A writer since childhood, Aluko said she's always been drawn to telling personal stories about individuals and their struggles. When she looks back at some of her earliest stories, though, she sees a writer with different influences than what dominate her work now.

"When I was younger, I grew up thinking—as many young people do—that life in the West is better," Aluko said. "So most of my writing was like that. My characters would never have Nigerian names. They would never have curly hair."

After a friend mentioned Nigerian's booming lit market, Aluko began to read work from Nigerian creators about Nigerian characters. Since that moment, she said, she's been dedicated to reintegrating her culture into her art.

How Palm Wine Sours got its start in a Hopkins playwriting class. Aluko said she knew she wanted to write about the Yoruba people—one of the three most populous ethnic groups in West Africa—but wasn't sure what form the final piece would take.

"I've always been very fascinated by the culture," Aluko said. "I realized that writing a play really teaches you about culture and history, and it really makes you put yourself in that context, so I wanted to play around with that. This started off a play about drumming, and eventually became a love story. Writing becomes rewriting, and eventually it takes on a life of its own."

The play was refined in theater lecturer Peg Denithorne's student workshop, and by the end of the course, Aluko held her first public reading of How Palm Wine Sours. The positive reaction to the reading inspired her to expand the script into a fully-produced play.

Moufi Adedoyin, who plays the lead role of Adesewa in the show, was there for that initial reading and instantly fell in love with the story. Adedoyin belongs to the Yoruba tribe, and she said it was powerful seeing a story told about her people. 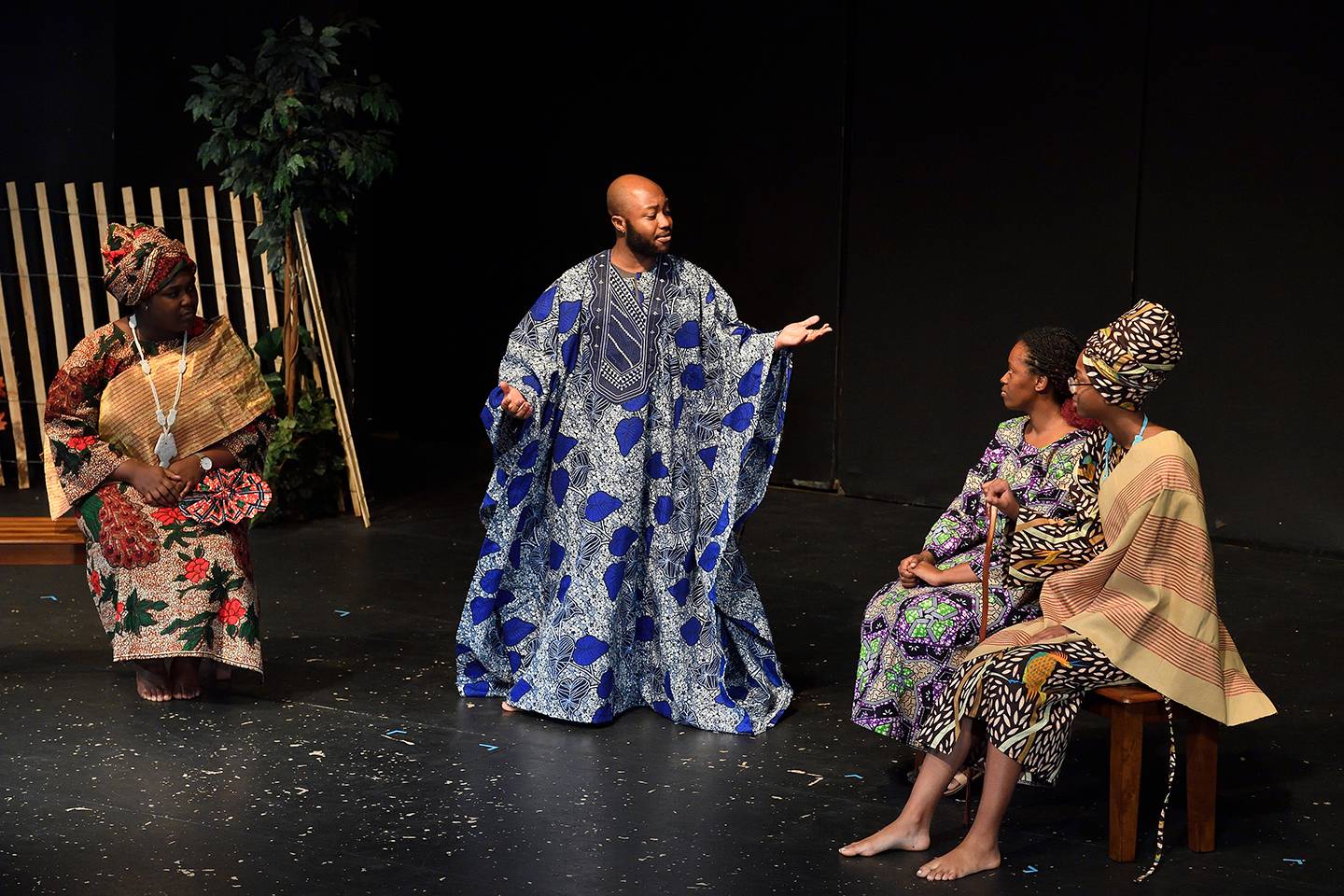 "A lot of the plays that we do are more from the Western canon," Adedoyin said. "It's nice to have something from your own culture, or at least something that's different from time to time."

According to Aluko, of the 22 people in the cast, seven are Nigerian and many of the rest first-generation immigrants from Africa. She said it's been beautiful to see people from different backgrounds come together to make something with such cultural specificity.

"It's been lovely to be a part of the process of teaching them how to say the words properly, and the importance of these images we're creating," Aluko said. "There are a lot of students whose parents are from Nigeria or Liberia and are coming to see it. I want them to feel like they have a piece of home."

Aluko partnered with the Office of Multicultural Affairs and JHU's African Students Association to organize the full production. While many of the students involved have an interest in theater, the show pulls its cast and crew from across the university. Sydney Thomas, a senior political science major, said she's excited to work with actors who have never done theater before.

"It's cool to be doing something that's not part of an existing organization, and that's a little different from the usual programming that we see," Thomas said. "They're going out on a limb, and for me, if I see someone doing that, I want to be a part of it."

How Palm Wine Sours will be performed at 6 p.m. Feb. 28 and March 1, and noon March 1 in the Arellano Theatre. Content warning: the production contains references to sexual assault. 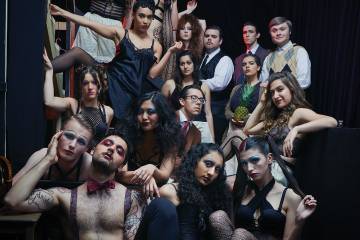 Behind the scenes of 'Cabaret'

Published Summer 2019
For 100 years, the student-run Barnstormers has put on perfectly marvelous theater productions. But it's not all song and dance. / Johns Hopkins Magazine