The low-cost device matches the specificity and sensitivity of current hospital tests, and can detect which strains of disease may become resistant to antibiotics 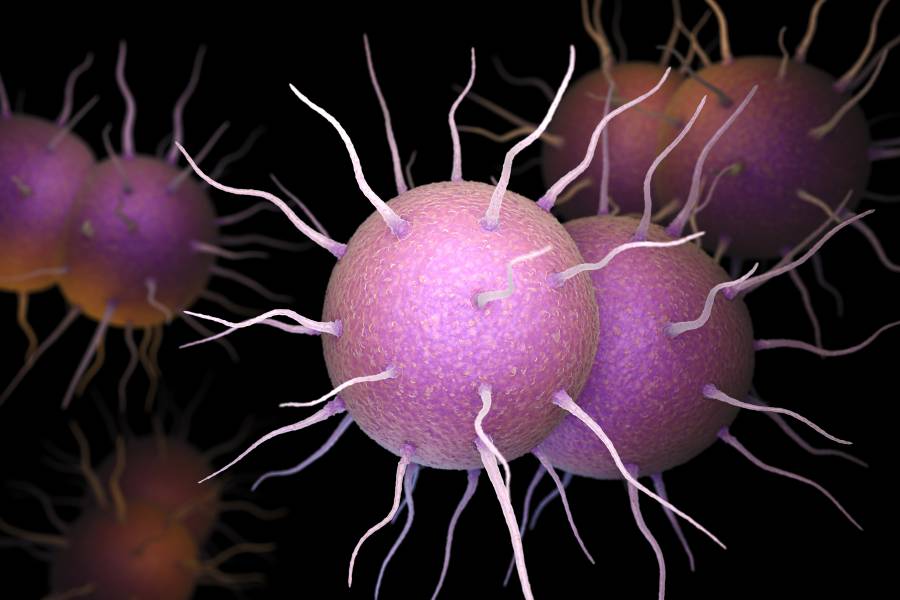 A Johns Hopkins University-led team has created an inexpensive portable device and cellphone app to diagnose gonorrhea in less than 15 minutes and determine if a particular strain will respond to frontline antibiotics.

The invention improves on traditional testing in hospital laboratories and clinics, which typically takes up to a week to deliver results—time during which patients can unknowingly spread their infections. The team's results appear today in Science Translational Medicine.

"Our portable, inexpensive testing platform has the potential to change the game when it comes to diagnosing and enabling rapid treatment of sexually transmitted infections," said team leader Tza-Huei Wang, a professor of mechanical engineering and core researcher at the Institute for NanoBioTechnology at the Johns Hopkins Whiting School of Engineering. "It ensures that patients are diagnosed on the spot, and treatment can begin immediately, improving clinical outcomes. This will be especially valuable in low-resource settings, where well-equipped laboratories are not always available to every patient."

More than 87 million people around the world are infected with gonorrhea, a potentially devastating sexually transmitted disease with increasing resistance to antibiotics. Experts say that quickly identifying and treating those infected is the only way to prevent spiraling numbers of cases and the further rise of antibiotic-resistant strains. 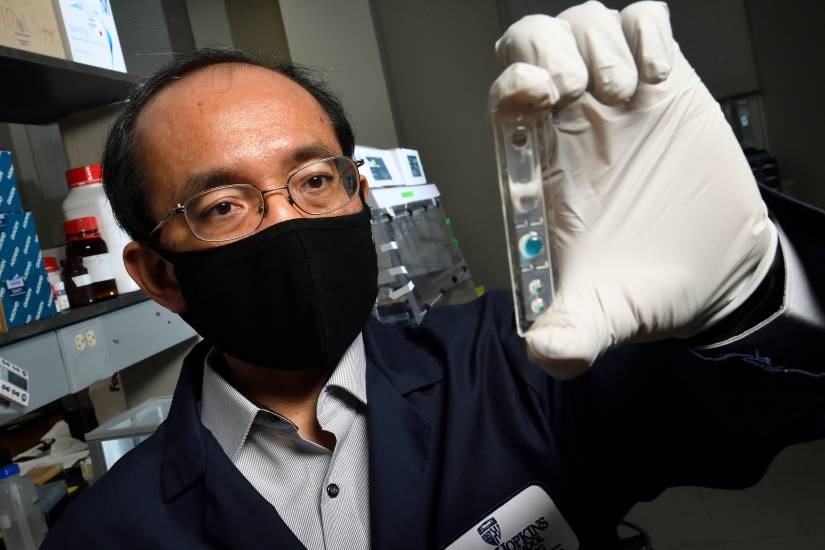 Testing is simple: A swab containing the patient's body fluid is mixed with a solution of magnetic particles in a tube, and a drop of that blend is loaded into a cartridge, which snaps into the device. The device transfers the magnetized particles to reagents in the cartridge, which runs through 40 cycles of polymerase chain reaction, or PCR, testing before displaying the results on the cellphone screen. (PCR testing enables scientists to take tiny samples of DNA and amplify them to study in detail. They are the gold standard for testing for COVID-19, for example.)

During testing from sexual health clinics in Baltimore and Kampala, Uganda, PROMPT correctly detected the most common strain of gonorrhea about 97% of the time. It was 100% accurate in determining whether the tested strain of gonorrhea would respond to ciprofloxacin, a medication that targets infections that are resistant to other antibiotics.

"Our test maintains the same sensitivity and specificity currently used in hospital and clinic labs but reduces the cost and time involved," said team member Alex Trick, a Johns Hopkins graduate student in biomedical engineering. "We want these diagnostics to be available to all people who need it, when they need it."

Wang and his team are forming a related company to work through regulatory approval, manufacturing, and distribution.

"We expect to be able to deliver these products to those who can really benefit from them in two to three years," he said.

At Johns Hopkins, other team members include Charlotte Gaydos, Elizabeth A. Gilliams, Matthew M. Hamill, Yukari Manabe, Johan H. Melendez, and Yu-Hsiang Hsieh of the School of Medicine; and Liben Chen of the Department of Mechanical Engineering at the Whiting School.

The project was supported by a grant from the National Institutes of Health. 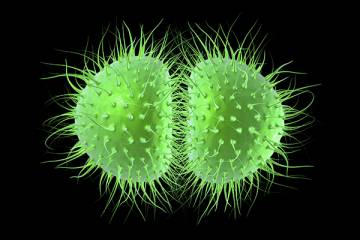