New cases of sexually transmitted diseases are on the rise worldwide, and some strains have become resistant to the antibiotics commonly used to treat them.

With the support of a $5.1 million grant from the National Institutes of Health, Jeff Wang a professor in the Whiting School of Engineering's Department of Mechanical Engineering and member of the school's Institute for NanoBioTechnology, is leading a team that is creating a device that not only rapidly tests for gonorrhea, but detects if a particular bacterial strain is resistant to antibiotics. 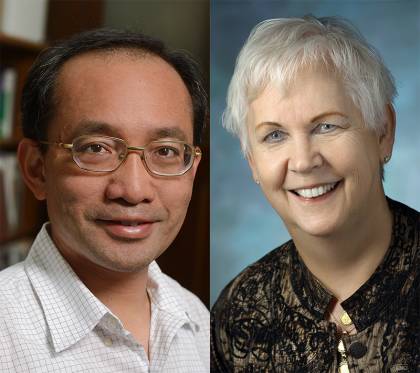 "Our diagnostic tool will help physicians personalize treatments to individual infections rather than using the current uniform approach, which is thought to significantly influence antimicrobial resistance." Wang said. "The device analyzes gonorrhea's phenotype, or observable characteristics and behaviors of an organism, and specific DNA markers to detect its antimicrobial susceptibility. The results will tell the physician if a patient is infected, and if so, which medications are best suited for treatment and the minimum amount needed."

Working alongside Wang is Charlotte Gaydos, a professor of medicine at the Johns Hopkins School of Medicine and director of the Johns Hopkins Center for the Development of Point-of-Care Tests for Sexually Transmitted Diseases.

"This device is a game changer because knowledge is power," said Gaydos. "And it's a double-game changer because receiving results right away and knowing resistance susceptibility allows us to create precision-directed therapy. Testing can also identify if antibiotics previously recommended by the Centers for Disease Control, but not currently, will work. This means we can save some of the stronger medications for when they are really needed."

Knowing promptly if a person has a serious infection is, of course, important so that treatment can begin immediately. Current testing modalities can take between 24 and 48 hours, because the bacteria must be cultured or tested by molecular methods in a lab. As a result, a number of patients tested in clinics and emergency rooms have to leave those facilities without knowing whether they have the infection or not, and some never follow up. This puts them at risk of unknowingly spreading the bacteria—especially in the case of gonorrhea, which causes no symptoms in about 40 percent of patients.

Wang's team's device drastically cuts testing time to one hour or less, meaning patients can get their results quickly and can begin treatment almost immediately.

Image caption: Gram stain of a swab specimen from a patient with gonorrhea under a low and high power microscope. This outdated and labor intensive form of diagnosis is not especially accurate in women, but still works well in symptomatic men. The team's proposed device will instead analyze the bacteria’s observable characteristics and specific DNA markers.

Gonorrhea can cause permanent health damage. In women, it often results in pelvic inflammatory disease, ectopic pregnancies, and infertility. In men, it can cause epididymitis or systemic infections. Untreated gonorrhea may also increase the chance of getting or spreading HIV, because the inflammation from the STD makes people more susceptible to that virus.

"One of the primary symptoms of gonorrhea is inflammation, which is when the body sends myriad activated immune cells to the site of the infection to isolate it and stop it from spreading," Wang explains. "The HIV virus invades and replicates inside these immune cells, and because the body keeps sending more immune cells, it serves to set up a continuous cycle of inflammation, essentially 'feeding' the HIV virus."

In addition to Wang and Gaydos, the research team includes members from Johns Hopkins' Whiting School of Engineering and School of Medicine, the World Health Organization, GE Global Research, and Stanford University. They believe that their device could also be used to help track not only antibiotic resistance by region, but also treatment trends, antimicrobial susceptibility, and infections—data that could then be reported to the Centers for Disease Control and the World Health Organization. 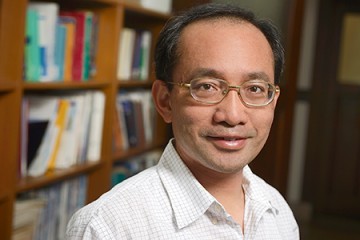