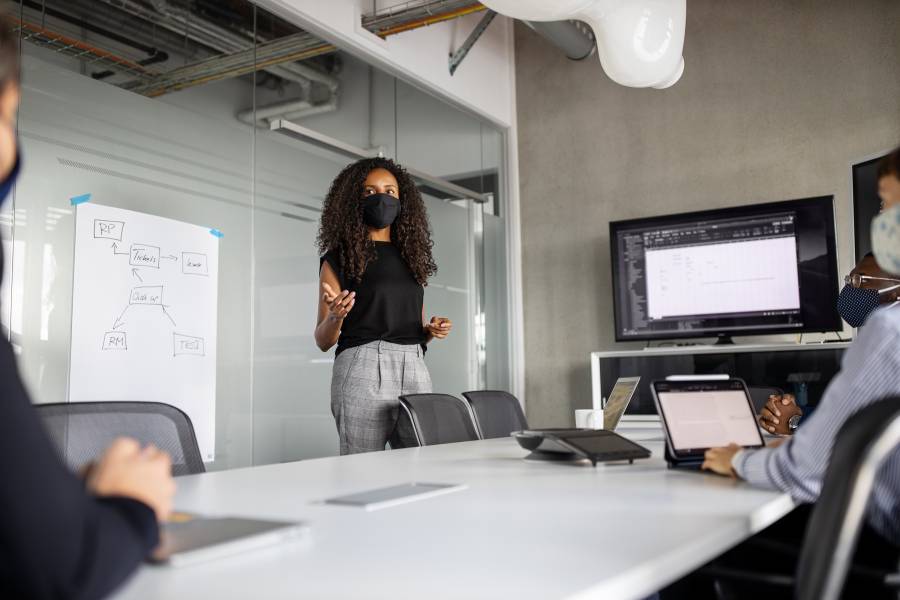 Observing the success of a colleague can motivate us to learn more and perform at a higher level. But when we perceive that a peer's accomplishment has risen above the usual standard of "good work" and can be rated an "exceptional" success, our motivation to learn is even greater, states a new paper co-authored by Johns Hopkins Carey Business School Assistant Professor Christopher Myers, who is an expert in organizational behavior.

The motivation to learn is enhanced also when a colleague's performance is perceived as a failure, according to the paper, "How Did You Do That? Exploring the Motivation to Learn from Others' Exceptional Success," recently published in Academy of Management Discoveries.

The Carey Business School recently sat down with Myers, the academic director of Carey's Executive Education program, for a discussion of the paper's findings and related topics, such as how this example of "vicarious learning" might be affected by the work-from-home conditions that many are experiencing during the COVID-19 pandemic.

The paper states that an individual's motivation to learn was higher when they perceived a performance by another person to be "more exceptionally successful, as compared to perceiving the other's performance as a more 'normal' success." In this context, what would typify an "exceptional" success compared to a "normal" one?

"When things go as we expect, we aren't as motivated to learn, because we think we understand what happened and have things under control. But it's also possible for things to go unexpectedly well, and that can be a source of learning, too, like failure."
Christopher Myers

In this way, an exceptional success is like the positive version of a failure. In most workplaces, we don't expect to fail when we take on a task, so if we do, it is unusual and unexpected (and therefore might motivate us to learn and improve). When things go as we expect, we aren't as motivated to learn, because we think we understand what happened and have things under control. But it's also possible for things to go unexpectedly well, and that can be a source of learning, too, like failure.

Though we didn't directly test the role of positive vs. negative emotions, we have some exploratory analyses showing that the effects of others' performance on our motivation to learn are carried through feelings of interest—when others' performance piques our interest or curiosity (which perhaps aligns more with the positive explanation).

There is past research suggesting that we sometimes like to attribute others' good performance to "luck" or other external causes ("Well, Joe did well because he just got lucky"), but what we found interesting in our results was that people can also find others' exceptional successes to be interesting, sparking their curiosity and desire to learn.

You also found some evidence that the motivation to learn is also higher when individuals perceive another's performance as a failure. In those cases, what is making people feel more motivated?

This phenomenon has been observed in prior research as well—others' failures serve as a vicarious "check" on our understanding in some way. We see that someone else (for instance, a peer) tried and failed, and so we are motivated to learn in order to avoid repeating their same mistake. We assume they did something wrong or lacked a key piece of knowledge, and so we try to correct that deficiency in ourselves to avoid failing in a similar situation.

Is motivation to learn from others' successes and failures what you mean by "the curvilinear effect?"

We highlight the curvilinear nature of the motivation to learn from others' performance because previous research has treated it as more linear or binary. That is, research had previously assumed we are motivated to learn from others' failures, but not others' success (for the attributional reasons highlighted above—their failure indicates a lack of knowledge or skill, or a bad behavior we might try to avoid, while their success might just be good luck).

What we show is that this motivation isn't linear. As others' performance continues increasing beyond "normal" success and into what we consider "exceptional" success, the motivation to learn doesn't keep going down, it actually curves back up.

How might changes in the ways people work since the start of the pandemic—i.e., less time in a traditional office setting, more time working at home, more meetings and events held via Zoom, and so on—affect the ways people are influenced by their colleagues' successes and failures?

One of the major challenges of moving to a fully remote work environment is the reduced opportunity to encounter others' performance "organically" in our work setting, by bumping into someone in the halls and hearing about their latest project or getting word of someone's exceptional success through office chatter, for example.

This has posed a broader challenge for vicarious learning during the pandemic, as I have written about in other work, but it also inhibits our ability to learn about others' exceptional successes in ways that might motivate our learning.

How might your findings prove useful to organization managers?

In many organizations, systems are already in place to process and learn from failures. In health care, for instance, teams spend considerable time and effort to get to the root of an accident or failed treatment so as not to repeat the same mistake in the future.

However, often times we spend less effort sharing or digging into our exceptional successes. Perhaps that's because we view any success (normal or exceptional) as our intended outcome, so we assume there is nothing to learn from it ("We got it right, so we must already know what we are doing!"), or perhaps because people are wary of being seen "bragging" about their exceptional success.

Managers can work to encourage the sharing of these exceptional success stories so that others may learn. Though focusing on failure is certainly worthwhile, ignoring exceptional success leaves a lot of learning value undiscovered. Since both of these sorts of performance can motivate learning—but exceptional success doesn't come with all the other negative implications of failure—focusing on these highly successful efforts can be a positive way of increasing peer learning in organizations. 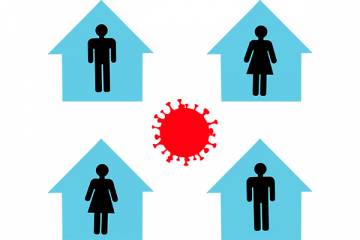 Even amid social distancing, 'vicarious learning' can work

Published June 18, 2020
Whether professionally or personally, humans learn from each others' life experiences all the time. How do we continue doing that during COVID-19?