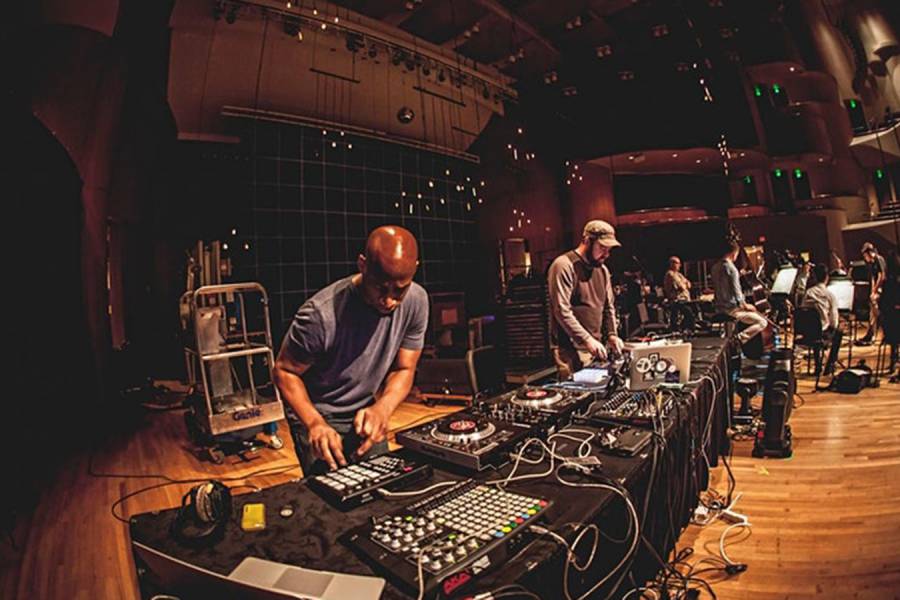 About every three months since August 2017, the Baltimore Ceasefire 365 movement has asked city residents to go 72 hours without any murders or acts of violence. These weekends are emotionally potent calls to action, and they work. A 2020 study published in the American Journal of Public Health showed an average 52% drop in shootings over Ceasefire weekends. Those quarterly Ceasefires are the result of grassroot organizers consistently knocking on doors and collaborating with community members year-round—the kinds of face-to-face interactions that the coronavirus pandemic has prevented. "COVID-19, unfortunately, has not lessened our experience with murder but what it has done is exposed the root causes of murder," says Ellen Gee, one of the movement's co-organizers. "People are more acutely aware of poverty and how poverty leads to crime and the ways that racism plagues Baltimore City." 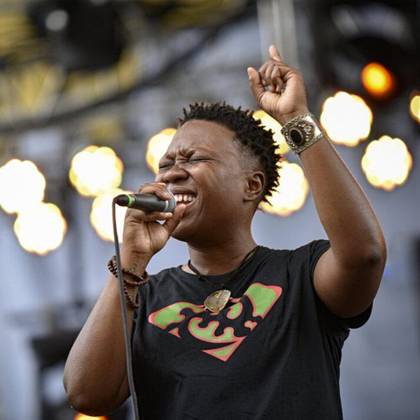 Gee will talk about Ceasefire's ongoing efforts March 11 as part of the Racial Justice Concert Series, a collaboration among Johns Hopkins students, faculty, and staff to bring awareness to issues of racism in Baltimore through music. Cooperatively produced and funded by the Johns Hopkins Program in Arts, Humanities & Health, the Johns Hopkins Center for Music and Medicine, and the Johns Hopkins International Arts + Mind Lab, this debut concert features a performance from the Baltimore Boom Bap Society, a collective that curates monthly improvisational hip-hop concerts, featuring vocalist/MC J Pope, bassist Jeron White, and Boom Bap co-founders Erik Spangler and Wendel Patrick, a Peabody Institute faculty member. The stream, which runs from noon to 1 p.m., is free, but registration is required.

The idea for the concert took seed among Johns Hopkins medical students in June during the nationwide protests against police brutality. "We weren't in rotations, we were not allowed in the hospital, and I think a lot of us felt helpless in general," says CJ Reuland, one of the students who organized the series. "With the pandemic and the state of the world following George Floyd's and Brianna Taylor's deaths, so many things were happening that felt very out of our control."

Reuland, a musician herself, liked the idea of a concert—"here's something that we could actually make happen"—and she set about contacting people trying to turn it into reality. The students felt it was important to acknowledge that white supremacy and the racism it engenders and institutionalizes takes many forms in America, and in Baltimore, one form it takes is that gun violence disproportionately affects Black people. Baltimore Ceasefire 365 felt like an appropriate first partnership, and pairing it with "a group as powerful as the Boom Bap Society to highlight those issues could get the attention of the audience in a more powerful way," Reuland says, bringing up one way the arts, and music specifically, can play a role in the healing process. (Loren Ludwig at the School of Medicine's Program in Arts, Humanities & Health helped Reuland connect with the Boom Bap Society as well as helping her find a venue, the Creative Alliance at the Patterson, for the artists to perform safely; and the Boom Bap Society put her in touch with Ceasefire.)

"Art has been the thing that people have turned to when we didn't have anything else. Artists have been kind of like the saviors of our sanity during the pandemic."
Ellen Gee
Co-organizer, Baltimore Ceasefire 365

"I've noticed that art has been the thing that people have turned to when we didn't have anything else," Gee says. "Artists have been kind of like the saviors of our sanity during the pandemic. We've turned to music and visual art and all of the different iterations of artistic minds to ground us, to help to express our frustrations and our happiness. And Ceasefire has also been a way for artists to do that."

From Ceasefire's very beginnings, it has partnered with a variety of Baltimore artists to create flyers and materials. Local musicians have written songs for the movement. Educators have encouraged their students to write poetry and stories around their experiences with loss and murder. Art can be the way people come to first know about and experience Baltimore Ceasefire, it can be the media through which people express their feelings about trauma.

Another way Baltimore Ceasefire responds to trauma is through its sacred space rituals that honor the life of a person lost to violence at the site of their murder. One such ritual was held in January 2020 in the Pen Lucy neighborhood, where a man was shot in front of the home of Boom Bap Society member Erik Spangler. "Baltimore Ceasefire came within a few days and held a sacred space ritual, which felt very healing for the community and the neighborhood," he says, adding that the Boom Bap Society and Ceasefire had already been planning a 2020 collaboration that was postponed due to the pandemic.

"The concert series is an example of how people can take what they do in their everyday life, either creatively, professionally, or in a visionary kind of way, and fold that into being the change that they want to see," Gee says. "This is an example of what it looks like when an educator, a musician, a producer, a DJ, and an institution in Baltimore City decide that they want to come together for the purpose of promoting peace, justice, and education. That is the spirit of the Ceasefire movement. That's what we want to see happen—people who under normal circumstances probably would have never worked with each other before, come together to do something new, something brave—even if they only do it once, because one thing can change everything."

The Racial Justice Concert Series continues April 3, when it features the Mount Vernon Virtuosi. For more information, follow the series on Facebook.