Since becoming the first Black woman to earn a PhD in physics at Johns Hopkins, Miller has tracked the successes and achievements of Black women in physics 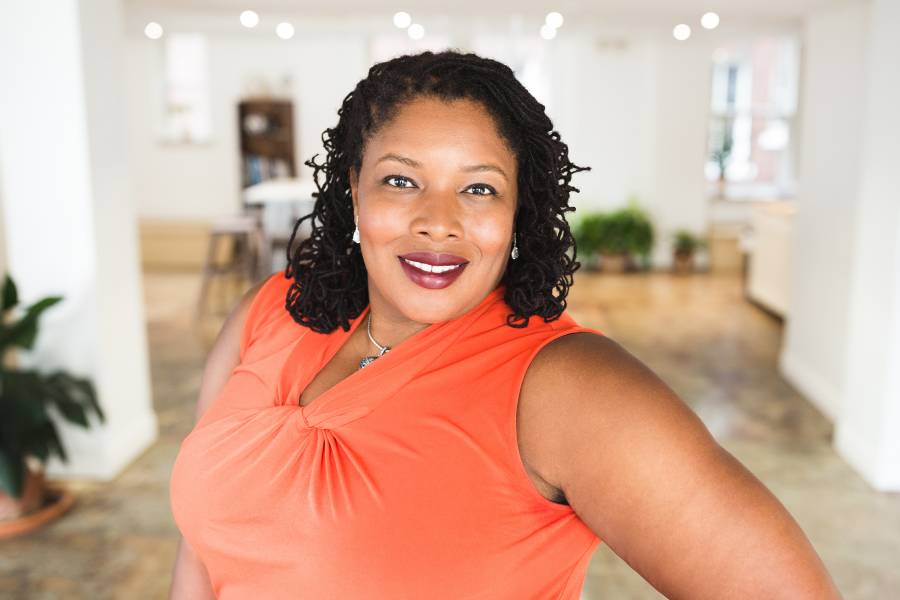 Among a sea of physicists, a Black woman tends to stand out, says Jami Valentine Miller. In the past, when she's attended large conferences in her field, "it's not hard, out of thousands of people, to spot the one person who's like you," she says. "And then it's like, 'Well, let me go over and introduce myself."

Many of the women Miller's met over the years are now officially honored on her website, African American Women in Physics, AAWIP.com. Today the site lists more than 150 Black women in the U.S. who have earned their doctorates in physics, are current graduate students in physics, or have worked in the field.

The group grows ever steadily each year, says Miller, who started the site in 2005 as she was working toward her own PhD in physics, at Johns Hopkins University.

"I began collecting a list of all the different Black women I was meeting at these conferences, and posted it on my Hopkins website. And I'd ask around trying to find others," she recalls. "At the time, most departments didn't keep track of this kind of demographic information."

AAWIP exists not only as a platform for celebrating Black women, but also for building mentorships and networking opportunities.

At some point, Miller realized she was the only name from Johns Hopkins. When she completed her doctorate in physics in 2006, she earned the distinction as the first Black woman in the university's history to do so.

Miller ended up pursuing a career as a patent examiner at the U.S. Patent and Trademark Office, where she works on applications for semiconductor and spintronic memory devices, which include devices and features for Samsung and Apple products.

She teleworks from Orlando, Florida, where she lives with her husband, who she first met during her undergraduate studies at Florida A&M University then reunited with years later. She earned her master's degree in physics at Brown University before moving to Johns Hopkins for her PhD, where she studied under Professor Chia-Ling Chien.

Though her work now leans more toward electrical engineering than physics, Miller says: "I'm lucky and it turned out to be the perfect job for me. I know the work I do is important and I see it play out in products that I use and see in the news."

Other women on AAWIP have followed similarly varied career trajectories—in many cases diverging from the traditional academic path where the goal is a tenured professorship. "We have women working on planetary structures at NASA, women doing geochemistry at Chevron, women doing intellectual property law, quantum physics, cultural astronomy…" Miller says. "One manages a jazz band."

The AAWIP list now includes one other Hopkins alum: Lynnae C. Quick, A&S '11 (MA), '13 (PhD), who was the second African American woman at Hopkins to earn her doctorate in earth and planetary sciences and is now a planetary geophysicist at NASA.

The site also honors past trailblazers, including Willie Hobbs Moore, the first-ever African-American woman to earn a PhD in physics; NASA scientist Katherine Johnson (depicted recently in the movie Hidden Figures); and Carolyn Beatrice Parker, who contributed to plutonium research for the Manhattan Project.

It's a small but distinguished list of women—sitting at the intersection of two underrepresented groups in a field dominated by white males. Between 1998 and 2018, consistently less than 25% of physics degrees in the U.S. have gone to women, according to the American Physical Society, while underrepresented racial and ethnic groups have accounted for consistently less than 10% of physics degrees during that time.

AAWIP exists not only as a platform for celebrating these women, but also for building mentorships and networking opportunities, Miller says.

"For those who want to hire more diverse candidates," she says, "We are out here. We exist."