Survey finds that in several countries including the U.S., the number of people who say they will get a COVID-19 vaccine is falling short of what would be needed to reach herd immunity 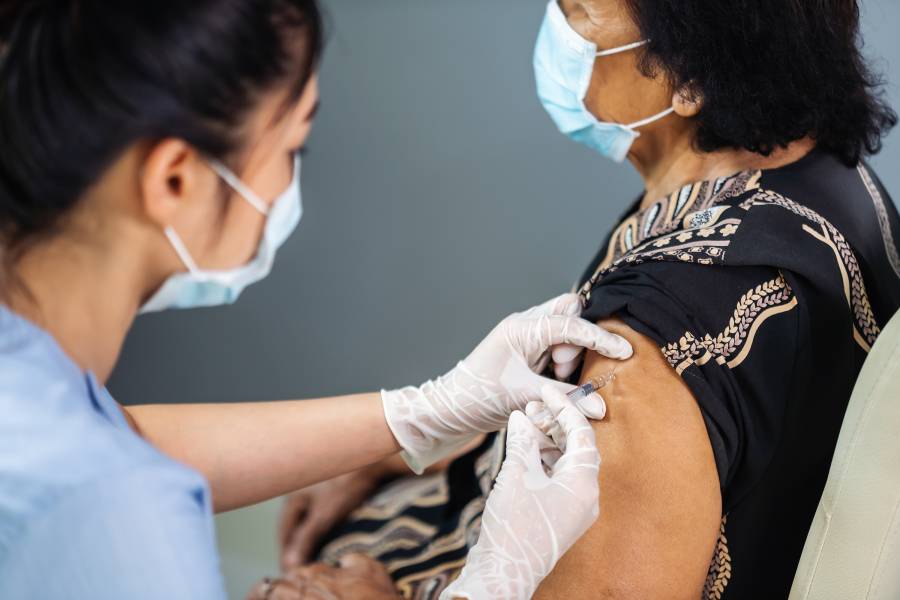 The percentage of people globally who say they will get a COVID-19 vaccine has fallen in recent weeks, even as tens of millions of doses have been administered around the world, new survey data suggests.

The Johns Hopkins Center for Communication Programs, along with MIT, Facebook, and the World Health Organization, have been collecting and disseminating a global COVID-19 behavior survey since July 2020. The survey has reached nearly 1.7 million participants in 67 countries. The most recent data was collected in the two weeks ending Jan. 31.

After a slight increase to 66% of people saying they would get a vaccine at the beginning of January, the average acceptance level across the 23 countries surveyed in this study period fell to 63%. This is amidst increased focus and media discussion on the rollout and access to COVID-19 vaccines.

Since March 2020, when WHO declared COVID-19 a pandemic, more than 111.5 million people have become sick and nearly 2.5 million have died from it, according to the Johns Hopkins University Coronavirus Resource Center. Nearly 500,000 people in the United States have died from COVID-19, the largest number of deaths in any country in the world.

The average acceptance level across the 23 countries surveyed in this study period fell from 66% to 63%. This is amidst increased focus and media discussion on the rollout and access to COVID-19 vaccines.

"We had hoped we would find that acceptance of COVID-19 vaccines was on the rise, since they are a critical part of ending the pandemic," says CCP's Executive Director Susan Krenn. "This just means we have more work to do in helping people understand why getting vaccinated is so crucial to helping them, their families, and their communities."

A large percentage of people in a community need to be vaccinated in order to reach herd immunity, the level at which the spread of COVID-19 would become difficult. Herd immunity levels vary depending on the infectiousness of diseases, but Anthony Fauci of the National Institute of Allergy and Infectious Diseases in the United States has said 70-85% of Americans need to be vaccinated to reach it. That is a much higher percentage than has reported they would be willing to get a vaccine.

Of five countries in the Americas, the data found, only the United States saw a decline in vaccine acceptance in late January (from 69% to 65%). The other four countries—Mexico, Argentina, Brazil, and Colombia—saw an increase of five percentage points in vaccine acceptance. Argentina saw much higher acceptance rates among certain demographics. For example, in Argentina acceptance rates are higher among older people (rise of 18%), college-educated people (rise of 12%), urban residents (rise of 20%), and men (rise of 5%).

Reported vaccine acceptance rates in European countries remained constant, with Italy and the United Kingdom well into the range of achieving herd immunity. Some countries (Italy, the UK, and Germany) have very low rates of reported non-acceptance (8%, 10%, and 13%, respectively). By contrast, respondents in Turkey and France are consistently among the lowest reported rates of vaccine acceptance within the 23 countries surveyed in this study: 24% and 56%, respectively.

After a recent dip, acceptance levels in Nigeria are beginning to rise.  Gender differences continue to exist within participants, but since the last data collection period women's acceptance rates increased 4 percentage points from 51% to 55%.

Along with the new data on vaccine acceptance rates, CCP has also released another wave of data about other COVID-19 prevention behaviors. From the first survey in July, reported hand-washing in the United States is down in every group except rural residents. Over the same period, reported mask-wearing and physical distancing are up in the U.S. And while a smaller percentage of Americans report they have trust in scientists, they are still the most trusted sources of COVID-19 information.

The KAP COVID dashboard presents data from a global survey of knowledge, attitudes, and practices around COVID-19, and data is continuously being collected. The findings allow researchers, public health programmers, and policymakers to compare changes in behaviors and attitudes over time and informs further research related to the development of prevention messages.