An esteemed scholar of German intellectual history, he taught in the Department of History at Johns Hopkins for 25 years 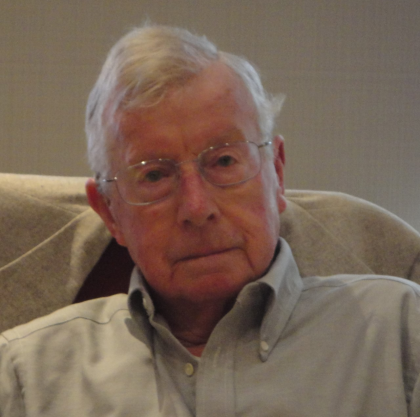 "After a lifetime of intense and profound acculturation in all that is inspiring and humanistic in German well-being, after decades of civic and university life in Baltimore and summers spent building a cabin and sailing in Nova Scotia, Walker still had something of a New Englander about him," wrote colleague Orest Ranum, also professor emeritus in the Department of History. "Modesty but not humility, reserve and a love of privacy, and a deep respect and love for the natural world and his family, including his wife Irma, his daughter Barbara, and his sons Gilbert and Ben. Are the current German successes at inclusiveness toward refugees perhaps a partial testimonial to his work and to the work of other historians who labor to transform the German identity?"

Born near Springfield, Massachusetts, Walker earned a Bachelor of Arts degree from Bowdoin College in 1950. He briefly joined his brother in raising orchids commercially, then spent a semester at Yale Law School before joining the Army. Stationed in Germany, he met his wife-to-be and developed the interest in German history that would become his specialty. Upon returning to the U.S., he earned a PhD from Harvard in 1959.

Walker served as instructor at the Rhode Island School of Design from 1957 to 1959; instructor and assistant professor at Harvard from 1959 to 1966; and associate professor and professor at Cornell from 1966 to 1974, when he arrived at Hopkins. He served as department chair from 1979 to 1982, and was named emeritus in 1999.

Walker was a Guggenheim Fellow and a Fellow in the American Academy of Arts and Sciences, and was awarded a fellowship from the National Endowment of the Humanities.