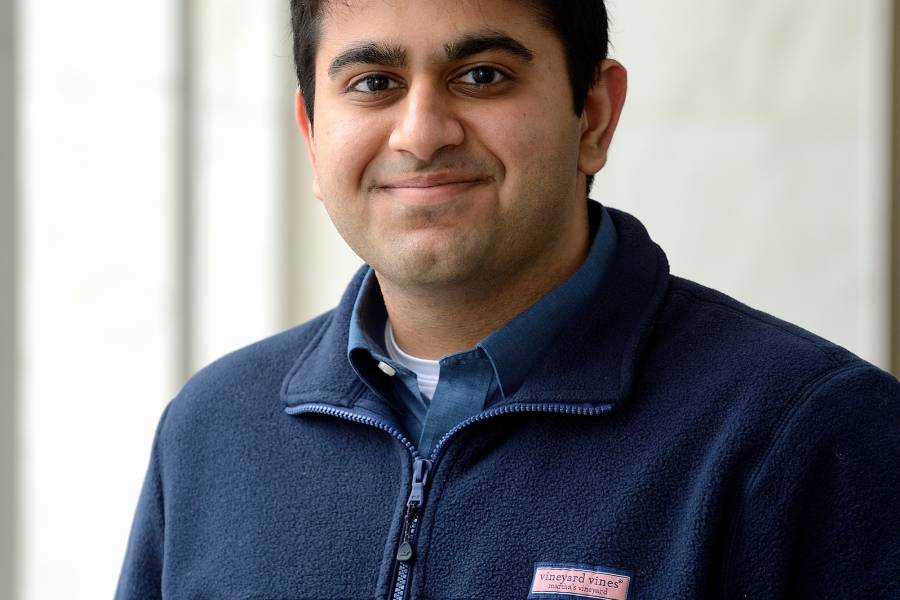 By tracking overdose reports across the country, first-year student Atharva Bhagwat is filling in data gaps to get a better picture of the impact of COVID-19 on the nationwide opioid crisis

Opioid overdose deaths have quietly accelerated in the past year, a fact overshadowed by the ongoing COVID-19 pandemic. According to the CDC, more than 81,000 people died of a drug overdose in the 12 months ending in May 2020, the highest number of overdose deaths ever recorded in a 12-month period.

While the data marks an increase in overdose deaths following the beginning of the U.S. lockdown period in May, information beyond that time is difficult to come by, painting an incomplete picture of the current status of the opioid epidemic.

To fill in the data gaps and help experts develop their plans to combat the opioid epidemic, first-year student Atharva Bhagwat has begun cataloging every public report of overdoses nationwide as part of the Bloomberg Opioid Initiative, a $50 million collaboration between Vital Strategies, the Pew Charitable Trusts, Johns Hopkins University, and the Centers for Disease Control and Prevention through the CDC Foundation.

Through a public service Twitter account, Epidemic in the Pandemic, Bhagwat notes and retweets every article that cites overdose data from local news outlets across the country. In addition to the watchdog social media effort, he tracks the stories in a public spreadsheet that now includes more than 350 articles from the past 10 months, as well as a map that visualizes trends across America.

Through this work, the Opioid Initiative is able to track where the crisis is getting worse by region, as well as any racial and economic disparities associated with the increase in overdoses. According to Bhagwat, the project highlights and tracks the ways the opioid epidemic has been exacerbated by the COVID-19 pandemic.

"There are thousands of deaths per day caused by the [coronavirus] pandemic, but just because that's where our attention is as a nation, it doesn't mean the opioid problem is gone," Bhagwat said. "There are disparate levels of care that are dictated by where you live, your income, and by your race, and unfortunately, these disparities are amplified by something like a pandemic."

Bhagwat's work with the Bloomberg Opioid Initiative began last semester. While looking for for research opportunities in public health, he reached out to Joshua Sharfstein, vice dean for public health practice and community engagement at the Bloomberg School of Public Health, who connected him with Sara Whaley, program coordinator with the initiative.

"Public health experts are really trying and are passionate about working daily to fix these issues. It's a constant struggle, but it's one they're willing to fight."
Atharva Bhagwat
Undergraduate research assistant

Since the start of the semester, Bhagwat has served as one of two undergraduate research assistants for the team. In addition to his work with the Twitter, spreadsheet, and opioid overdose map, he has reached out to public health organizations and officials to ask for their support for the Bloomberg Opioid Initiative's Principles for the Use of Funds from the Opioid Litigation report.

"I've only been at Hopkins for about six months, and here I'm given this opportunity to work with professionals who are at the top level of their fields," Bhagwat said. "It's kind of surreal. I'm a part of a team that is leading the way in public health, and we're providing guidance that's being followed."

Sophomore Hridika Shah is Bhagwat's fellow research assistant. She developed the spreadsheet and founded the Twitter account last August. Tasked with filling the gaps in peer-reviewed overdose data, Shah searched for every news report that mentioned opioids since May, and began tracking additional information included in each report.

Shah said that although the data isn't complete enough to paint a full picture, the evidence suggests that issues like financial instability and a lack of access to mental health support are two of the major factors driving the increase in overdoses.

"With the pandemic, a lot of other health issues have been pushed to the side or forgotten because there's a more immediate threat, but it's important to note that people are suffering from more than just COVID-19, and it's making it more difficult for people with other health issues to get treatment and access the right resources," Shah said.

For Bhagwat, who plans one day to become a physician, bridging the gaps that prevent people from seeking or accessing medical care is just as vital as diagnosing a patient once they're in the door.

"The more I learn, the more I realize I have to learn," Bhagwat said. "But my most important takeaway is just seeing firsthand how public health experts are really trying and are passionate about working daily to fix these issues. It's a constant struggle, but it's one they're willing to fight." 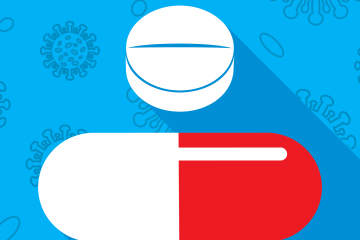