Shastri devoted decades of research to understanding how the human immune system recognizes rapidly changing foreign elements—such as viruses, microbes, tissues, or other diseases—in order to elicit an effective immune response. He is known for his distinctly creative and multidisciplinary approaches, using not only traditional methods of his disciplines but devising novel methods to confront previously unresolved problems. His colleagues remember him as a dedicated scientist, mentor, and friend who cared deeply for everyone around him. 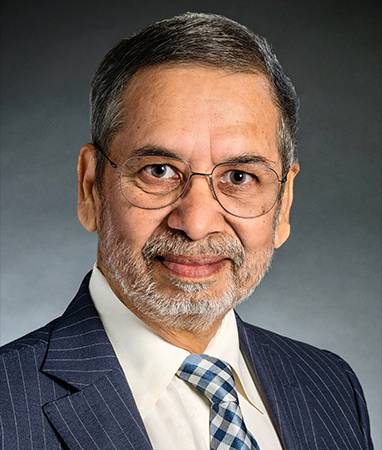 "Nilabh was a pioneer in the area of immune surveillance, exploring the molecular mechanisms behind T-cell activation. His research has had a major impact on our understanding of the mechanisms underlying antigen processing and presentation, as well as related fields," said Ralph Hruban, professor and director of the Department of Pathology. "In addition to being a brilliant scientist, Nilabh possessed special personal qualities. He was a gracious and genuine person, a gentle soul, and extremely generous and caring. He lives on in the many people he trained and in the many people he touched."

Shastri was the first to discover the role of cryptic translation in the antigen processing pathway, which triggers immune responses by displaying fragments of proteins on the cell surface, where they attract T-cells that can then eliminate the flagged cells to prevent the spread of infection. He also identified several T-cell stimulating antigen genes that had remained obscure since their original discovery.

Shastri's innovative contributions are relevant not only to fundamental immunology, but also bear upon cell biology and biochemistry, as well as more clinical areas of autoimmunity and immunotherapy for cancer. His discoveries have garnered much interest as targets for intervention and for potential applications in organ transplantation, vaccine design, and the treatment of microbial infections. His publications have been cited more than 14,000 times, and many of his discoveries have become textbook material.

"Nilabh was special in that he combined a pioneering intellect with a personal warmth and authenticity that earned him both the respect and the endearment of his colleagues," said Vincent Hilser, professor and chair of the Department of Biology.

Shastri was born and raised in the Himalayan valley of Dehradun, India. He received his bachelor's and master's degrees in chemistry from Panjab University in Chandigarh in 1972 and 1973, respectively, and his PhD in biochemistry from the All India Institute of Medicine Sciences in New Delhi in 1980. Shastri moved to the United States in 1981 to complete postdoctoral fellowships first at the University of California, Los Angeles, and then at the California Institute of Technology.

Before he joined Johns Hopkins University in 2018, Shastri spent more than 30 years as a faculty member at the University of California, Berkeley, where he headed the Division of Immunology and Pathogenesis. He has also held visiting professorships at Yale University and the University of Oxford.

"I have known Nilabh since the first day he arrived in Dr. Eli Sercarz's lab at UCLA, where I was a graduate student," said Scheherazade Sadegh-Nasseri, a professor in the Department of Pathology and a longtime friend and colleague of Shastri's. "He came from a non-immunology background to a lab at the foremost frontier in the field. Nevertheless, in two short years, Nilabh became the go-to person for guidance and advice. This, of course, required sacrifice and focused diligence. Despite this rapid climb to the peak, Nilabh never lost his sense of humility or his fundamental belief in the importance of being a good human being. He helped younger scientists discover their own capabilities and inspired them to reach their full potentials. He was a beloved scientist among his peers, as is illustrated by the nearly 100 colleagues from all over the world who recently recorded videos for him after hearing about his illness."

Shastri is survived by his wife Amita; his daughter Avantika and son-in-law Lawrence; and grandsons Aman and Kiran.

In lieu of flowers, donations can be made to NPR or its local stations KQED in the Bay Area and WYPR in Baltimore. 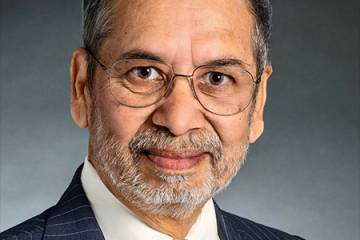