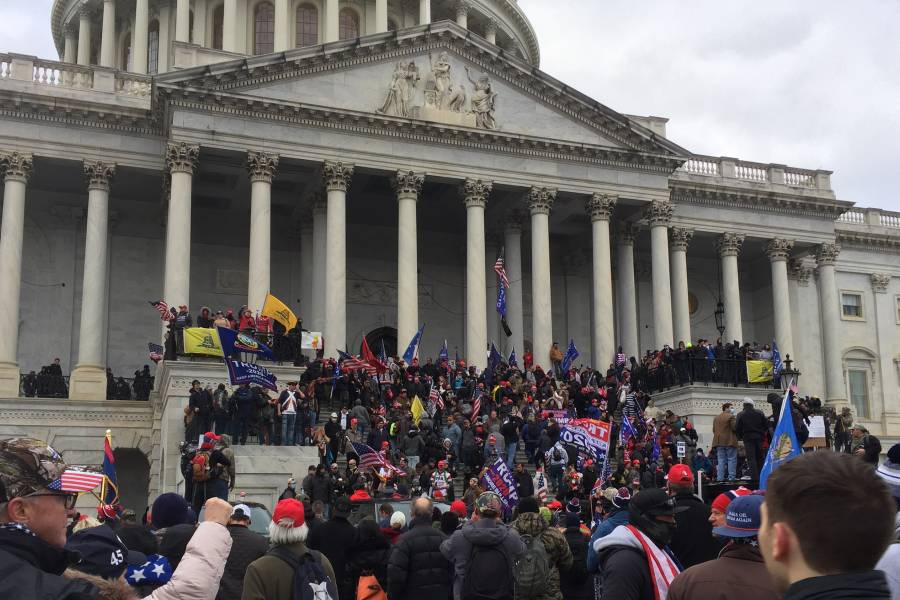 SNF Agora Institute online forum provides expert answers to questions surrounding the impact, implications, and legacy of the attack on the U.S. Capitol

The attack on the U.S. Capitol last week is now the subject of widespread federal investigations, including one homicide investigation, a national effort to identify who was involved in storming the halls of Congress, and a probe into the response by U.S. Capitol Police and other law enforcement agencies. Federal agents, members of Congress, and citizens alike want to know what happened, whether it was pre-planned or coordinated, and who was involved.

But the concerns that have arisen from Wednesday's events extend far beyond the bounds of simple crime and punishment. The insurrection raises questions about the very health of our democracy.

To provide answers and perspective, the SNF Agora Institute at Johns Hopkins University has launched an Ask Johns Hopkins Anything forum on its website where experts in political science, law, and history can directly answer the public's questions about the insurrection. The AJHA forum will be accepting questions through Jan. 13.

"We have witnessed an insurrection against U.S. democracy, instigated by its president, and people need a space to make sense of this moment and the historical legacies of violence and racism that made it possible," says Hahrie Han, inaugural director of the SNF Agora Institute and a professor of political science at Johns Hopkins. "SNF Agora wanted to find a way to support the Hopkins community, and to offer an opportunity to engage with each other and directly with experts who might provide some amount of clarity."

Responding to one AJHA question, Ashley Quarcoo, a visiting fellow of the SNF Agora Institute and an expert in democratic development in post-conflict countries or countries transitioning from authoritarianism, provides insights about how the insurrection will likely be perceived by dictators around the world.

"Larger than the riots themselves, authoritarian regimes will take note of the extreme efforts that a sitting U.S. president took to overturn the results of a legitimate election, and to attempt to incite his supporters to intimidate the Congress to do so when his own efforts were unsuccessful."
Ashley Quarcoo
Visiting fellow, SNF Agora Institute

"Larger than the riots themselves, authoritarian regimes will take note of the extreme efforts that a sitting U.S. president took to overturn the results of a legitimate election, and to attempt to incite his supporters to intimidate the Congress to do so when his own efforts were unsuccessful," Quarcoo writes. "They will use this as evidence that democracy is chaotic, unstable, and violent and to further legitimize the stability and security offered by authoritarian governance."

She adds that in fledgling democracies, where democratic institutions and norms are less stable, dictators may borrow the harmful rhetoric used to undermine the U.S. election to subvert their own democratic elections and processes.

Sebastian Mazzuca, assistant professor of political science at Johns Hopkins, suggests in his response to the same question that in the United States, at least, the insurrection could become a form of inoculation against further erosion of democratic norms.

"It all depends on whether this crisis makes U.S. democracy stronger or weaker in the medium run," he writes. "There are plenty of democratic challenges and fragilities but also tons of opportunities for American democracy to develop strong antibodies against populism and anti-truthism. If that is the case, authoritarians do not really have much to celebrate."

Members of the public have also submitted questions surrounding the legal consequences for those who participated in the insurrection and what power the president has to pardon them. Ronald Weich, dean and professor of law at the University of Baltimore School of Law, answers, explaining that so far, insurrectionists have been arrested on charges including unlawful entry, destruction of federal property, and various weapons violations. These charges are being filed in federal court and in the Washington, D.C., Superior Court, both of which fall under the president's pardon power.

"Yes, the rioters can be pardoned by the president," Weich writes. "He may be reluctant to do so after condemning them in his statement [Thursday] night, but he has that power."

"Yes, the rioters can be pardoned by the president. He may be reluctant to do so after condemning them in his statement [Thursday] night, but he has that power."
Ronald Weich
Dean and professor of law, University of Baltimore School of Law

Weich also discusses the legal process of the 25th Amendment, which outlines how a sitting president can be removed from office for being unable or unfit to execute the powers and duties of the presidency.

"The vice president and a majority of the Cabinet would need to declare that the president is unable to discharge his duties, but the president would then have an opportunity to contest that declaration and Congress would decide the matter," Weich writes. "Two-thirds of the members of both houses of Congress would need to vote to remove the president. In short, it is a cumbersome process that seems unlikely to play out quickly, especially since a number of Cabinet members have now resigned."

As the federal investigations proceed and Congress introduces articles of impeachment against President Donald Trump for the second time, Han is certain the public's questions will evolve.

"This is a rapidly evolving situation in our democracy, and we and our assembled experts want to do what we can to help our community make sense of its implications," Han says.

The SNF Agora Institute's Ask Johns Hopkins Anything forum will be accepting questions through Jan. 13. Submit questions about the insurrection online. 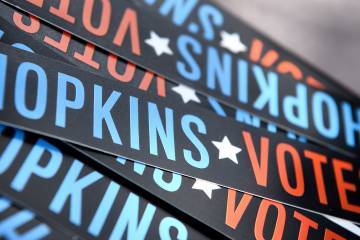 Published Nov 18, 2020
The courses will give students the opportunity to deepen their knowledge of the democratic process and bolster their civic engagement